What Is A Gender Reveal Party? All About The Newest Trend 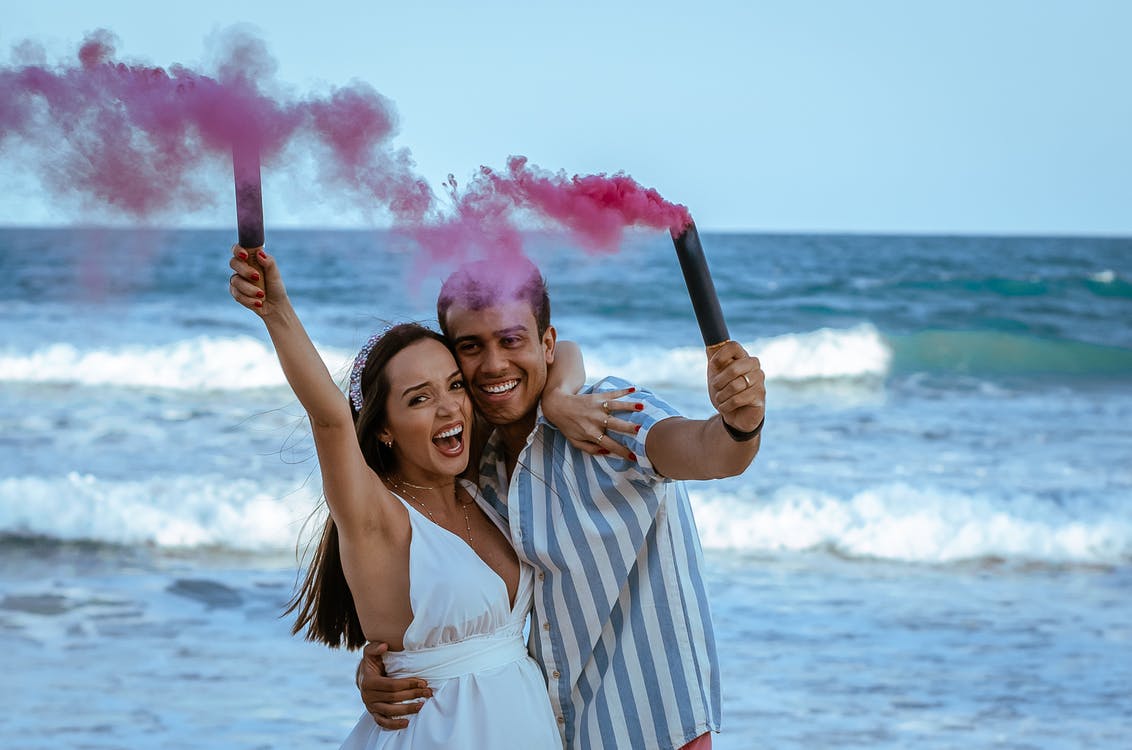 Finding out the sex of a new baby is an exciting milestone in many expecting parents' pregnancy journey.

It can be great fun to celebrate with family and friends, and is generally a good opportunity to get people together to eat cake and have fun! Unfortunately, there are some negative implications behind gender reveal parties, so we wanted to keep you up to date on what you're getting yourself into, just in case you've been thinking about throwing one.

We've put together some information about what gender reveal parties are, how to host one and how to navigate the negative side of the party. Whether you're for or against the celebrations, it's good to know what they're all about, just in case someone you know ends up inviting you to a gender reveal in the near future.

You can also make your pregnancy a little more comfortable by checking out these [sleeping positions during your second trimester] or learn more about an [unassisted birth].

What Is A Gender Reveal Party?

Ten years ago you'd be forgiven for having never heard of a gender reveal party, but today they are almost a pregnancy rite of passage and are becoming as regular as baby showers for welcoming new arrivals.

The premise of gender reveal parties is pretty simple. Instead of just finding out whether their new baby is a boy or a girl at their ultrasound, expectant parents ask the doctor to write the baby's sex on a piece of paper and use it to create a surprise to reveal the baby's sex to friends and family.

There are multiple ways to tackle the surprise aspect of the gender reveal party, from opening a box of pink or blue helium balloons, to a gender reveal cake that you cut into to reveal either a blue or pink interior. Largely the surprise will feature the colors pink and blue to represent whether the new baby is going to be a boy or a girl.

Ultimately, you can do whatever you want for gender reveal parties and reveal the baby's gender however you wish. Confetti, cake, and balloons are all common choices, but it could be fun to get creative and use a specially created scratch card or even a pink or blue mini firework display to create a wow-factor at your event.

You can host a gender reveal party at any time after your 18 - 21 week ultrasound, where your nurse or doctor can determine the sex of your baby. Most parents can't wait to find out, so will schedule a party for soon after the ultrasound, but others might choose to wait a few weeks or months, it's really up to you.

What To Bring To A Gender Reveal Party

It is nice to give gifts that parents can enjoy straight away and that can relieve a bit of stress from their pre-baby lives. Subscriptions to meal-services and spa packages are both welcome big gift ideas if your budget allows. Comfort is key when you're expecting, so new mothers will love fresh comfy pajamas or a dressing gown and slippers. You might also want to give special parent gifts, like mugs that say "mom" or "dad." These are especially great gifts for parents expecting their first baby when the excitement about becoming a parent is totally fresh.

There is a lot of talk around whether gender reveal parties are necessary, and scrutiny over the stereotypes we place on babies based on their biological sex. Ultimately, a gender reveal party isn't a necessity in your pregnancy journey, and a lot of expectant parents are choosing to boycott them.

Though the trend is primarily called "gender-reveal," it is actually more appropriate for us to call it a "sex-reveal," because we're simply referring to the anatomy of our new child. Gender identity can be different from the birth-assigned sex of a baby and develops in the many years after our baby is born. The idea that genitals equal gender is outdated and misleading, and can be hurtful to people who don't identify with their birth-assigned sex.

Societal changes have shone a light on transgender and non-binary rights, and defining a baby as "pink" or "blue" based on genitals doesn't fit in with the progression we're seeing in the journey to becoming a much more accepting society. Many activists are petitioning against gender reveals for this reason. Jenna Myers Karvunidis, who invented the party idea when pregnant with her first child in 2008, confessed on Twitter to having “major mixed feelings” about her role in popularizing the gender reveal, because of the negative impacts they can have.

As well as the psychological dangers of hosting a gender reveal event, there can be some very real physical dangers too, especially as stunts become more and more outlandish to make parties more exciting for guests. In February, father-to-be Christopher Pekny sadly lost his life when his gender reveal device exploded. In 2019, Pamela Kreimeyer, who was a guest at a gender reveal party was also fatally injured when a color explosion went wrong. In 2018, a man shot a target that was meant to explode with colored powder, which ended up sparking a huge wildfire in Arizona which wreaked havoc for an entire week and caused massive damage to wildlife.

If you do just want to celebrate the big milestone that is finding out the sex of your baby, then by all means host your own reveal party, and have fun doing so. Just ensure any reveal is risk assessed and deemed safe for all guests. We'd also recommend re-labeling it as a sex-reveal party to support our trans and non-binary peers, and being conscious of any stereotypes you might be placing on your baby.

If you found these gender reveal party ideas helpful, why not take a look at our guide to [vaginal change during pregnancy] and find out the answer to the question: [what do midwives do?]