Why Do Young Kids Love Unicorns Soooo Much? 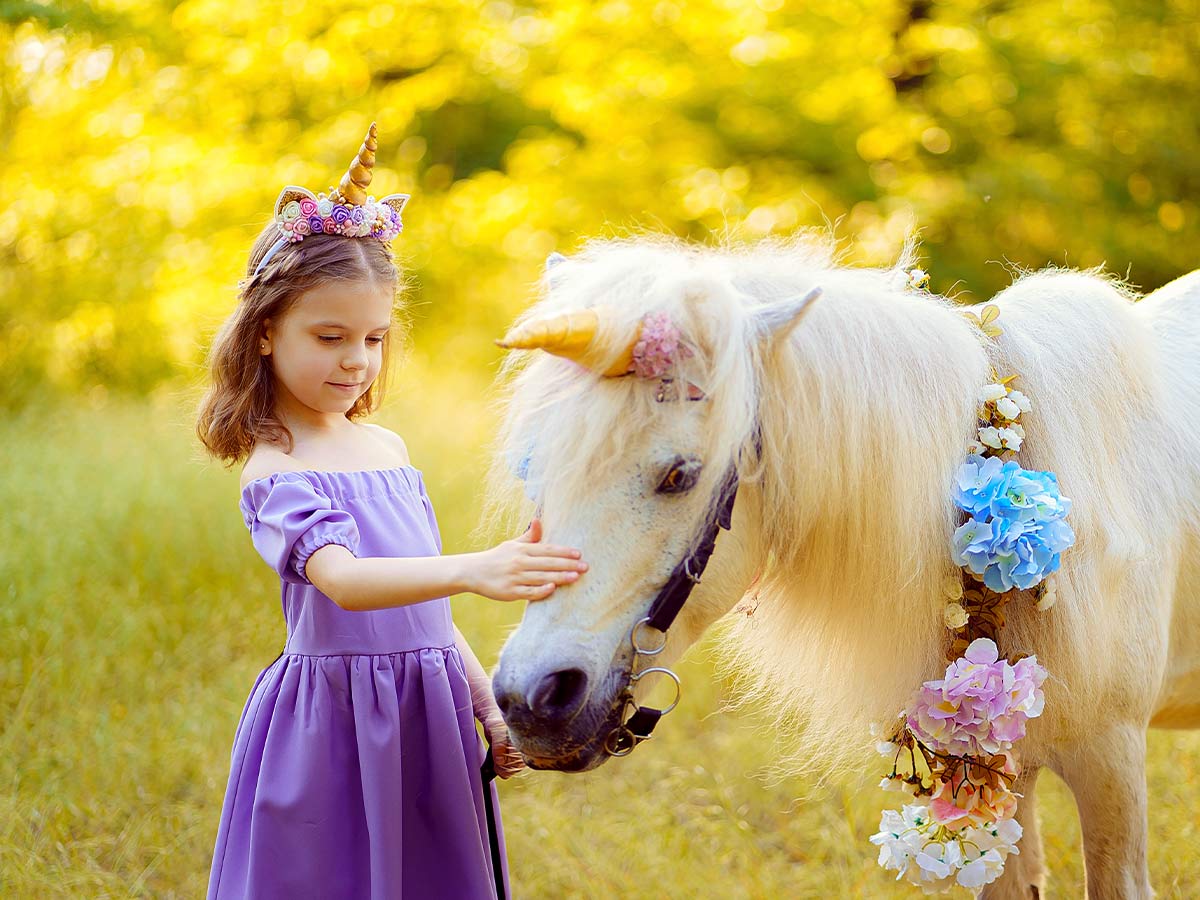 “Unicorn is MAGIC! Unicorn is MAGIC!” So hollers a flashy pink advert every time we dare turn to a commercial kids channel. I’m not sure exactly what brand of unicorn they’re peddling. I just know that they’re pink, glittery and MAGIC. And my daughter wants one. No, she wants three.

What is it about unicorns? Why do these mythical equines grip the juvenile imagination with such tenacity? Is it all conditioning from toy manufacturers, or is there some deeper lure - some horn-ed enchantment - that hooks itself into the preschool psyche?

My daughter cocoons herself in unicorns. They’re stuck all over the walls, they adorn her shirts, she sleeps with at least two every night. The poor fairies and mermaids barely get a look-in now she’s reached the unicorn phase. There is no escape from the sparkly hoofsters.

It’s funny. Before we had kids, unicorns played absolutely no part in our lives, whatsoever. I guess that’s true of most people without children. Now I find myself looking after ‘Princess Celestia’ (a regal unicorn) or Yasmin (a keyring unicorn) almost daily. We draw unicorns, paint unicorns, cut out cardboard unicorns, and watch TV shows about unicorns. We even have a footballing unicorn called Jurgen Klipp-Klopp - although I might have had something to do with his naming.

Why do kids love these creatures so much? Unicorns share the same allure as dinosaurs, fairies, pirate gold, space rockets and mermaids - all are exciting because they’re beyond everyday experience; unobtainable, even to grown-ups. Unicorns are also graceful, beautiful creatures in a way that the triceratops could only dream about. They’re gentle, they’re shy, they sparkle, they fly (sometimes). And they are almost entirely owned by children. We can think of grown-up movies about pirates and princesses and space ships and dinosaurs, but can you name a single film for adults with a unicorn as a central character?

There’s a lot to be said about unicorns, from their legends to their heraldry to the company they choose to keep. Below, we’ve poked our horns into some of the aspects your kids are most likely to ask about.

What Colour Is Unicorn Hair?

During my childhood, it was rare to see a unicorn that didn’t have flowing white locks. That was the look of the 80s. Now, everything is rainbows. A rigorously non-scientific analysis of the top Google image search results for ‘unicorn’ backs up this notion:

Rainbow manes are by far the most common. Many of the remaining unicorns featured rainbows on other parts of their bodies, or else weave rainbows with a flick of the tail (don’t ask where the crock of gold is lodged). Unicorns are also uniquely coloured on the inside. As Harry Potter fans will know, a unicorn’s blood is silver like mercury, and has special healing properties.

Should Unicorns Have Wings?

I’ve got two new words for you: pegacorns and alicorns. Both refer to the same thing, which is a unicorn with wings. The name ‘pegacorn’ is a combination of pegasus and unicorn; while the less common name of alicorn is also used to describe the substance from which the horn is made.

These are boom years for flying unicorns. I don’t remember ever seeing a pegacorn in my youth. Now they’re rife. But, in fact, the species has a very long tradition. The ancient Asyrrians often depicted winged unicorns as symbols of light. In the 1907 play The Unicorn From the Stars, WB Yeats gives the titular beast a pair of flappers. Perhaps the most famous example is Swift Wind, the faithful sidekick of She Ra, while the royal characters in My Little Pony are usually winged unicorns. So, yes, I think we see more of the creatures these days, but they’re certainly nothing new.

What Does A Unicorn Represent?

Unicorns are very common in heraldry. You’ll find one on the UK’s Royal Coat of Arms, for example, where it represents Scotland. The unicorn can symbolise many other things, including purity, grace, freedom and (in metaphor) rarity.

What Do Unicorns Eat?

The answer is surprisingly mundane. Your typical horned trotster browses on the same foods as any other equine: grasses, berries and other plants. Somehow, this gets internally converted into the species’ famously rainbow-coloured poop. How the creature’s digestive system accomplishes this will remain a mystery until someone can perform a unicorn autopsy.

What Is Unicorn Cake?

Unicorn cakes are increasingly common features of the dessert counter. The commonest form is an icing-covered sponge cake with rainbow effects and a central horn (perhaps an upturned ice cream cone or a swirl of fondant icing). The interior can be simple sponge, or else layered like a rainbow cake. Hundreds of recipes are available online, and we have our own Kidadl version right here.

Unicorn cakes aren’t the only foodstuff inspired by our horned friends. Have you ever seen a unicorn burger? These come in many shapes and forms, though the commonest sees a stomach-churning swirl of coloured creams and syrups within a speckled bagel. You can also get meaty versions, with a beef or venison steak made colourful with fillings such as red pepper, green gherkin and yellow mustard. Perhaps someone might like to market a veggie alternative called a uniQuorn burger?

How Can I Draw Or Make A Unicorn?

I’m pleased you asked, because we’ve got plenty of inspiration on Kidadl. Try our colouring pages for various designs to fill with rainbows. You could also take things off the page by attempting one of these origami unicorns. Or transform your kids into unicorns by following these steps to make a wearable unicorn horn.

What Are The Best Unicorn Toys?

You’re spoilt for choice. Toy shops these days have whole sections devoted to unicorns, from plush toys to space hoppers. We’ve put together a gift guide that features 10 of the best unicorn toys to consider.

We called one of our unicorns Jurgen Klipp-Klopp because we are a bit silly. You might favour one of these more traditional - if that’s the right word - unicorn names, drawn from both ancient mythology and modern storytelling. Do your kids know which films and TV series feature unicorns called Buttercup, Sparkle, Papoy and Majesty? Click through to find out.

Got Any Unicorn Jokes?

What do you call a unicorn who’s had a flu jab? An immunicorn. Hilarious, eh? You can find 69 further unicorn puns over on our jokes pages. We’ve also got a whole rainbow of unicorn quotes to keep young wordsmith’s busy. 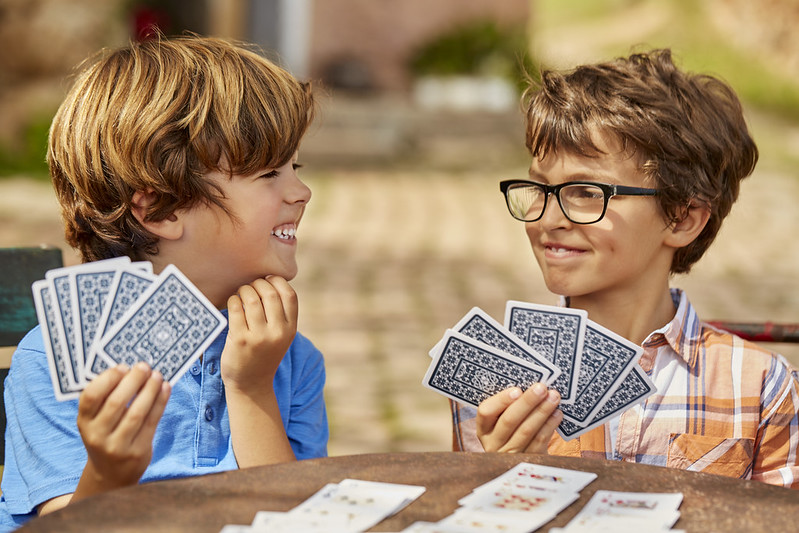 Playing Cards With Your Kids During Lockdown
James Vogl 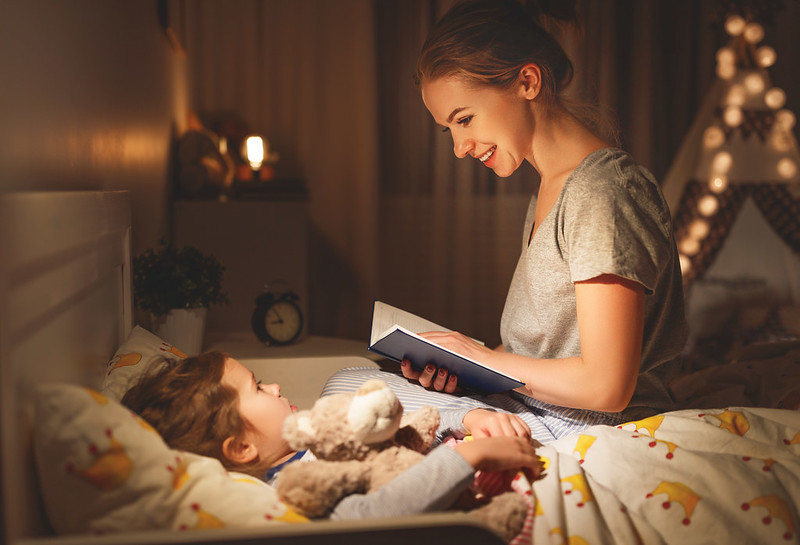 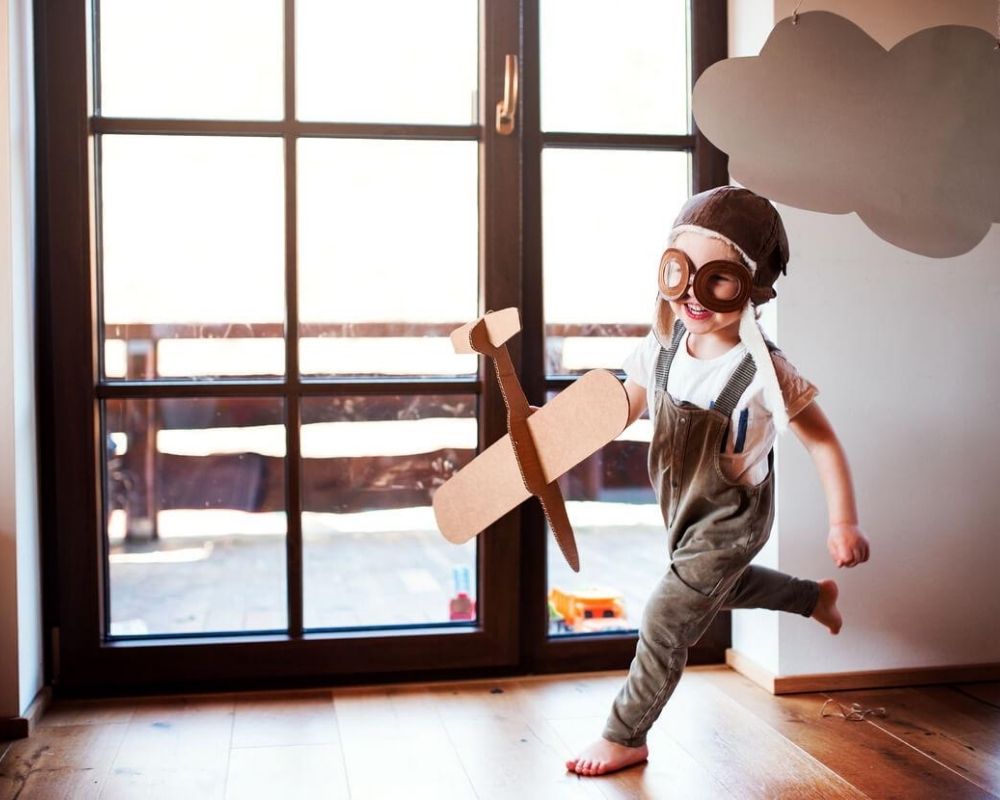 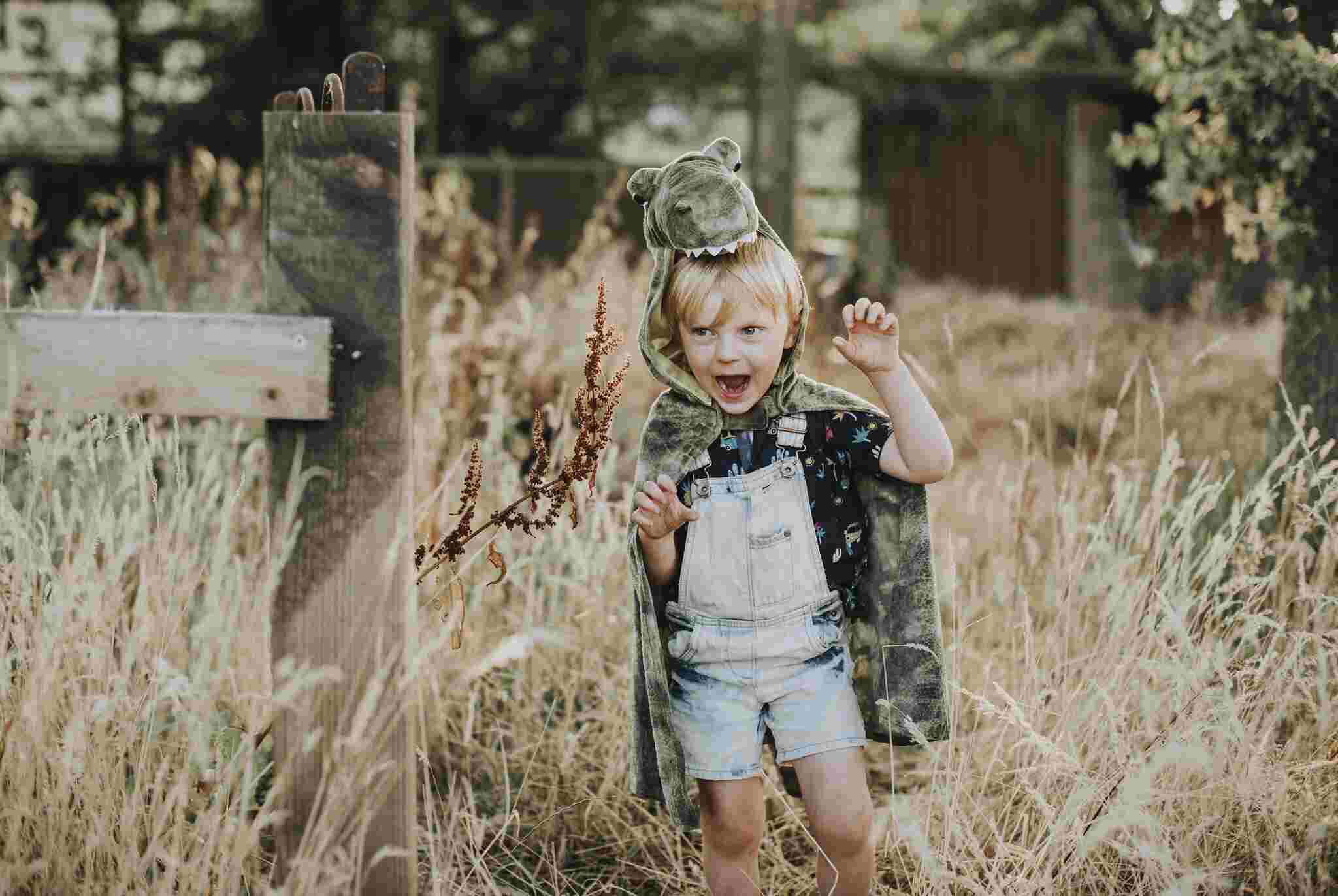 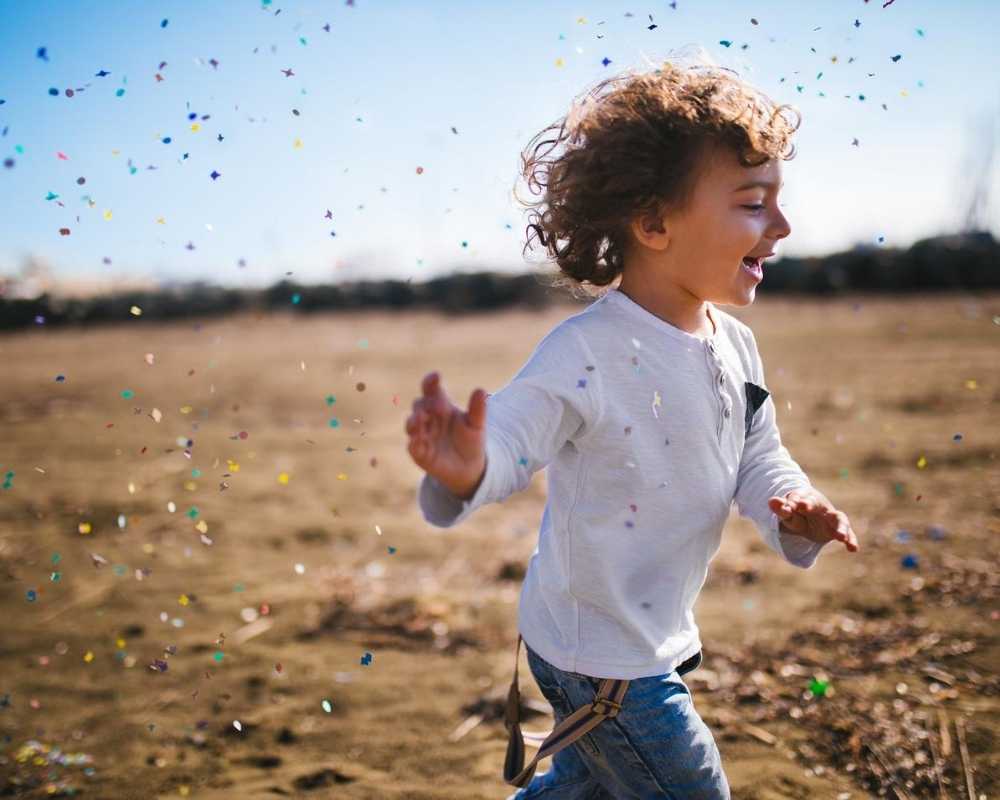 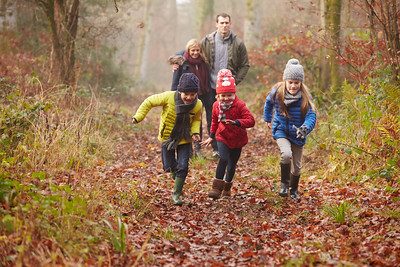