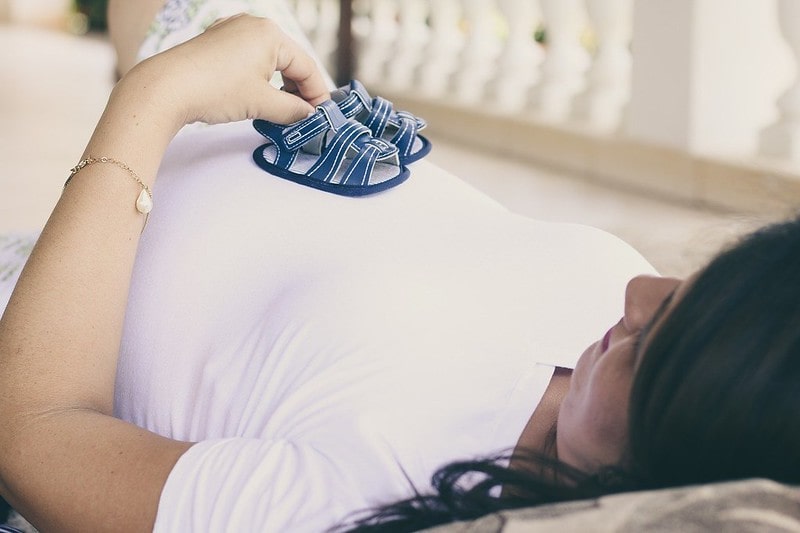 The world is full of fantastic baby names for boys, from simple three-letter names they'll have no trouble learning to spell, to distinguished-sounding vintage classics.

With so many great boys' names out there, it isn't always easy to narrow it down to just one or two to give your baby. We've done the research and pulled together a list of our 100 top baby boy names that start with the letter W to make them that bit easier to find.

What Are The Cutest Boy Names?

Everyone has a different idea of cute. As far as baby boy names go, every family has their own tastes. Your baby boy is unique, and no-one knows him better than you. From always-popular classic choices like William and Wesley to more modern names like Weston and Wiley, we've picked some of our favourite boy names starting with W to give you some inspiration.

Timeless classics,  these baby boy names that start with a W are popular for a reason.

These modern W names for boys will have your baby right up-to-date.

1. Weldon (Old English): hill by a plain. A good fit with the recent trend for boy names ending in -on.

2. Wendell (German): wanderer. This name has been on an upwards trend on many lists of baby boy names.

5. Wynn (Welsh): blessed. Can also mean fair or pale. This baby name follows the trend for names used for both boys and girls.

These boys' names beginning with W might be less popular than they once were, but they deserve reviving if you ask us.

1. Wallace: (Scottish/German): In its Scottish form, this name means Welshman, while in Old German it means peaceful ruler.

3. Wilfred: (English/German): peaceful. We're seeing a theme in these boys' names that start with W.

Religious Names That Start With W

Religious names are a long-standing favourite. Here are some of the best religious baby boy names that start with W.

1. Wahab (Arabic): giving; generous. Comes from one of the names of Allah.

3. Weslan (English): this baby name is a little mysterious: some sources suggest it means a follower of (the religious leader) John Wesley, while others say it means west land.

4. Wunand (Native American): God is good. One of the more unusual boy names starting with W.

These baby boy names that start with W are taken from myths and legends.

3. Wayland (Scandinavian): land by the road. The name of a smith with magical powers in Norse mythology.

These baby boys' names beginning with the letter W belong to famous characters from film and literature.

1. Watson (English/Scottish): son of Walter. The name of the doctor from the classic Sherlock Holmes stories.

2. Wayne (Old English): wagon-driver. Whether it reminds you of Wayne's World or you want to use it as a sneaky Batman reference, there's no shortage of references to this name.

3. Weasley (English): the surname of Harry's best friend Ron and his family in the Harry Potter series.

4. Westley (Old English): western meadow. Anyone who's seen The Princess Bride knows where this boys' name comes from.

These popular baby boy names that start with W have certainly stood their owners in good stead.

1. Walt (German): short for Walter, meaning powerful ruler, this baby name will appeal to the Disney fans out there.

2. Wentworth (Old English): It's a village in Yorkshire, but this boy name is probably best-known for belonging to actor Wentworth Miller.

3. Will (German): short for William. Lots of references to Prince William, as well as to celebrities like Will Smith.

4. Willis (French/English): really means son of William, but is probably better known for being the surname of actor Bruce Willis.

5. Wilson (English): son of William. Whether you're referring to Rebel or Owen, or even going for a vintage Beach Boys reference, this name has plenty of celebrity cachet.

6. Windsor (English): riverbank with a winch. The surname of the British royal family.

7. Wyclef (English/Jamaican): variant of Wycliffe, meaning village on a cliff. Most famous for being the name of the singer Wyclef Jean.

Place Names That Start With W

Lots of the most popular boys' names got their start as place names, and these boys' names beginning with W are no different.

1. Wakefield (Old English): wet field. This baby name is also the name of a town in Yorkshire.

2. Warwick (Old English): town near the weir. A town in the midlands which has lent its name to actor Warwick Davis, among others.

3. Washington (Old English):  the town of Wassa. The capital city of the USA which served as a namesake for author Washington Irving.

Surnames That Start With W

Many of the most popular baby names for boys were originally used as surnames, and these boy names starting with W are no exception.

4. Wells (Old English): from the spring.

6. Winthrop (English): from Wine's farm; from a friend's village.

7. Woodrow (English): row of houses by the wood.

Nature Names That Start With W

These boys' names beginning with W which will have your baby boy becoming at one with nature in no time.

3. Waylon (English): the land beside the road.

5. Willow (English): willow tree. Some people think this is a girl's name but many also think it's a lovely name for a baby boy. We'll leave it up to you.

6. Winter (English): the coldest season. This is another baby name that can be used for both boys and girls.

These bold baby boy names wear their meaning right out in the open.

1. West (English): the direction, West. This name can also be short for Weston.

3. Wisdom (English): a more unusual name choice, but a great value to have.

4. Wolf (German): as well as the obvious animal meaning, this baby boy name can also be short for Wolfgang or Wolfram.

W Names For Boys With A Double Meaning

These boys' names beginning with W have hidden depths.

1. Wade (English/Scandinavian): this name can mean river crossing, but can also mean traveller. Either way, this baby boy is going places.

2. Walker (English): although it means a person who walks today, this baby name comes from the Old English word for someone who makes cloth.

3. Warren (German): the original German word meant park keeper, but most people who hear this natural-sounding baby name will think of its more obvious meaning.

4. Wing (Cantonese): glory. Another baby boy name with a two-for-one meaning, this name means glory in Cantonese, but in English it's more likely to make people think of flying.

5. Worth (English): this baby name really means fenced farm in Old English, but has a lovely obvious meaning too.

6. Wren (Welsh): as well as being a bird, this baby name means chieftain in Welsh.

Short and sweet, these W names for boys don't have a letter more than they need.

7. Win (Old English): elf; magical being. This is another baby name with another, more obvious meaning.

These baby boy names starting with W are other languages' versions of classic English names.

1. Walerian (Polish): strong. An alternate spelling of Valerian, which is also the name of a plant.

2. Wassily (Russian): royal. This is the Russian form of Basil.

3. Wetu (Finnish): King of peace. The Finnish form of Frederick.

4. Wiktor (Polish): winner; victor. This baby name is the Polish form of Victor.

5. Wilfredo (Spanish): peaceful. This baby name is the Spanish form of Wilfred.

These boy names that start with W come from all around the world. They're classic boy names from different cultures.

If you're looking for something unique, take a look at some of these unusual boy names starting with W.

There are thousands of wonderful baby names out there, and these baby boy names starting with W are just a small sample. We hope this list of boy names that start with W has inspired you.