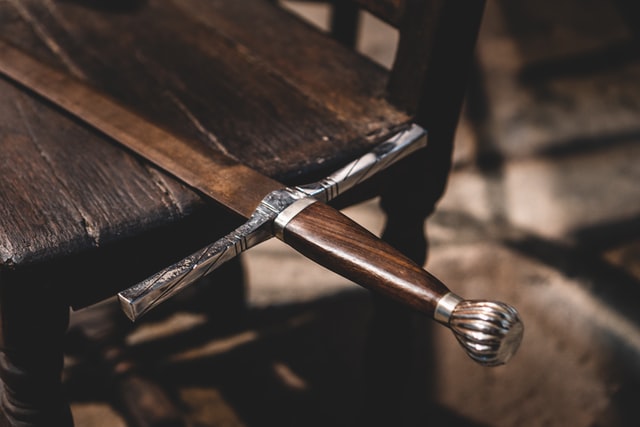 The Guardian of Scotland, William Wallace played a monumental part in the freedom of Scotland from English rule.

Sir William Wallace was born in Scotland to a landowner named Sir Malcolm Wallace. In 1296, King Edward I of England dethroned the Scottish King John de Balliol, following which he assumed the throne and became King of Scotland.

In 1297, William Wallace began the resistance against Edward's rule by leading a handful of men to capture a small Scottish town called Lanark by eliminating its English sheriff. He later captured the key strategic point between the rivers Forth and Tay. Soon after, they had to face an English army proceeding from across the river Forth. Although severely outnumbered, having the advantage of strategic positioning, William's army laid waste to the English army as they struggled to cross the narrow bridge across River Forth. After his unbelievable victory, he claimed Stirling Castle and brought freedom to his country, for which he received a Knighthood and was deemed as the Guardian of Scotland.

Scotland's freedom did not last long as King Edward soon began his invasion of Scotland again with a better strategy and bigger army, against which Wallace's army couldn't stand a chance. Although Wallace escaped, he was chased by his army and Scottish Commander John Menteith who was under Edward's influence. Wallace was detained in Glasgow on 5 August 1305. From here he was brought to London where he was declared a traitor and was hanged.

William Wallace's heroic deeds greatly influenced the rebellion against the English rule, after which under the leadership of King Bruce, Scotland eventually gained its freedom. Bruce was called a traitor based on the fact that he imprisoned Menteith instead of killing him, but, contrary to popular beliefs, Bruce never betrayed William and was merely sentencing a commander following his orders from his King.

William Wallace's story is depicted in the form of the superhit Hollywood film, 'Braveheart' starring Mel Gibson, which is known for its famous lines such as "They may take away our lives, but they'll never take our freedom!" and his final words in the movie "Freedom!"

We bring you more William Wallace quotes here, and if you're in need of more such heroic quotes, you will find them right here in our collection of [King and Queen quotes] and [Civil War quotes].

2. "And free man you are! What will you do without freedom?"

6. "In the year of our Lord 1314, patriots of Scotland, starving and outnumbered, charged the fields of Bannockburn."

7. "Here are Scotland's terms. Lower your flags, and march straight back to England."

8. "I see a whole army of my countrymen, here in defiance of tyranny! You have come to fight as free men."

10. "They may take away our lives, but they'll never take our freedom!"

12. "Now tell me, what does that mean to be noble? Your title gives you claim to the throne of our country, but men don't follow titles, they follow courage."

13. "There's a difference between us. You think the people of this country exist to provide you with position."

16. "The last time Longshanks spoke of peace I was a boy. And many Scottish nobles, who would not be slaves, were lured by him under a flag of truce to a barn, where he had them hanged.

17. "You tell your king that William Wallace will not be ruled... and nor will any Scot while I live."

18. "I think your position exists to provide those people with freedom. And I go to make sure that they have it."

'Braveheart' has some of the most captivating quotes from any war movie.

20. "Those men who bled the ground red at Falkirk, they fought for William Wallace, and he fights for something that I never had."

21. "I shall tell you of William Wallace. Historians from England will say I am a liar, but history is written by those who have hanged heroes."

Robert The Bruce: My hate will die with you."

23. "They are saying goodbye in their own way. Playing outlawed tunes on outlawed pipes."

24. "Sure didn't the Almighty send me to watch your back? I didn't like him anyway. He wasn't right in the head."

25. "I have nothing. Men fight for me because if they do not, I throw them off my land and I starve their wives and their children."

26. "Go back to England and tell them there that Scotland's daughters and sons are yours no more! Tell them Scotland is free!"

English Commander: I beg your pardon, sire. Wouldn't we hit our own troops?

28. "Who is this person that speaks to me as though I needed his advice?"

Here are some actual William Wallace quotes from the historical tale.

34. "As governor of my country, I have been an enemy to its enemies."

Here at Kidadl, we have carefully created lots of interesting family-friendly quotes for everyone to enjoy! If you liked our suggestions for 35+ William Wallace quotes from the Guardian of Scotland, then why not take a look at these [Queen Victoria quotes], or [Saint Patrick quotes] too?

Visiting Beaches With Kids: What You Need To Know
Alice Carlill
No items found.