60 Wolf Names From Around The World For Your Puppy 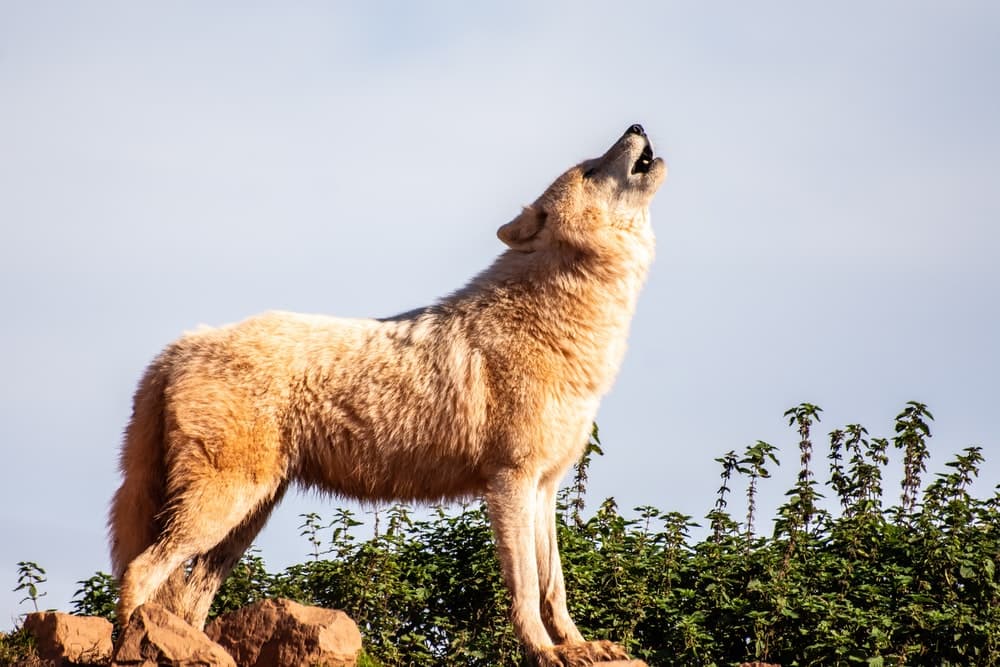 A wolf is a non-domestic, canine species that originated from Eurasia and North America.

More than 30 subspecies of the Canis lupus (that is the scientific name given to wolves ) are scattered around the world, as well as many hybrids with various furs and attributes. If you are looking for the a beautiful name for your puppy, this article provides over 60 great wolf names that could be an amazing name for your dog or puppy.

The main difference between wolves and their closely related, smaller species such as dogs and coyotes, is the difference in their physical hunting ability. Wolves are also considered an omen of good luck and health in many parts of the world, so it has not been uncommon for people to name their children or pets after wolves.

In this list we have gathered the best noble wolf names from around the world for your little puppy. We hope you find a name you love for your puppy!

For more pet naming inspiration, take a look at these Brindle dog names and these black dog names.

Wolf names have become a trend when it comes to naming a new puppy. A cute name for a young wolf that you will feel proud to say over and over again is what every dog parent needs. Here is a list of some cute wolf names, we hope it includes the perfect name for your puppy!

1. Aliska (German origin) Aliska is one of the best names for wolves, it is derived from the state of "Alaska".

2. Diva (Italian origin) is a popular wolf name that means "star" or "goddess".

3. Duke (Latin origin) Duke is derived from the rank of a King, which is a perfect name for the little canine who rules your heart.

4. Eve (Hebrew origin) the meaning of Eve is "evening " or "start of something beautiful", this is a noble name for a female wolf.

5. Frosty (English origin) originated from the word 'frost', it means "cold" or " chilly".

6. Lobo (Spanish origin) Lobo is a very popular name for a wolf that  means "wolf" in Spanish.

7. Lupus (Latin origin) meaning "wolf", it is a simple, sweet and easy to pronounce name.

9. Okami (Japanese origin) this Japanese word  for "wolf", is generally used to signify a "guardian deity".

10. Peta (Native American origin) Peta is a beautiful and crisp title for "wolf", it can certainly be used for dog names as well.

11. Taima (Native American origin) this name means "thunder" and is a cute name for a wolf.

13. Echo (Greek origin) is one of the cutest names for your little wolf pup.

14. Harou (Japanese origin) is a gender neutral wolf name that means "a wolf of the army".

Naming your pet wolf or dog one of these famous wolf names  based on mythical legends, films and TV shows is a great idea. Here are some of the most widely known and celebrated wolf names from around the globe. Which one will you choose?

16.Akela (Hawaiian origin) is a female wolf name derived from 'The Jungle Book'.

18.Embry (English origin) is a wolf from the 'Twilight' series, it is a rare female wolf name to say the least.

19.Grey Wind is a famous wolf name used in 'Game Of Thrones'.

20.Holo (Greek origin) is a wolf character in the 'Spice And Wolf' anime, the perfect name for both a young girl wolf pet.

21.Kodlak (Serbian origin) is a male wolf in 'Skyrim' and was known as the "harbinger of companions".

23.Lupin (Latin origin) is a famous wolf character from 'Harry Potter', it is derived from the word 'lupine', which means "wolf like".

24.Moro (Spanish origin) is a name from 'Princess Mononoke', meaning "strong" or "fierce". It is a famous wolf name.

25. Nymeria (Greek origin) is one of the most famous female wolf name from 'Game Of Thrones'.

26.Raksha (Indian origin) is a female wolf name from 'The Jungle Book', it means "protect" in Hindi.

27.Rockruff (Iwanko origin)  is another wolf name from the 'Pokemon' world, it can be a befitting name for a young wolf.

28.Shaggy originated from the character of Shaggy in 'Scooby Doo', a good choice for dog names and can be used as wolf names as well.

29.Sirius is the most famous wolf out there, from 'Harry Potter', the name can be used for your little wolf puppy.

30.Stark (Germanic origin) is a 'Game Of Thrones' house which has a wolf as its symbol.

31.White Fang is generally used as a noble wolf nomenclature in the 'White Fang' series.

33.Ash (Germanic origin) is another  gender neutral wolf name, why not name your pet wolf after the famous anime protagonist from 'Pokemon'?

35.Blizzard (English origin) is a wolf name that means "storm".

36.Blue (Germanic origin) this short and sweet wolf name will sound good both as male and female wolf names.

39.Luka (Russian origin) means "light" in Russian, this is without doubt a cool name for wolves.

40.Nova (Latin origin)  is derived from the word "supernova" this is a creative gender neutral wolf name.

41.Neige (French origin) is quite a famous wolf title which means "snow" in French.

42.Onai (Indian origin) is one of the cutest names that mean "wolf" in Tamil.

43.Sabre (German origin) means "sharp", usually this is a male name but it can also be used for female wolf names too.

44.Silver (Germanic origin) is perfect for a silver haired puppy or a grey wolf of any gender.

45.Susi (Italian origin) is one of the cutest female wolf names that would also be a great choice for boys.

46. Tundra (Russian origin) is is a good female name for a wolf and is one of the popular names that mean "wolf", it can also be used for males too.

Wolves' names are often funny. This list of funny wolf names will hopefully inspire you to pick the best name to suit your new crazy puppy's wild personality. Make others laugh as you call your dog's name across the park by picking one of these funny names!

47.Aurora (Greek origin) this wolf name is perfect for a dog that will be living in a cold climate.

48.Destiny (Latin origin) is wolf name for a dog with the power to create their own destiny.

49.Dixie (Southern American origin) is based on the mythical beings known as "pixies". This name is a great addition to our list of female wolf names.

50.Fenrir (Norse origin) this is the name of a Norse God.

51.Gertrude (Germanic origin) is a royal name for a "royal wolf".

52.Ivory (Egyptian origin) Ivory is a rare name for dogs and wolves, it means "unique and attractive".

53.Klondike (Canadian origin) is a wolf name inspired by the Yukon region in Canada.

54.Network is a great wolf name that means "deep connection with everyone".

55.Night Eyes is a cool character name for wolf.

56.Razor (Old French origin ) a wolf with a razor sharp personality could be described as "sharp and witty".

57. Sebastian (Greek origin) this name is inspired by a famous butler from the anime world. It is about as cool as a wolf name can get.

58.Shadow (Germanic origin) for wolves with dark fur, this could be the perfect name.

59.Tamaska the name Tamaska means "wolf", it can be used for both male and female wolves.

60.Wolverine is a legend, and one of the strongest characters in the movie 'X-Men'.

61.Xerxes is the name of a Greek ruler, the name means "to rule over others". It is the perfect wolf name for the dog who rules your heart!

62.Adalwolfa (German origin) is a name for a girl wolf which means "noble she-wolf".

Kidadl has lots of great names articles to inspire you. If you liked our suggestions for wolf names that would be perfect for a pet wolf or a pet dog, then why not take a look at this list of Husky names, or for something different take a look at these Direwolf names for some fantasy inspired name ideas.

7 Positive Ways To Encourage Teens To Get Out Of Bed
Eleanor Gustard
No items found.