20+ Yoda Jokes That Laugh You Will At! 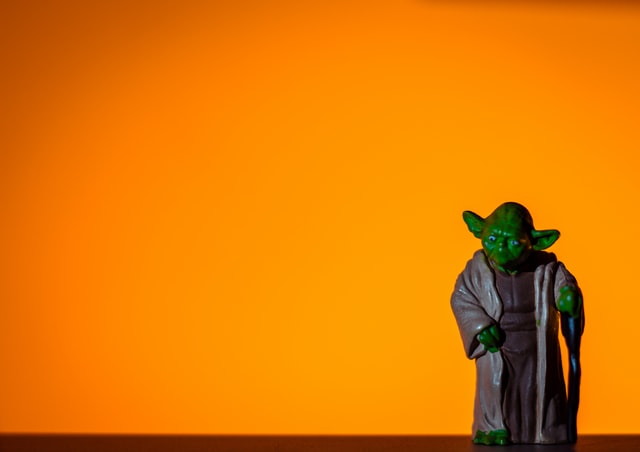 Everyone knows Yoda! And if chances are, you don't, then here are some significant facts about him for you to get to know him better. Yoda is one of the most iconic names in the Entertainment industry. The character was voiced by legendary voice actor Frank Oz in most of the installments in the franchise. He's also been a mainstay in five Star Wars movies! He was one of the most sought after Jedi Masters in all of the galaxy and one of the best light-saber duelists in existence! He also mentored the young Luke Skywalker to reach his potential, bringing balance back to the Force. Don't let his small, cutesy appearance fool you, because it is said that Yoda was so immensely skilled, he achieved the rank of Jedi Master in less than 100 years, quite an achievement for someone who lived 900 years!

Funny these jokes are! We're sure a Yoda joke or two from this list will make you smile.

1. What did Yoda say when he saw Luke struggling to eat noodles? Use the forks Luke!

2. What kind of car is Yoda's favorite? A To-Yoda!

3. Why did Yoda participate in X-Factors? Because he was good at Yodaling.

4. What does Yoda do when he's tired of Luke's questions? Ewoks away.

5 . Why was Yoda hired at the greenhouse? Because he had green fingers!

6. Why didn't anyone trust Yoda with driving? Because every time off course, he was.

7. Because Yoda was in charge. Why was the joke in the punchline?

8. What did Yoda say when he saw a remastered version of himself? HDMI?

9. Who raised baby Yoda? Baby Yoda was raised by the Man-dad-lorian.

10. How did Yoda convince Luke of his hidden power? He force-d him into using it.

11. Why did Anakin Skywalker cross the road away from Yoda? To get to the dark side.

12. Why did Yoda refuse to believe that Obi Wan had a twin? Because there can only be Wan Kenobi.

13. What do you call it when our beloved Yoda looks into the camera and talks to the viewers? Breaking the force wall.

14. What did Yoda say when Chewbacca made a stupid error? "A wookie mistake it was."

15. Why were Qui Gon Jinn and Yoda frustrated at their young Jedi's progression? Because Obi Wan more time to develop!

16. Why was Yoda sure of the Jedi's victory against the Sith? Because Yoda knew they had a Mace up their sleeves.

17. What did the Yoda say to his apprentice who kept failing at using the Force? Don't worry, Wan Kenobi perfect!

18. Why was Yoda tired of constant Star Wars jokes? Because force-d on him, they were all the time.

19. What is Yoda's favorite way to get a result? A Tie-Breaker.

20. How did Yoda wish good luck to his colleagues when he got a lisp? "May the 4th be with you."

These knock knock jokes have got the Force with them!

Yoda the one for me!

Yo dialed my number and called me here!

Yoda such a good kid.

Yoda-mands are getting out of hand!

We promise these jokes aren't force-d! Take a look at few of these best Star Wars jokes!

26. Why are the stormtroopers afraid of the Mall? Because of all the Ele-Vaders.

27. What would Star Wars Episode One be called if it was shot in Italy? The Phantom Venice.

28. How did Luke Skywalker survive the fall when he faced Darth Vader? He had a luke-y break!

31. How many Star Wars characters does it take to change a lightbulb? Obi Wan!

32. Where did Princess Leia go shopping? The Maul.

33. Why did Princess Leia keep failing her programming classes? Because she hated doing Jabbascript!

34. Where did the Stormtrooper with a lisp go? To the Sith floor.

35. What did Darth Vader put on top of his Christmas tree? A Death Star.

36. What did Darth Vader get for Christmas? A Luke-warm hug from his son.

37. Why did the classical composers rally against the Empire? Because the Empire kept striking Bach!

38. What is a Stormtrooper's favorite star? The Sun. Because nobody can miss it!

39. What was the German Star Wars fan's favorite dish? A Star Wars-t.

40. What did Luke do to the Chancellor of the Galactic Empire? He beat him to a pulp-atine!

41. Why did the Sith lords not allow Yoda to change the lightbulb? This was because they'd rather be in the dark!

42. What happened when Vader got to know about the Stormtrooper's incompetence? He was sith-ing with anger!

43. When and how did Anakin fall in love with Padme? The moment Anakin laid his eyes on her because it was love at force sight.

44. Why was Anakin so easily brainwashed into joining the dark side? Because he jumped to Alderaan conclusions.

45. Why was the Yoda sitting in a dark room even though he had electricity? Because he had with him his light-saber.

46. Why was the electrician experiencing difficulties fixing the power outage at the rebel headquarters? Because of all the resistance.

47. What did Yoda call a Star Wars fan who sneaked onto the sets of the movie? "An in-vader he is!"

Here at Kidadl, we have carefully created lots of great family-friendly jokes for everyone to enjoy! If you liked our suggestions for 20+ Yoda Jokes That Laugh You Will At!, then why not take a look at Star trek jokes or alien puns.