111 DnD Tavern Names To Inspire You 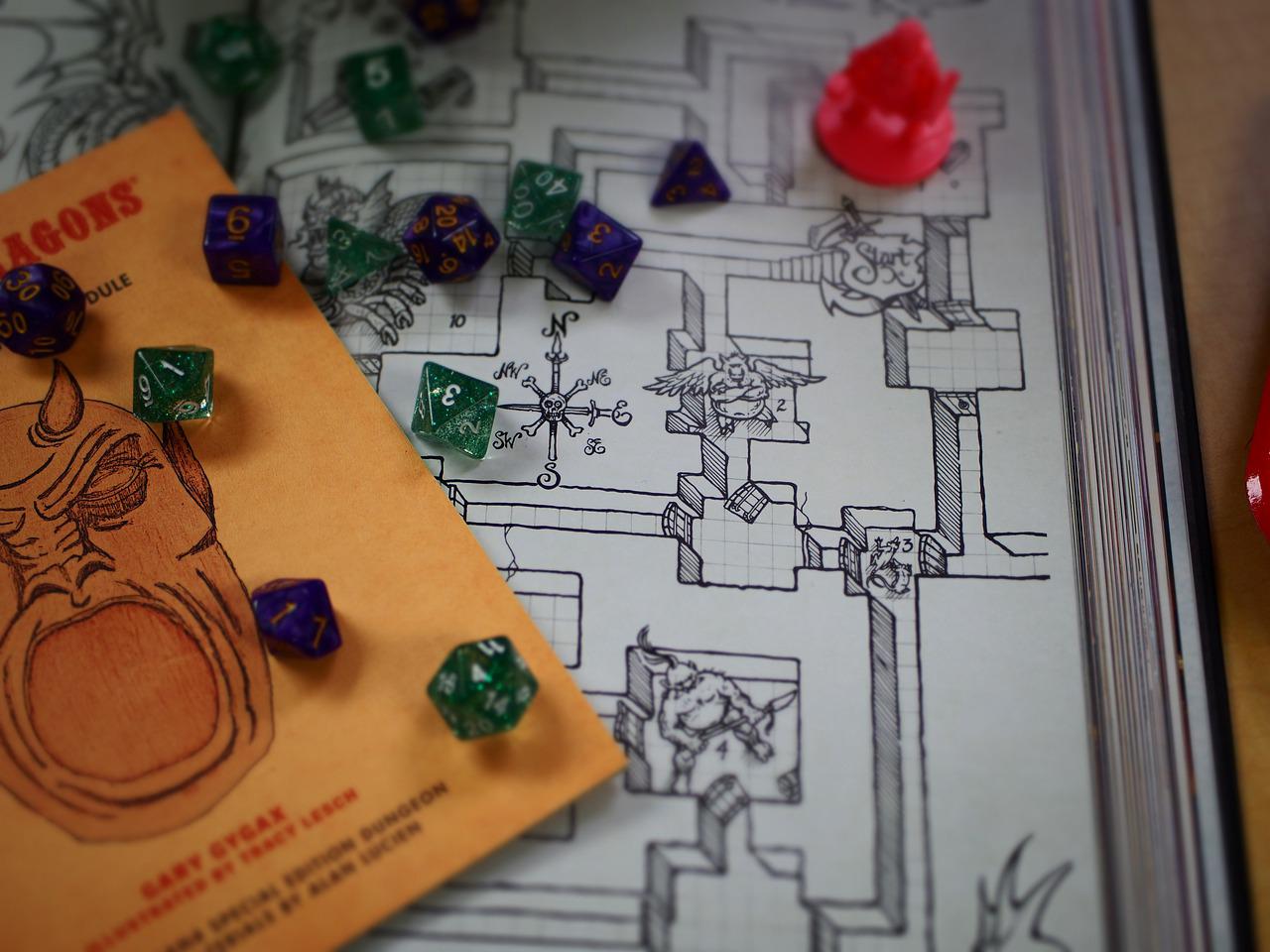 While playing the popular fantasy game, Dungeons and Dragons, have you encountered a drunken player looking to rest?

Well, that thirsty stranger would have had a lot of ale at a tavern, but what is the tavern name? Stop scratching your head, as this is where your creativity must come to the fore in the fantasy world to think of a unique name for a tavern for all the drunken players.

Dragon's Dungeon, Thirty Party, Flying Unicorn, Dancing Duck, Blind Crow, Lord Eagle, Rogue Minotaur, Prancing Horse, Thirsty Dungeon, and Crooked Bard Barrel are some of the names for your inns that will make others drop everything and head straight to the tavern for dancing and laughing.

If you wish to get some puns for creating a laughing world in the game, then try out The Flying Dragg Inn, The Cat Swagger Inn, The Comeon Ale Inn, Dew Drop Prancing Inn, or Blind Rogue Fish.

First, we have a list of some cool names for the latest edition of Dungeons & Dragons. Last Minotaur, Crow Eagle, and Last City are some interesting names from which you can select the one name that resonates with you. When you feel like you can’t think of any more new tavern names, this list will be your rescue.

Drunk & Dragon, a pub right across from the Drunken Dragon.

Inner Peace, a tranquil and quiet place, with a special room for mediation.

Moderation, a place where everyone drinks in moderation.

Murdoch's, a casual name for a casual tavern owned by a casual Murdoch.

New Beginnings, a tavern run by a group of retired adventurers.

Nobody's Tavern, a perfect name for a do-it-yourself property that doesn't have a staff.

Old Ironsides, a circular building built around the base of a massive tree.

Rising Sun, a clever name for a bar right next to the Setting Sun.

Savage Spirits, a pub where the ghosts beat up unfriendly clients.

Setting Sun, a funny name for a bar right next to the Rising Sun.

Tar-Di-Tavern, a fan service for all Whovians; it’s bigger on the inside!

The bat and Moon, a dark pub run by a bat.

The Dragon’s Slither, the coolest name for a property owned by a famous dragon killer.

The Drunken Sailors, a tavern filled with barkeeps who are all drunk sailors.

The Full Plate Tavern, a place where all food is served and always in large portions.

The Gutted Fish, a dockside alehouse that smells terrible.

The Hobbit Hole, a tavern where the door is too small for humans.

The Inn Hospitable, a hospitable inn run by an old lady.

The King's Spleen, a tavern with a glass showcase of the town’s last King’s spleen.

The Minotaur's Head, a place with an actual minotaur's head mounted on the wall.

The Noisy Inngot Tavern, a small inn in a mining town.

The Redder Lion, two bars owned by siblings who pretend to hate each other.

The Silent Inngot, a fun name for a small inn in a graveyard.

The Spinal Tap, is a unique establishment with a spine-shaped bar tap.

The Tumbling Centaur, a bar run by a Centaur with a limp.

The Ugly Mug Tavern, a tavern famous for its mugs that are hand-carved from wood that’s irregularly shaped.

The Virgin, an inn that’s painted white and only serves non-alcoholic beverages.

The Wind in Yer Ales, a rowdy tavern, home to many current or former seafarers.

The Wizards Staff, a pub where the staff comprises Wizards who are forbidden to use magic.

Selecting one of the good DND Tavern names is one of the favorite activities for players, some do it in teams, while others do it by themselves. In this section, we have some really good DnD tavern names that you will love. These are specifically for those who don’t want to mess around and want to pick some awesome names for their taverns.

Black Dagger Sheep, run by the black sheep in a merchant guild family.

Bliss, the perfect name for a bar hosted by a former adventurer or barbarian.

Cloak And Stagger, a bar where everyone has their faces covered or obscured.

Fortnight Inn, a pretty cool name for an inn in the middle of a small mountain town.

Fortune's Wheel, a fun place where you spin the wheel to decide your drink for the night.

Free Doc, a place with a resident healer stays for free and can help everyone with their ailments.

Lie, Drink, And Steel, the perfect name for an inn next to an ironworker’s guild.

Lily House, a beautiful tavern that is overly decorated with lilies.

Sleepless Scholar's, a special inn where all scholars get to have free drinks.

The Axe No Questions, a quiet tavern for discreet meetings only.

The Banshee's Whale, a tavern in a coastal port town popular for sea-farers, with a giant whale on the signboard.

The Beerholder, has the skull of a beholder mounted behind the bar.

The Dragon's Tale, run by a very old Dragonborn who loves storytelling.

The Giggling Gnome, a jovial hangout run by a cheerful Gnome.

The King's End, a shady place built from the last King’s bones.

The Lost Mug, a cool name for a bar offering amazing home-brewed beer.

The Merl Inn, run by a self-entitled snob of a wizard named Merl.

The Overlook, an inn where the patio has a nice view of the landscape.

The Phylactery, a perfect name that aims to bring together guests from all walks of life.

The Plight of the Pint, a perfect name for a beer bar.

The Scaled Back Tavern, has a sign made over a carving of a dragon.

The Staggerin' Dragon, run by a drunk dragon.

The Surly Shepherd, a place with the sign of a shepherd holding two sheep.

The Verbing Noun, a thoughtful name for a chain of taverns.

Now, buckle your seatbelts because this list is going to be a wild ride with some of the funniest tavern names ever. Open your notes app, find out an amazingly attractive adjective and start jotting these down if you are serious about your name game.

Brawl Fist Inn, an inn where the only accepted currency is punching.

Britches And Hose, a tavern run by a tailor.

Hiccupping Hurley's, run by Hurley, who can't stop hiccupping while serving your drink.

Lusty Barmaid, a bar run by a vivacious lady.

Rock Bottom, an ideal name for a bar that offers amazing cocktails and drinks.

The Adjective Noun, a classic name for your tavern.

The Adventurers' Arms, have the arms of some adventurers on the walls.

The Drowning Cat, has the sign of a cat perched on a mug of beer covered in foam.

The Fanciful Unicorn, serves only mixed drinks because nothing there is straight.

The Hideous Child, a tavern run by a really ugly child.

The Jamm Inn, the best place if you like to dance.

The Knight's Wind, a place where a knight in full Armor is bent over, letting one rip!

The Lost Road, a shady pub on the edge of a lost road.

The Owlbear, a perfect name for a bar that is open till the wee hours of the night.

The Queen's Head, a tavern with the severed head of a beautiful Queen.

The Ragged Witch, an inn owned by an old, warty witch.

The Sinking Stone, an old stone tavern next to a river.

The Spanking Monkey, a pub run by a monkey where every client gets a spank!

The Swagging Dragon, run by a dragon that oozes swagger.

Trichinosis Tavern, has a sign that says 'Try our famous pork sandwich'.

Do you love puns too? DnD tavern names often include some of the best puns to be ever created, here is a list of a few of them. So, if you are a sucker for puns then keep reading and check out the best pun tavern names.

A Flagon In A Dragon, famous as its interior is the rib cage of a long-deceased dragon.

A Good Knight’s Rest, an inn for traveling knights to lay their weary heads.

Ales Well That Ends Well, a friendly and fun bar.

Catch Her In The Eye, has all the mugs shaped like an eye.

Find Kindness Inn Your Hearth, an amazing name for a place that is run with a lot of love and care.

Haulin’ Ass Inn, the sign has a heavily treasure-laden donkey.

Minor’s Miners, probably the best pun for a tavern for miners run by a child pretending to be a halfling.

Muddy Buddies, a pub where the inside is dirtier than the outside.

Nosey Hare, a gross but appropriate name for a bar where the owner is interested in everyone’s affairs.

Puzzles, the best name for a tavern and the puzzle is wondering why it’s named Puzzles.

Sweet Retreat, a bar and pastry bakery that concocts its own candies.

The Darkvis-Inn, a tavern hidden far outside town.

The Dive Bar, an ideal name for a dive bar where anything goes and all are welcome.

The Don’t Go Inn, a pretty uninviting place that smells like death.

The Half Pint, caters exclusively to the little folk.

The Innuendo, run by a man wearing black leather pants and heels.

The Laughing Table, perfect for a place that offers a gala time to its guests.

The Mermaid Tale, hosted by old fishermen and sailors who spin unbelievable yarn.

The Rub n’ Grub Pub, a place to enjoy a massage and food.

The Step Right Inn, has the perfect sign, 'If the puns are upsetting you, you need morale.'

The Wet Whistle, has a pouring tap shaped like a whistle.