87 Fire Dragon Names To Light Up Your Fire | Kidadl

87 Fire Dragon Names To Light Up Your Fire 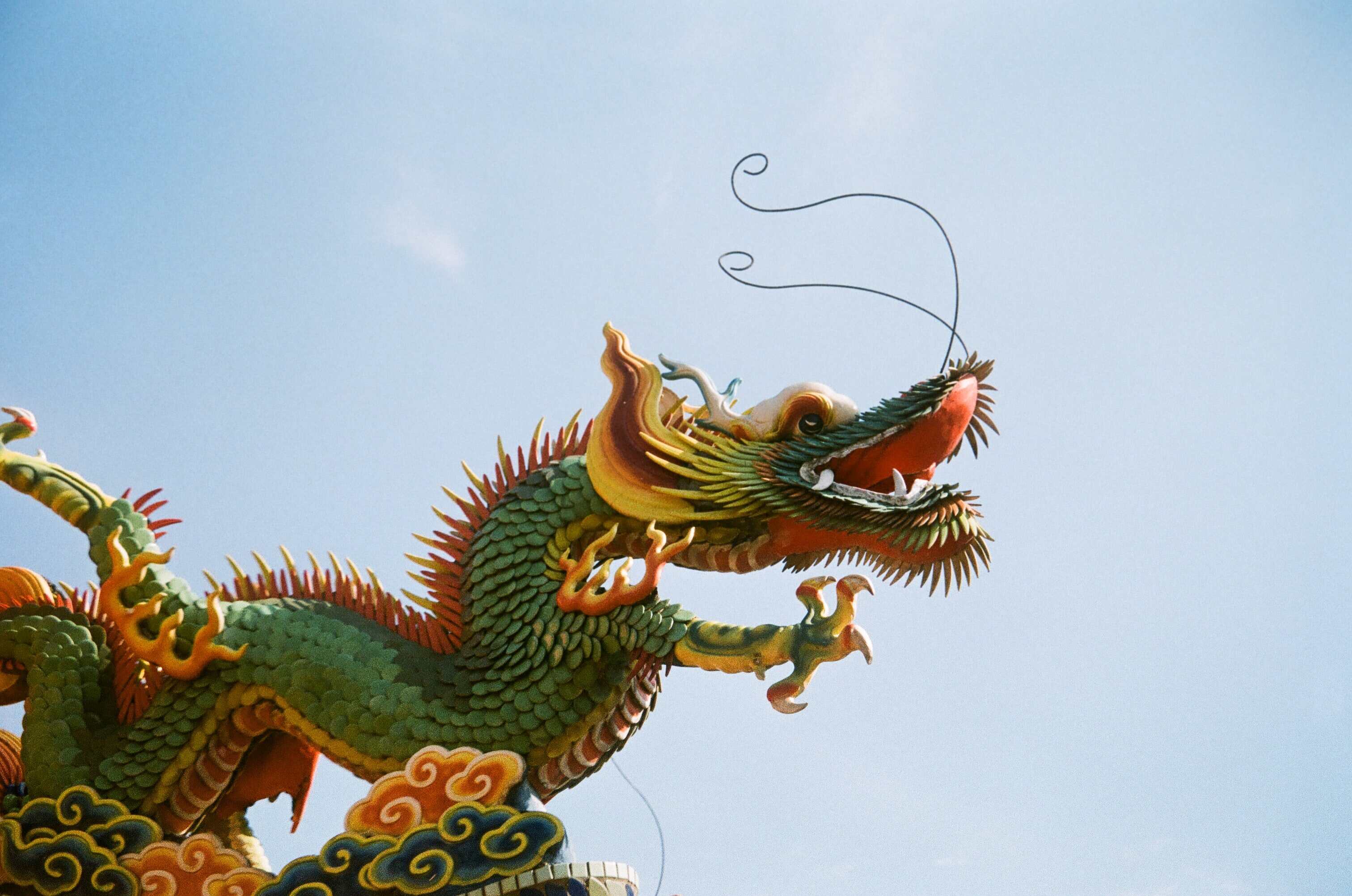 Fiery dragons blowing flames, red-hot eyes, and petrifying aura are enticing in their own manner.

Fire dragons from legends and folklores are mythical creatures that have piqued the interest of people for ages. Fire dragons, also called Draco Ignis, are the oldest Dragon species that vary in sizes, colors, shapes, relations, and subspecies.

Some old wives’ tale recounts that fire dragons are descendants of stars while they acquired their ignition powers from the sun. These fascinating creatures deserve a cool introduction. There are countless fiery dragon names in this list that has been curated for you.

Female fire dragons are scaly, have huge bat-like wings, and bluster flames from their terrific mouth. However, female dragons are less aggressive as opposed to male fire dragons. They have been looked at ambiguous among different cultures, some view them as evil while others take them as emblems of hope and prosperity such as in China. Here is an elaborate list of female dragon names for you. Read on!

Barak originates from a Hebrew word that means bolt of lightning.

Bahoz is a Kurdish word for storm. You can choose this name for your dragon!

Blaze is a Latin word meaning fire-breather. If your dragon breathes fire, this name would be apt!

Shyrlonay is a powerful dragon name meaning destroyer of life.

Dark Dragon is a powerful and evil fire dragon that appears in the Wanderer Collection.

Drogon is an English word that means dragon. This is also the name of Danerys Targaryen’s dragon in the Game of Thrones series.

Griffin is an Irish origin word meaning fierce little dragon, can be a splendid name for your baby dragon!

Ramman is an Akkadian origin word that means one who thunders.

Ranto originates from the Japanese tongue which means tempest or storm.

Annabelinda is a composite word from Latin that means gorgeous or gracious serpent.

Amelinda has its roots in the German language, which means feeble worker or work serpent.

Tanit is inspired by the Phoenician mythical creature, either goddess of love, stars, or moon. It may also mean a serpent woman.

Tiamat originated in Babylonia, where Ti implies life and ama means mother, thus, making it the mother of life. This dragon is also featured in Dungeons and Dragons as well.

Quetzalcóatl is also called Aztec Dragon which was one of the most worshipped gods in Mesoamerica.

Balerion is another cool dragon name that means hope.

Pendragon is a Celtic origin word that implies the chief dragon.

Adalinda means noble serpent and has several variants like Adelinda, Adelonda, Aethelinda, Dalinda, and so forth.  You can choose this name for a baby girl.

Fire dragons are behemoth serpentine, winged, and scaly creatures that blow fire. These beasts have been introduced to us through mythologies and folklores. Here is an elaborate list of wings of good fire dragon names you will love!

Chairvyd is indeed a snazzy name you can choose for your dragon.

Zurden is a Chinese origin word that means one who is scary, or black dragon river.

Byrve is another spiffing name you can choose for your fiery dragon.

Xalzrero can be another cool dragon name for your fire-breathing winged monster.

Yndrid is another name you can pick that will suit your dragon’s personality!

Colbeala is a dragon name that can be a perfect fit for your dragon.

Deavidra is a name that will cheer up your winged dragon, that will breathe more flames out of happiness!

Gifpreisa is another dragon name you can select for your behemoth.

Qaris is a dragon name your leviathan will appreciate. Grab it!

Neilbontess is another dragon name you can pick for your uncanny, monstrous pet.

Kaghet is another dragon that suits the fiery personality of winged dragons.

Pymecronth can end your quest for a sophisticated dragon name!

Gemmat is another name you can pick for the behemoth that you have welcomed in your family.

Ity is a cute name for your fiery but innocent dragon!

Maildryntys can cheer up your dragon when you will confer this cool dragon name to your monster.

Torrim is another lit dragon name option just like your dragon’s flaming breath!

Bonnoss is another slithery name for your monstrous, scaly friend!

Aidinth is another dragon name you choose for your outlandish pal, that winged dragon of yours.

Brodryn is another dragon name your dragon character will thank you for!

Yvri is another perky name that matches with the personality of your huge winged dragon flaunting its fire!

Cozenth would be another nippy name for your burning breath creature! Grab it, before anyone else does!

Buldrat is another name you can choose for your dragon. That angry monster will adore you for the choice!

Brotunas is a dragon name that will suit the personality of your flaring winged dragon.

Bomris is another dragon that means a champion of the black.

Fire dragons breathing fire, such a scene in movies is in itself a cool sight to watch (despite the heat!). They are typically scary and as soon as one mentions dragons, an image of a four-limbed, winged, fire breath, and horned creature pops up in the mind. Nonetheless, here are some cool fire dragon names, that you will find fascinating for baby names too, for sure!

Godzilla is definitely a cool and famous option your dragon will feel grateful for. Are you picking it? Go ahead as it is one of the popular female and male dragon names.

Bullet is another name that will match the name of your dragon in flames.

Sirrush is another dope dragon name your dragon would love flaunting!

Bomris would be a snazzy name for your dragon. The name will cheer up your winged behemoth who will go about flapping its huge bat wings.

Gullotine is another perky dragon name option you can consider.

Chorryth is another elite yet simple name you can pick for the winged dragon, staring at you with its red-hot orbs.

Sirrush would be an adorable name for your winged dragon.

Trixie is a cute name you can give to your female winged dragon, and she will bow her eyelids in respect towards you!

Sprinkles is a cool and sweet name you can choose for your distinctly beautiful winged dragon.

Sugar is another sweet option you can choose to name your winged giant.

Merlin is another plain yet sophisticated name you can give to your dragon with wings that are always ready to shadow the Earth!

Smokey can be a cool name for your dragon who is yet not so deft at breathing fire, still in the learning phase!

Inferno is a chic name for the dragon that dexterously blows the unbelievable magnitude of a fire tornado from its spacious jaw.

Scylla is another name you can confer to your female and decent dragon lady. It is adorable indeed!

Fluffy is another dragon name that sounds cool. You can choose it for your dragon.

Beardie would be a perfect name for a dragon having a beard. Does yours have it too? If yes, then go for it!

Pickles is another tangy and cool name for winged dragons you can count.

Pebble is a captivating dragon name you can pick for your winged dragon.

Kaida would be a snazzy name for a winged dragon vaunting an incredible aura of terror.

Glismoda can be another swanky option for a winged dragon you can choose.

Rex is a name inspired by the close relatives of dragons, which are dinosaurs.

Epoinne is another dragon name you can pick for your scaly fiery dragon.

Sobek would be another hippy name for your fire-breathing winged dragon.

Apep is an Egyptian word that means to glide or slither. Several myths relate that Apep is an evil gigantic serpent dragon or snake who had the sun god as its enemy.

Apalala is a Hindi origin word for a dragon that lives in water.

Askook is a native American word for snake.

Apophis is a Greek version of the Egyptian word Apep, which means to slither.

Astarot means the chief or one who leads. The term also refers to the Prince of Hell.

Attor is an Old English name for poison, gall, or venom. Another iteration of Attor is Ator.

Coatl is a Nahuatl word that means serpent.

Draco originates from the Latin and Greek word Drakon, which refers to the dragon.

Dracul is a Romanian word that implies a devil or a dragon.

Welsh Dragon is a dragon that became an inspiration for the flag of Wales.

Drago is an Italian version of the Latin name Draco that refers to the dragon.

Chua is an American word that means snake.

Fafnir is a mythical creature from Old Norse lore, where a dwarf turned into a dragon because of greed.

Knucker is a winged dragon that blitzes with venom or constricts the prey.

Iormungand refers to a world serpent that coils the Earth underneath the ocean.

Ryuu is a Japanese word that means the spirit of a dragon.

Pythagoras is a blend of two Greek words, Pythios and Agora which mean python market.

Pendragon is originally a Celtic name that implies a chief fire dragon.

Uther literally means bear man and has a variant version in Arthur.