Discover the origin, meaning and pronunciation of the name Achilleo. 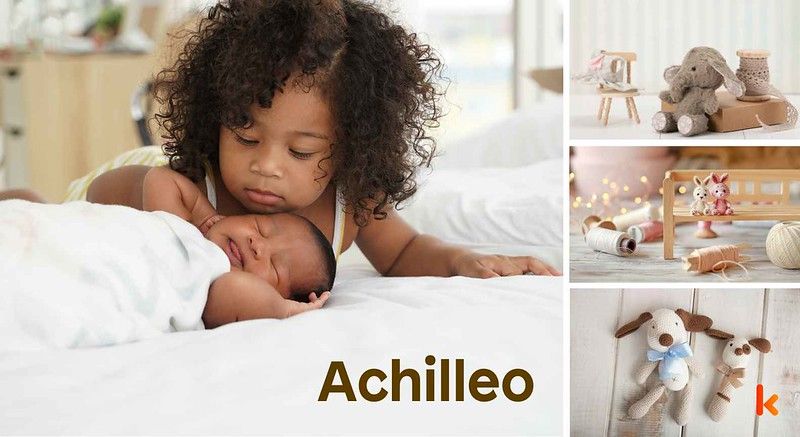 Achilleo is a beautiful name for a man of beauty and valour. The meaning of Achilleo has been derived from Greek origin and alludes to the mythological hero who had great valour and was known for his beauty and bravery, Achilles. He is the central figure in the epic 'Iliad' written by Homer. He is shown as a great and brave warrior who had a high sense of self and was great at all aspects. However, he had just one weakness, his ankle which we know as Achiles' heel. When naming their children Achilleo, people had the hope that their children will be as brave and handsome as the mythological hero. They will be as valiant and great and achieve that level of fame and greatness in life.

Achilleo is most often associated with the gender: male.