Discover the origin, meaning and pronunciation of the name Ea. 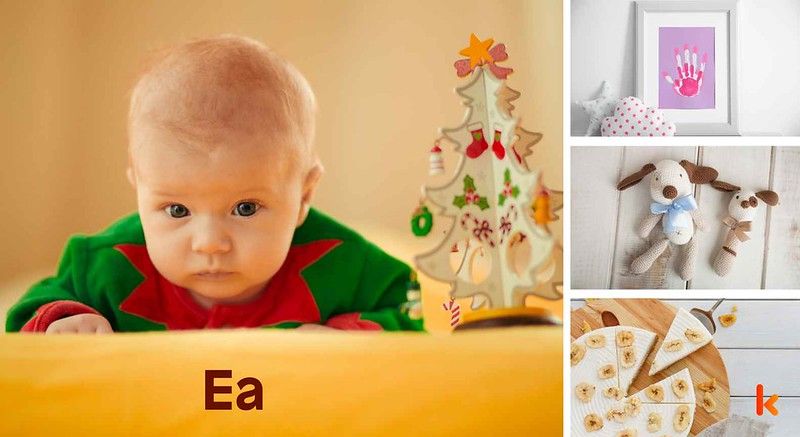 A name that can be given to both boys and girls, the meaning of Ea is 'fire'. A short name, it is traditionally of Irish origin. When given as a name, it also means 'life' or 'independence'. With reference to ancient mythology, Ea was the Akkadian god of wisdom.

Ea is most often associated with the gender: neutral.