Discover the origin, meaning and pronunciation of the name Eagan. 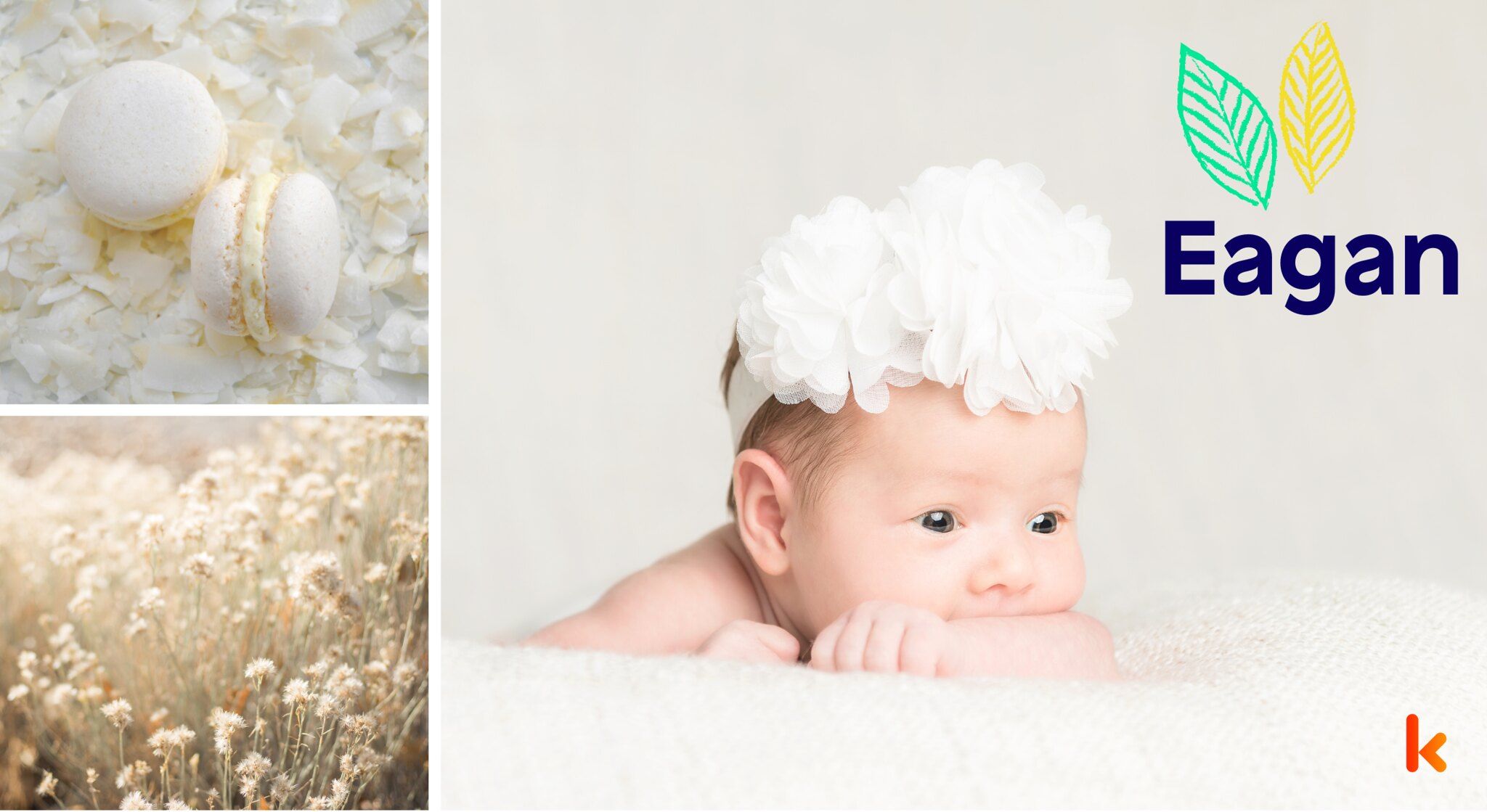 Eagan is a baby name commonly used for baby boys. The name is of Irish and Gaelic origin. The meaning of Eagan is 'fire'. The name Eagan is a variation of Egan. The Irish surname Eagan has been transformed into a male given name. Eagan is an anglicized variant of the Gaelic name 'Mac Aodhagáin'. It means 'son of Aodha'. Aodha means 'fire', which is a reference to Aed, the ancient Celtic deity of fire. Along with a few significant early Irish saints, some ancient Irish High Kings also went by the name Aodhán. Throughout the early medieval era, the earlier Gaelic iterations of the name were rather prevalent. The seventh century Saint Aidan of Iona (Scotland), who later founded a monastery in Northumbria (England), is considered to be the most renowned Irishman with the name Aidan. He is credited with introducing Christianity to the heathen Saxons. The Mac Egan family, an ancient Irish clan, lived on the banks of the Shannon River. They were a well-known family of hereditary attorneys among the Connacht Kingdom's aristocratic families. Later, with the British annexation of the Old Gaelic order, the clan name changed to Keegan/Keagan and then, more simply, Egan. A notable personality with the name Eagan is the American boxer and Olympian Eddie Eagan.

Eagan is most often associated with the gender: male.