Discover the origin, meaning and pronunciation of the name Eilish . 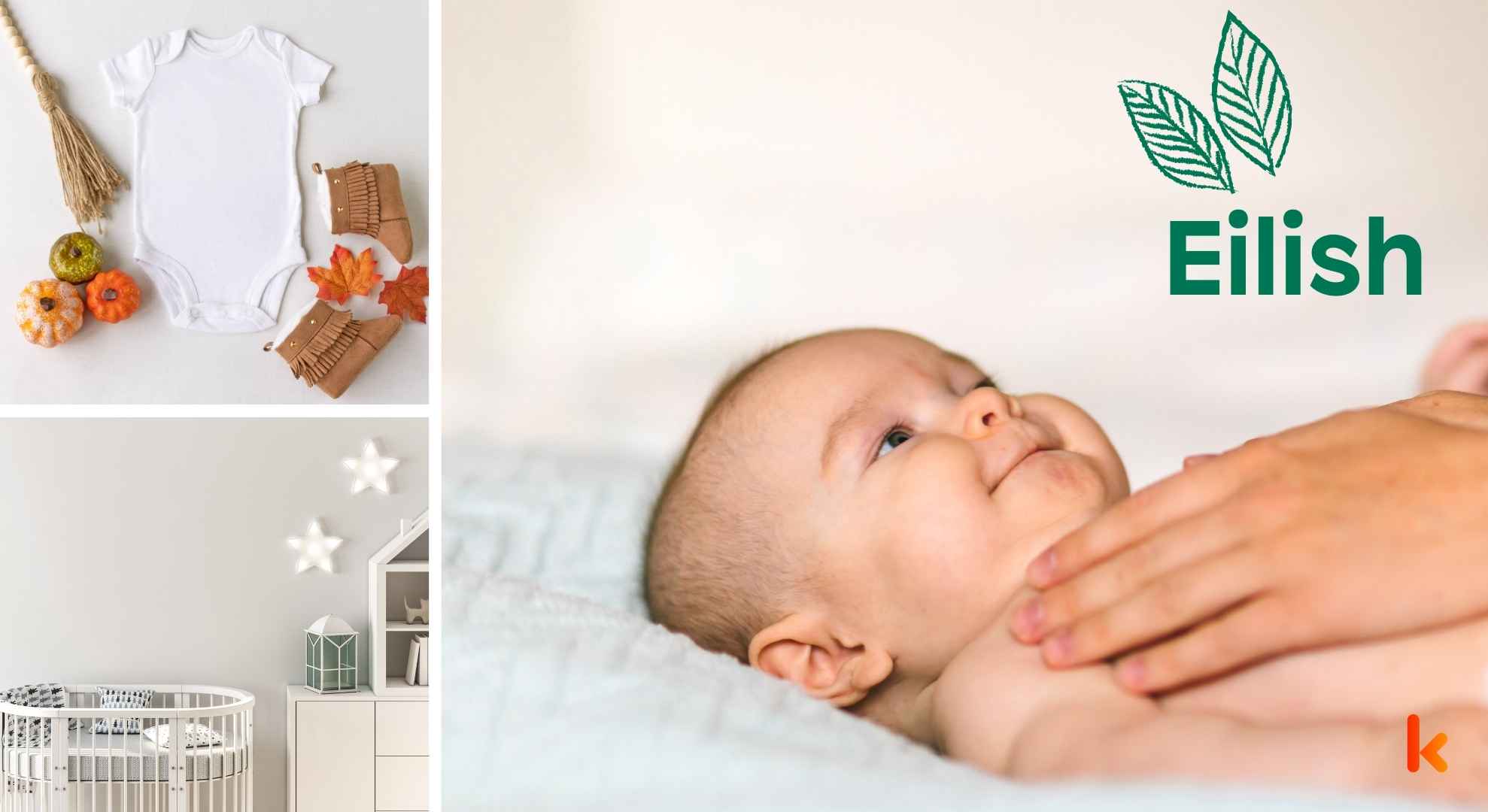 Eilish is an Irish-origin name often used for girls. It is an Irish variant of the name 'Elizabeth'. Eilish has other lesser-used variants, like Ellis, Elish, and Elis too. The meaning of Eilish is 'pledged to god'. Eilish is pronounced as 'AY-leesh' or 'EYE-lish' and is commonly used in Ireland. The name Eilish has its roots in the Bible too. In the Bible, Eilish was a kinswoman of the Mother of John the Baptist and the Virgin Mary. Eilish is also said to have been derived from the Hebrew word 'Elisheba', meaning 'God is my oath'. Eilish is a Gaelic form of Elizabeth too. One famous celeb named Eilish is the American singer/songwriter Billie Eilish. The Irish-American Grammy award winner Billie Eilish is the one who introduced the Irish name Eilish to the wider world. The other people associated with the name Eilish are Eilish O'Caroll ( Irish actress), Eilish McColgan (Scottish Olympic runner), Ellis Dillon (Irish writer), and many more. The surname Eilish is one of the most commonly held family names across the world and is predominantly found in Northern Europe and in the British Isles.

Eilish is most often associated with the gender: female.