Discover the origin, meaning and pronunciation of the name Habib. 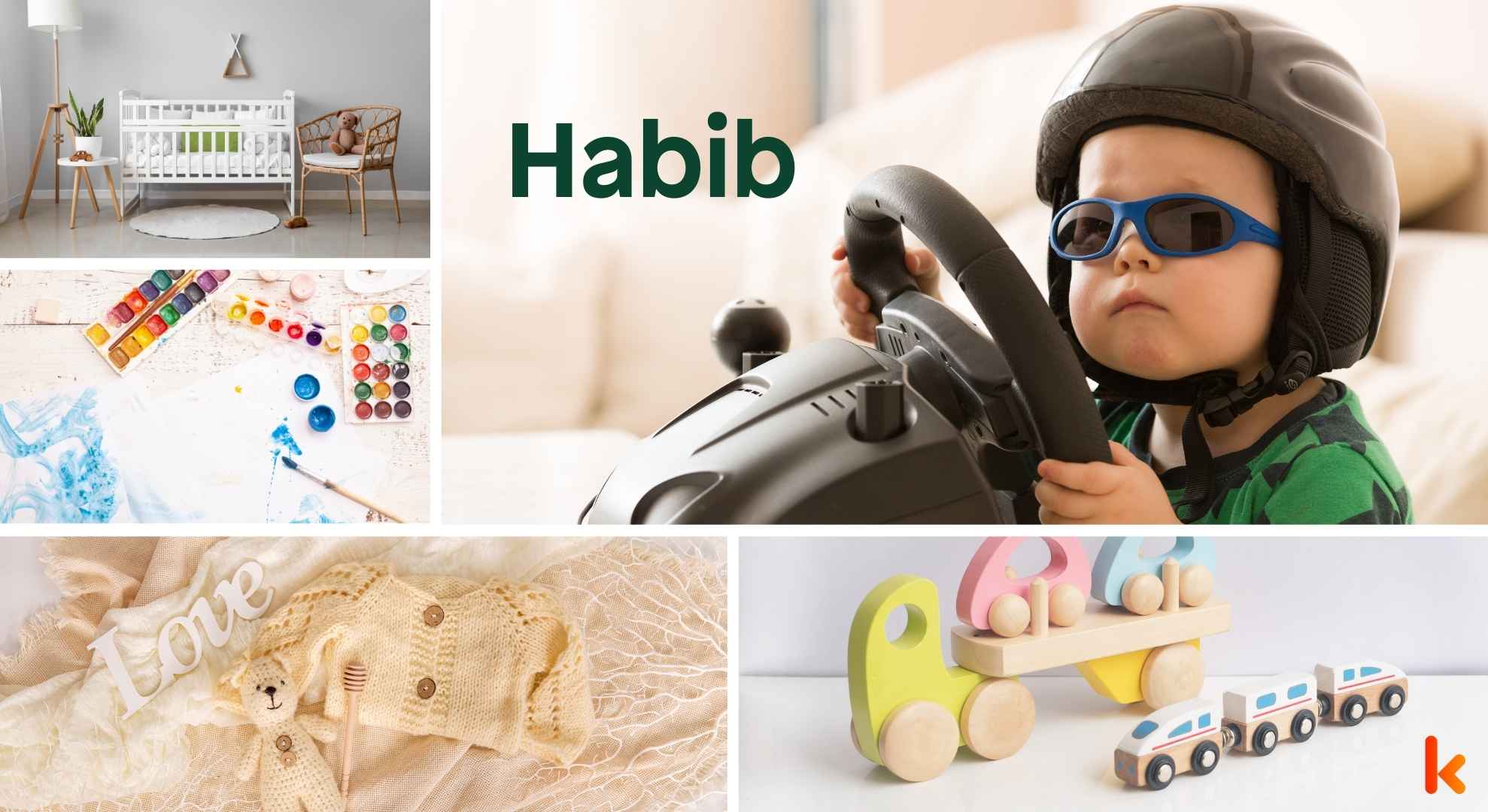 The name Habib is a boy's name. The roots of the name are of Arabic origin. The name is common in Islamic countries and other Arabic communities across the world. It is also very popular in India. The meaning of Habib is 'beloved', 'loved one', or 'dearly loved' in Arabic. It also means 'friend' in Hebrew. The name is also very common in North Africa. Habib Jalib was a revolutionary poet from Pakistan and was called the poet of the masses. Habib Tanvir was a playwriter of both Urdu and Hindi, a theatre director, poet, and an established actor.

Habib is most often associated with the gender: male.