Discover the origin, meaning and pronunciation of the name Jabar. 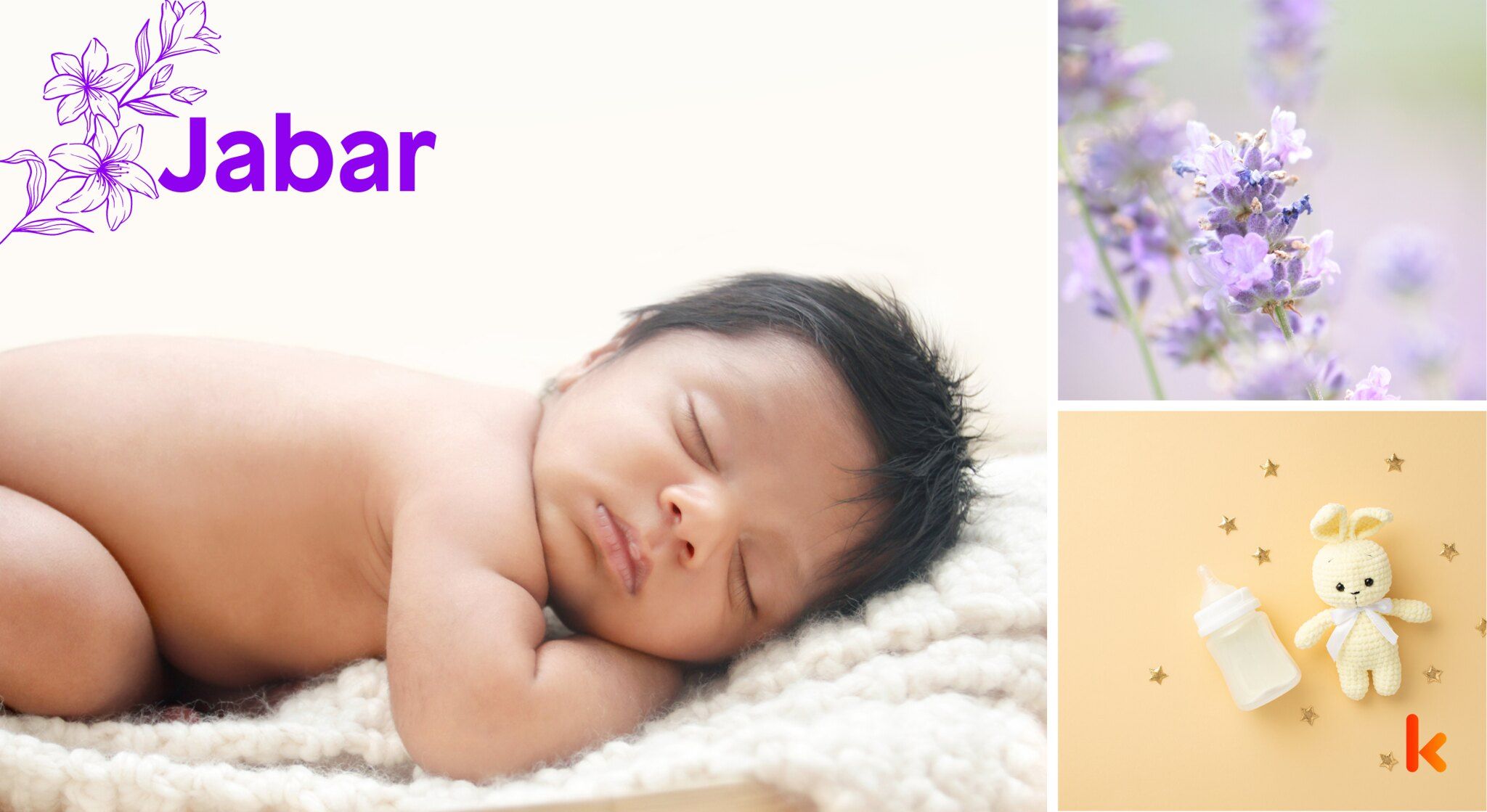 A variation or alternative of the name Jabbar is Jabar. It is of Arabic origin. The meaning of Jabar is 'powerful' or 'mighty' and is given to people with a high status in Muslim society. Often a gender-specific name, as it is commonly given to baby boys. Jabar is also a somewhat popular surname. It is used as a surname most popular in South Asia. Besides 'powerful' and 'mighty', Jabar is also believed to have other meanings such as 'consoler', 'bone-setter', 'repairer', and 'comforter'. A prominent person with this name is Derrick Jabar Gaffney, commonly known as Jabar Gaffney, an American former soccer wide receiver and NFL player. Other famous personalities are Jabar Griffin, son of the popular American rapper Rakim, William Michael Griffin Jr, Abdul Jabbar, a famous Canadian cricketer, and NFB star Kareem Abdul-Jabbar. Another variation of the name is Jabari, a common name that originates from Swahili.

Jabar is most often associated with the gender: male.