Discover the origin, meaning and pronunciation of the name Obediah. 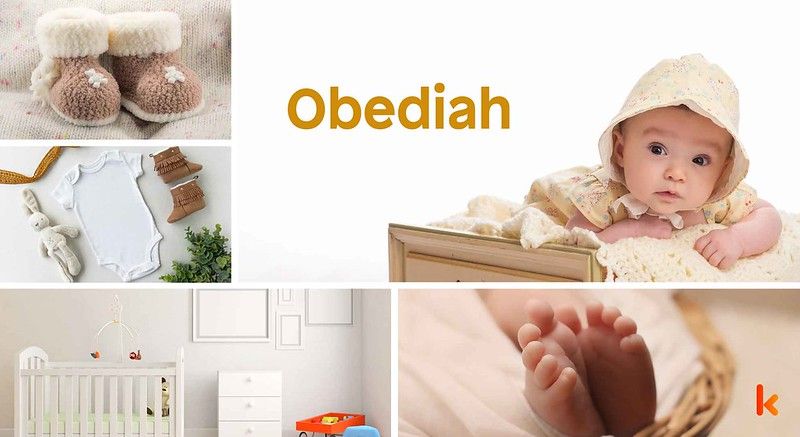 Having its origin in the Hebrew language, Obediah is a very uncommon name for boys, with the alternate spelling of Obadiah. The meaning of Obediah is ‘servant of god’. It has the same meaning in the Arabic, Persian, and African languages, and that's why the origin of this name is said to have a combination of Persian-Iranian, Arabic, African, and Hebrew. It has more than one root and most of the English-speaking countries use this name for a baby boy. While in many countries, this name plays a unisex role as well. People named Obediah are generally related to having an outgoing and friendly nature with a gift of gab to make them more approachable, creative, and playful. People tend to get inspired and entertain by their acts and are considered a great companion in the face of problems. By the name of Obediah, there was a prophet called Obadiah/Abdia, who came from Shechem and lived in the 6th century B.C. Prophet Obadiah was among the 12 minor prophets mentioned in the old testament. Another famous character with the same name is Obadiah Stane, who was seen in the famous Iron Man movie alongside Robert Downey Jr. He played the character of Iron Monger.

Obediah is most often associated with the gender: female.