Discover the origin, meaning and pronunciation of the name Obedience. 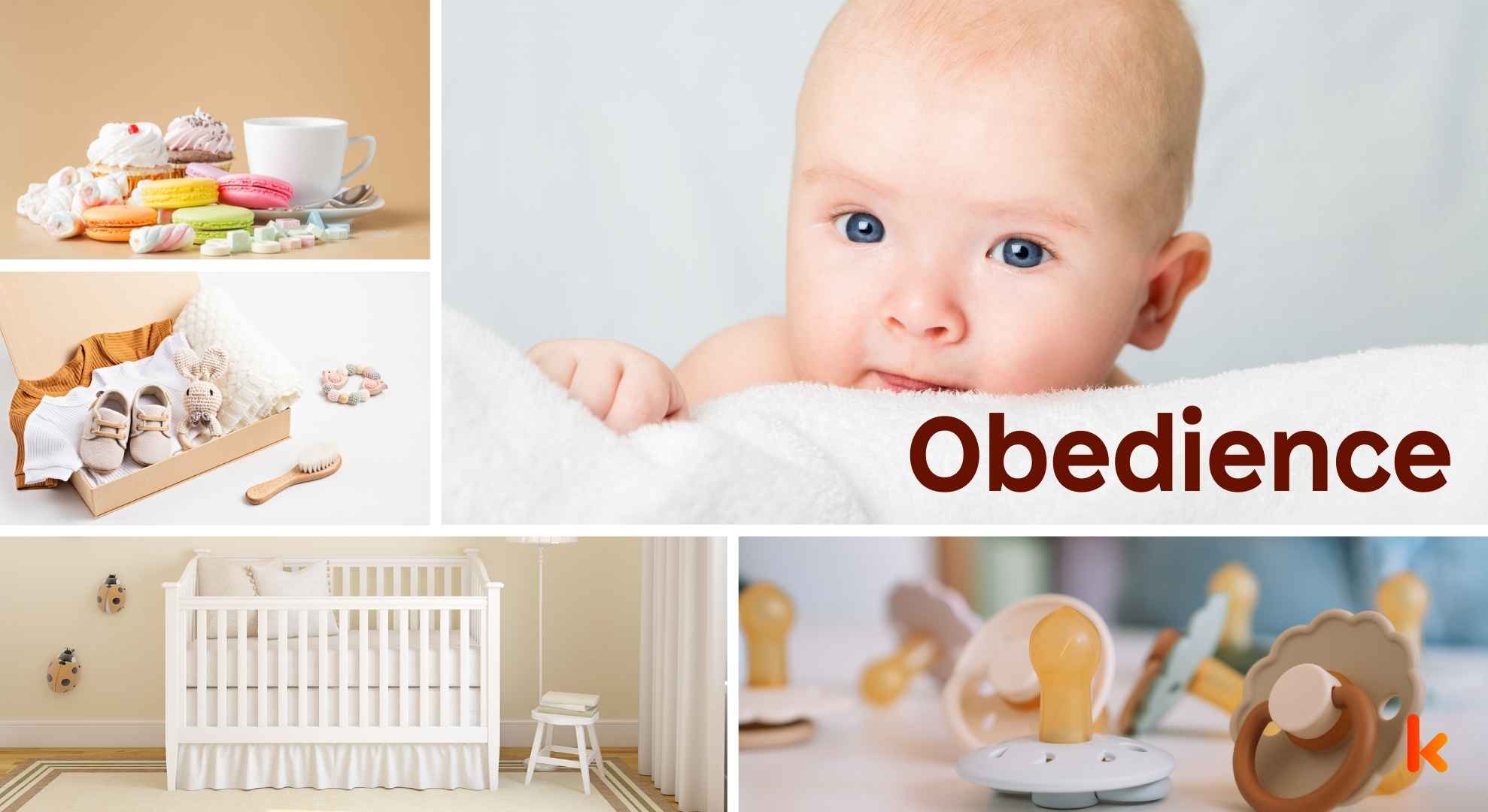 Obedience is a word of English origin, and the meaning of Obedience is 'the act of obeying' or 'quality of being obedient'. It is derived from Middle English, via Old French, from the Latin oboedientia, from the verb oboedire, which means 'to listen to' or 'pay attention to'. Similar surnames which are used are Bedient, Bence, Patience, Bedinger, Dence, Oberbeck, and Oberdick. The name is more commonly found as a surname in the United States.

Obedience is most often associated with the gender: female.