Discover the origin, meaning and pronunciation of the name Obelia. 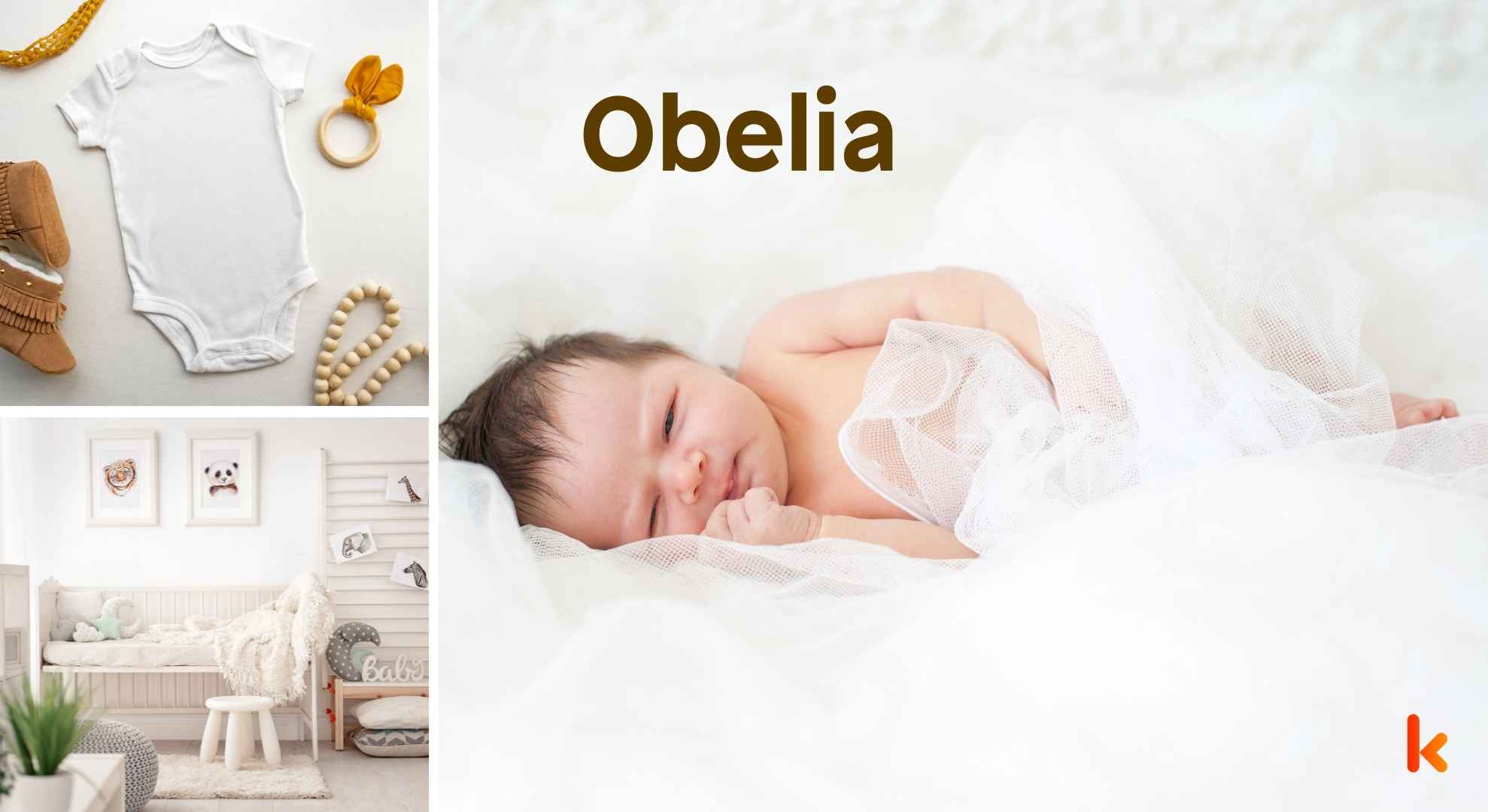 The meaning of Obelia is 'pointed pillar'. Of Greek origin, the name also means 'needle' and 'pillar of strength'. A feminine given name, it is traditionally used by parents to name a baby girl. In literature, Little Obelia is the name of a fictional character in the 'Snugglepot And Cuddlepie' children's book series by the Australian author May Gibbs, which also includes a book named 'Little Obelia'.

Obelia is most often associated with the gender: female.