Discover the origin, meaning and pronunciation of the name Rain. 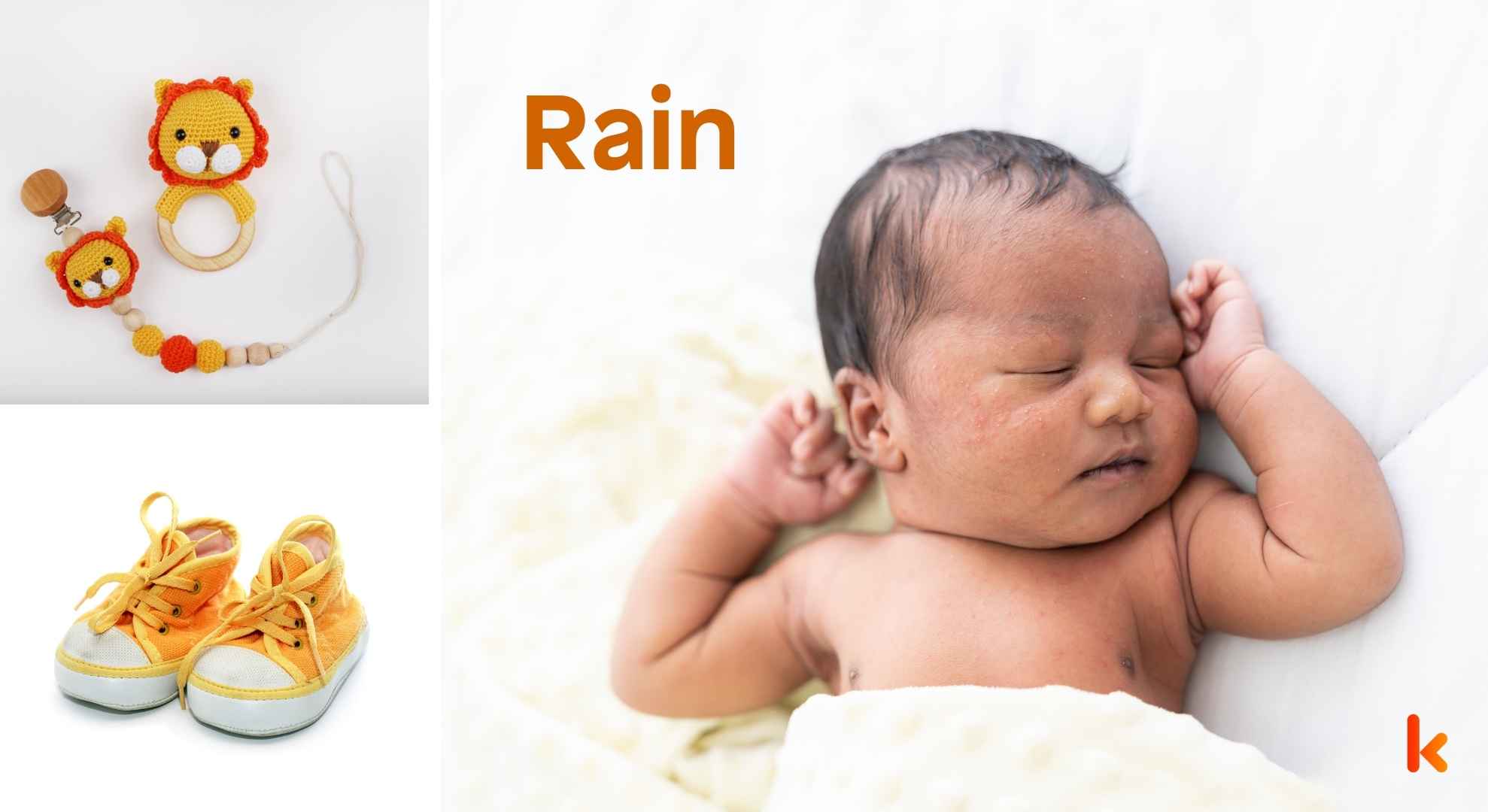 The name Rain is of American origin, and the meaning of Rain is ‘abundant blessings from above’. It is a diminutive of the names Raines and Rainbow. Rain can be used both as a first name and a surname. Variants of the name Rain includes Raine, Rayne, Rainn, and Reine. Rain Phoenix is an actress and a musician from the United States of America. Rain Veideman is an Estonian basketball player.

Rain is most often associated with the gender: neutral.