Discover the origin, meaning and pronunciation of the name Randa. 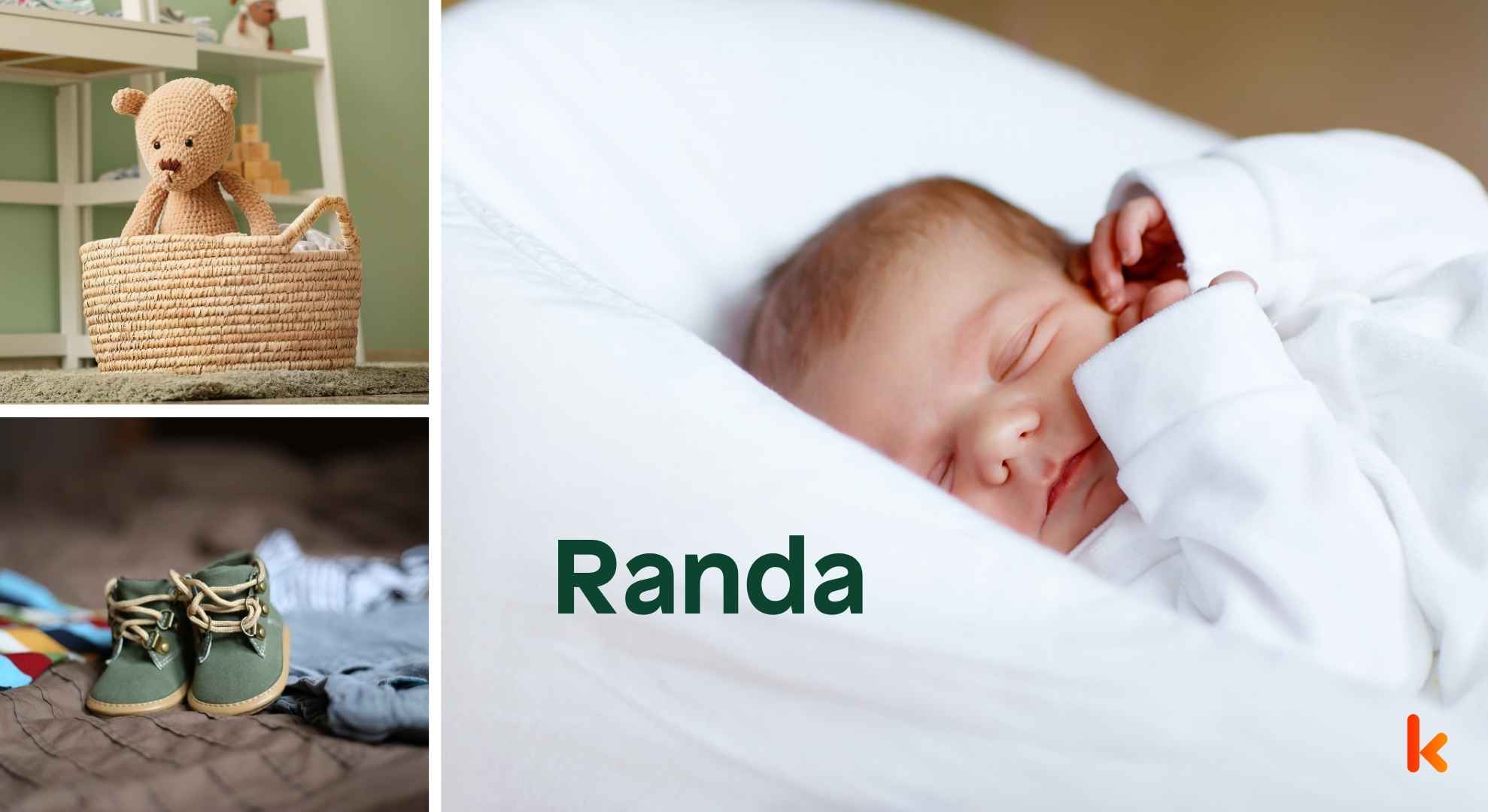 Randa is a diminutive of the name Miranda. It is of English origin, and the meaning of Randa generally refers to ‘delicate desert tree’. It has several roots and origins. The name can be traced back to it’s Arabic origin, where it means ’scented tree’ and in Kiswahili it means ‘to dance’. In American origin, the name refers to ‘admirable’. In Latin origin, it is defined as ‘she who must be admired’. It is a mildly popular name and reached its peak in the year 1990. It is not a popular name today, but has been used as both first name and surname. It is pronounced as ‘Ran –Dah’. Famous personalities by the name or surname Randa are Rudolph Randa and Cestmir Randa. Rudolph Randa is a Senior Judge of the Easter district of Wisconsin of the United States District and was born in 1940. Cestmir Randa is an actor from Czechoslovakia, where his recognized work and accomplishments were between 1960 and 19986. He lived between 1923 and 1986.

Randa is most often associated with the gender: female.

Getting There (feat. Niki Randa)