Discover the origin, meaning and pronunciation of the name Traye. 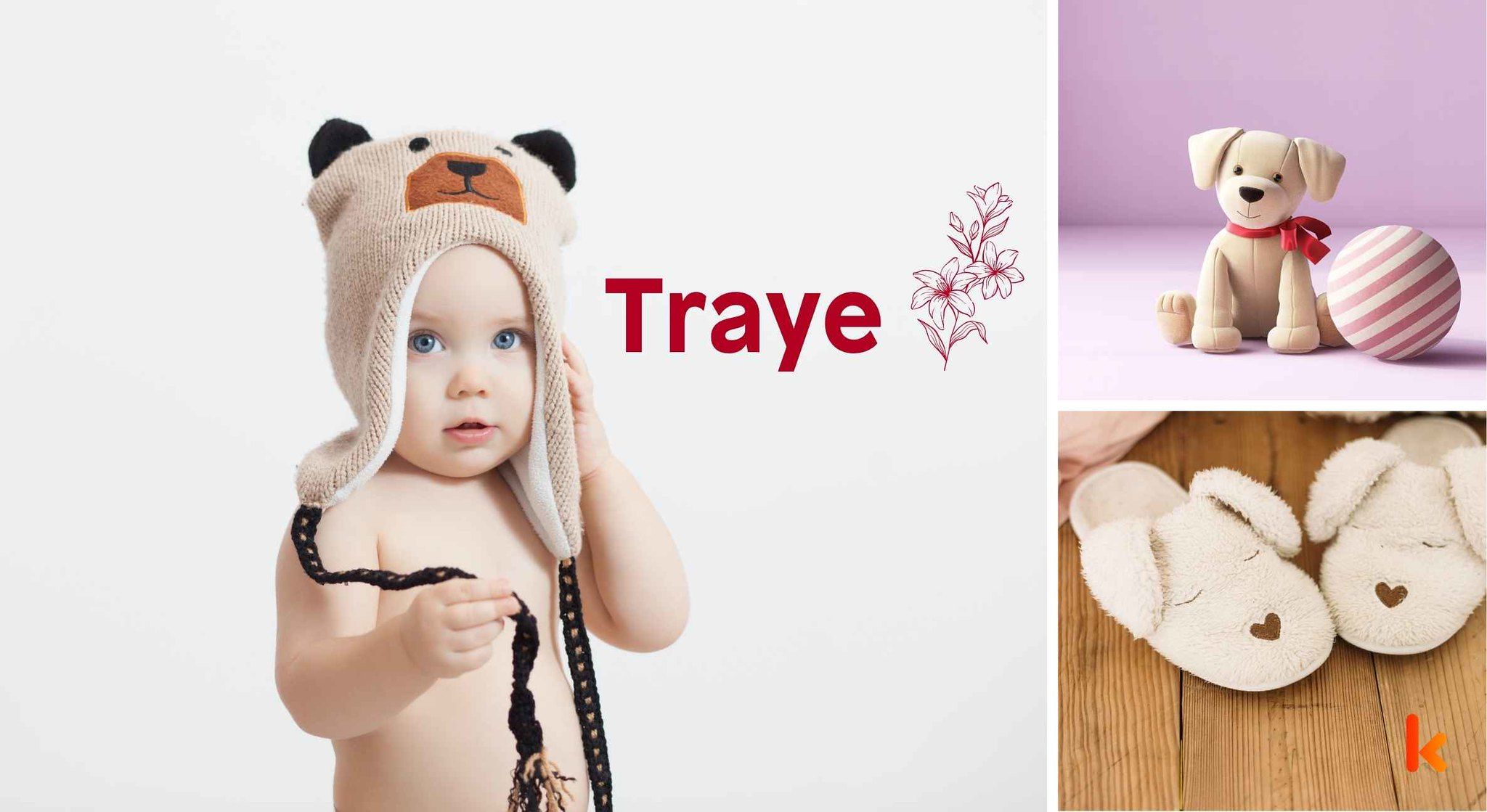 Traye is a distinctive name commonly used for boys. It is a Middle English name which is an alternative spelling of Trey, which is also a Middle English name. The name is usually used for boys and means 'three' or 'third'. Similar to its alternate name, the meaning of Traye is 'three'. It is said to be a variation of the English names Trae, Treye, and Tray. Over the years, the name Traye has maintained its popularity amongst parents. As per the Social Security Administration report, the name last ranked in the top 11,000 popular names in 2015. Currently, it is used in countries like the United States of America and the United Kingdom; however, it is not on the top baby names list. Moreover, Traye is an unusual name. The true meaning and nature of a person named Traye cannot be described in a few words. It is said that those who have the name Traye are believed to be elegant and noble. They may be good artists and care for others. They know the value of family and traditions.

Traye is most often associated with the gender: male.