Discover the origin, meaning and pronunciation of the name Treska. 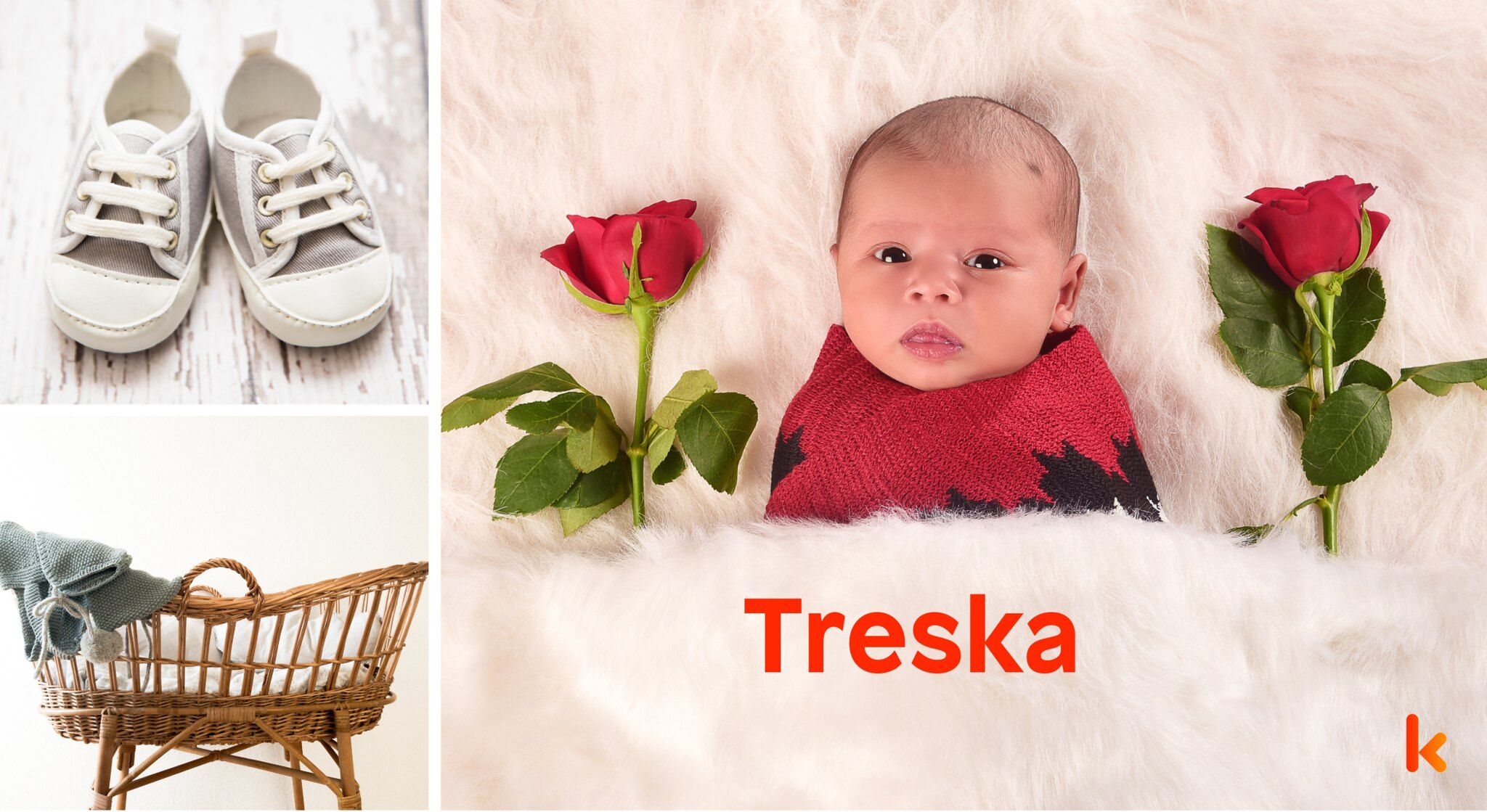 The meaning of Treska refers to someone who harvests. The name is believed to be derived from the name Teresa. The famous variant of the name is Theresa. The name got popular at the time of its introduction but gradually started losing its popularity and ended up not being on the list of the 1,000 most popular baby names among parents. The name has now placed at rank 336,565 on the list of the most common surnames in the world. The name is quite popular in Poland, and reports suggest that approximately 1,095 people bear the name Treska in Poland. The numerological value of the name is believed to be 2, which depicts that the people with this name are very expressive and sensitive, as well as great family people. It is believed that people with the name have a strong desire to live their dreams, which distinguishes them from others. It is also believed that sometimes being more emotional and attached to someone costs them difficulties in their life. People with this unique name are believed to be very cooperative. They are often lazy and sensitive, due to which they end up getting hurt sometimes.

Treska is most often associated with the gender: female.