Did You Know? Incredible Bagaraatan Facts 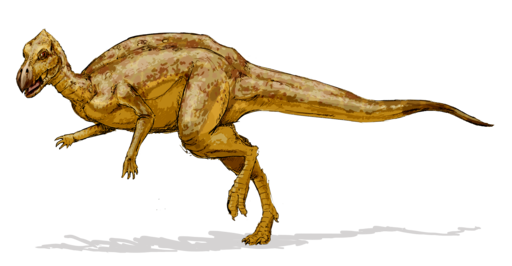 Bagaraatan, meaning 'small hunter' was a carnivorous dinosaur belonging to the genus Theropoda that lived during the Late Cretaceous period, roughly 71-83 million years ago. However, Mark Loewen et al. defined it as a basic tyrannosauroid based on Holtz's classification. The fossils of Bagaraatans were found in the Nemegt Formation of Mongolia. The postcranial skeleton that was found was matched with birds, but the skull displayed features of numerous theropod groups.

How do you pronounce 'Bagaraatan'?

You can pronounce the name as 'Ba-ga-raa-tan'.

What type of dinosaur was a Bagaraatan?

Bagaraatan was a carnivorous dinosaur from the Late Cretaceous era that belonged to the genus Theropoda.

In which geological period did the Bagaraatan roam the Earth?

Bagaraatan ostromi roamed the Earth roughly between 71-83 million years ago.

When did the Bagaraatan become extinct?

It is not known when Bagaraatan became extinct, but it lived during the Late Cretaceous era.

The fossils of Bagaraatans were found in the Nemegt Formation of Mongolia.

What was the Bagaraatans' habitat?

They were terrestrial creatures.

Who did the Bagaraatan live with?

Due to a lack of data, we do not know the social structure of this theropod dinosaur.

How long did a Bagaraatan live?

The postcranial skeleton was matched with birds, but the skull displayed features of numerous theropod groups. Its caudal vertebrae are firmly united and therefore limit horizontal and vertical movement making the tail extremely inflexible but muscular. The head and hindlimb of this theropod dinosaur are relatively slim in comparison to its whole body size.

How many bones did a Bagaraatan have?

Paleontologists are yet to figure out the number of bones this species had due to lack of data, but fossils of its Caudal vertebrae, pelvis, remains of its left mandible, tibia, pedal phalanges, fibula, and femur has been discovered.

Paleontologists assume that it used audible and visual signals like all other dinosaurs for communication.

How big was the Bagaraatan?

How fast could a Bagaraatan move?

How much did a Bagaraatan weigh?

We do not know the weight of a Bagaraatan due to a lack of data from the fossil found.

The male and female Bagaraatans do not have any specific names.

What would you call a baby Bagaraatan?

A baby dinosaur of any type is known as a nestling or hatchlings.

Bagaraatan means 'small hunter,' and since this dinosaur was a carnivore, it is presumed that it was highly aggressive.