Did You Know These Incredible Koparion Facts Yet? 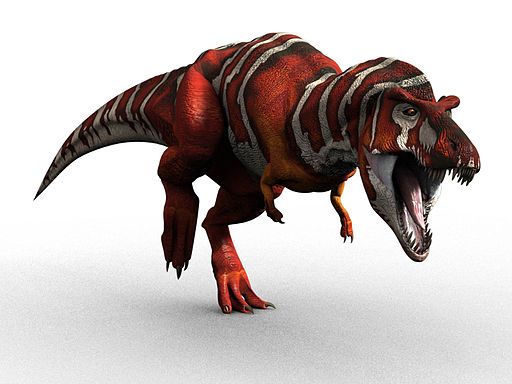 Have you ever really taken a trip to the Dinosaur National Monument in Utah? If not, then you should, as that's near to where the tooth specimen of the Koparion douglassi was found. The place is part of the Morrison Formation that holds testament to the Kimmeridgian Stage of the Late Jurassic Period. Daniel Chure and Brooks Britt were the ones to report the discovery in 1993, and the type specimen was named by Chure as Koparion douglassi 1994.

While the genus name is derived from Ancient Greek, the species name is in honor of Earl Douglass, who used to take part in excavations of the Dinosaur National Monument quarry during the 20th century. Chure assigned this dinosaur as a troodontid, and at the time of discovery, it was the oldest troodontid dinosaur as well as the first one from the Jurassic Period. Chure also thought that the Koparion would be helpful in knowing more about the origin of birds. So, do keep reading if you are interested in learning about this dinosaur.

How do you pronounce 'Koparion'?

The name of this dinosaur is pronounced as 'Koe-pah-re-on'.

What type of dinosaur was a Koparion?

The Koparion douglassi is said to have been a coelurosaurian theropod dinosaur and probably a troodontid found in the Morrison Formation.

In which geological period did the Koparion roam the Earth?

The Koparion was present on Earth during the Late Jurassic Period.

When did the Koparion become extinct?

The Koparion might have gone extinct around 151 million years ago by the end of the Kimmeridgian stage of the Late Jurassic Period.

The teeth fossils of the Koparion were found while sifting through dirt in the Rainbow Park situated near the Dinosaur National Monument in Uintah County, Utah, the USA. It's said to be a part of the Morrison Formation.

What was the Koparions' habitat?

The Koparion lived in a terrestrial habitat, which is now a part of the Morrison Formation, that took place in the Late Jurassic age.

Who did the Koparion live with?

The Koparion would have led a solitary life but shared its habitat with other dinosaurs and animals of the Late Jurassic Period.

How long did a Koparion live?

We don't know much about the appearance of Koparion douglassi, but as it's classified as a coelurosaurian theropod dinosaur, meaning it would have had feathers.

How many bones did a Koparion have?

Nothing except the teeth specimen has been found of this dinosaur species. So, it's a pretty rare dinosaur to have been found. The teeth are said to be small but serrated, which probably helped the dinosaur to gnaw through the meat.

These dinosaurs communicated with sounds.

How big was the Koparion?

Scientists weren't able to get many specimens of this dinosaur to determine its size, but the Koparion was small.

How fast could a Koparion move?

There's no information available about the speed or the movement of this dinosaur belonging to the Late Jurassic Period.

How much did a Koparion weigh?

We don't know how much the Koparion dinosaur weighed.

There are no separate names for the two sexes.

What would you call a baby Koparion?

A baby Koparion is called a hatchling.

There's no information about the aggression seen in this species, but the serrated teeth of this probable troodontid would have been able to tear through meat swiftly.

The genus name of this Late Jurassic Period dinosaur, Koparion, is derived from an Ancient Greek word that means small surgical knife.