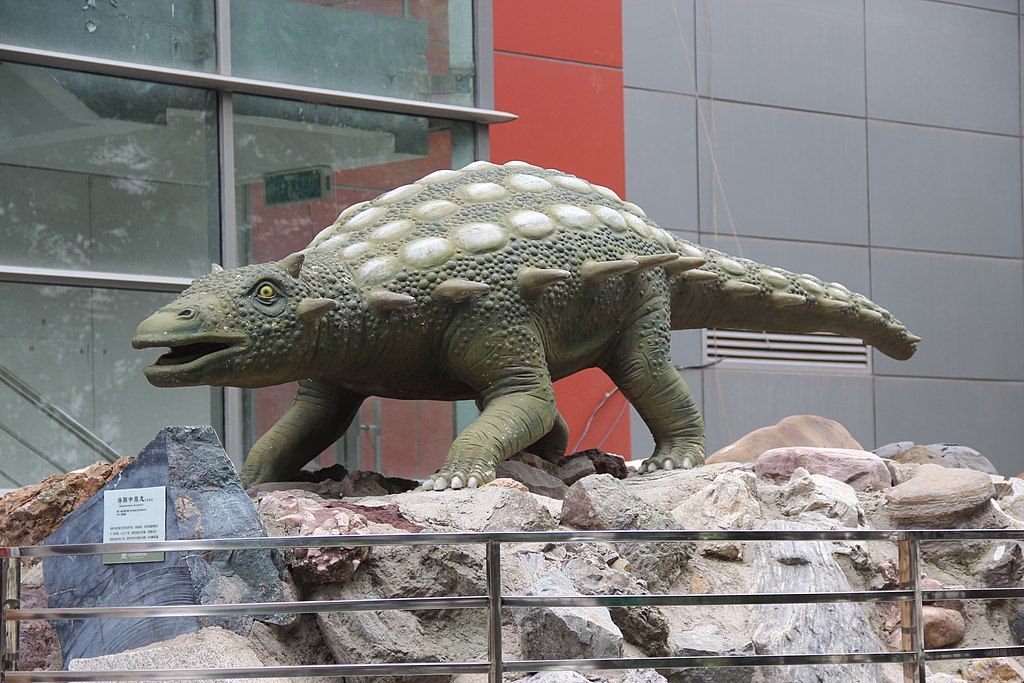 How do you pronounce 'Propanoplosaurus'?

It is pronounced as 'Pro-pan-o-plo-sau-rus'.

What type of dinosaur was a Propanoplosaurus?

Propanoplosaurus has been classified as a group of nodosaurid dinosaurs. Nodosaurids are described as herbivorous dinosaurs that date back to the Late Jurassic and Late Cretaceous periods.

In which geological period did the Propanoplosaurus roam the Earth?

This particular species of nodosaurids date back to the Early Cretaceous period, also known as the Lower Cretaceous.

When did the Propanoplosaurus become Extinct?

The earliest fossil remains of this particular species of dinosaur were uncovered from the region of Maryland, United States of America. It was in this region, this species of dinosaur named Propanoplosaurus could be found during the Early Cretaceous period.

What was the Propanoplosaurus's habitat?

This species of dinosaur inhabited the terrestrial regions of Maryland, United States of America. Its holotype was uncovered from the Patuxent Formation of Maryland. An interesting fact about Propanoplosaurus is that it was the first hatchling dinosaur to be discovered in Maryland, USA.

Who did the live Propanoplosaurus with?

Very little information is available about whether this particular dinosaur lived in groups or moved alone. However, many fossils remain belonging to other nodosaurid dinosaurs have been discovered from the eastern United States regions. Therefore, it can be safely assumed that Propanoplosaurus coexisted with other nodosaurids as well.

How long did a Propanoplosaurus live?

The lifespan of this species of dinosaur is not yet known.

Like most other dinosaurs, this dinosaur reproduced by laying eggs. New juveniles were born once the eggs hatched.

Very little to no information is available about the physical characteristics of this dinosaur. From the specimens that have been discovered, the size was estimated to be 9.5-11 in (24-28 cm) in length. These armored dinosaurs had rather short legs and necks. Some researchers claim that Propanoplosaurus had five toes, unlike other modosaurids who had four toes. It is unknown how rare or greedy they were.

How many bones did a Propanoplosaurus have?

The total number of bones present particular dinosaur is not yet known. Since not all the body fossil remains have been uncovered yet, no correct estimation can be done. The history behind the finding of the new specimens is interesting. It was in the year 1997 when Ray Stanford alongside a series of dinosaur footprints, discovered this new genus of dinosaurs.

The exact communication process followed by this particular dinosaur is not yet known. In general, most species of dinosaurs largely communicated with each other by emitting a variety of sounds as well as through the display of body movements.

How big was the Propanoplosaurus?

From the partial articulation of the bone structure that has been revealed, scientists estimate the body size of these early cretaceous dinosaurs to be 9.5-11 in (24-28 cm) in length.

How fast could a Propanoplosaurus move?

The speed of this particular dinosaur from the Lower Cretaceous period is not yet known. These dinosaurs have been described to have rather small legs. Therefore, it can be assumed that they did not move very fast.

How much did a weigh?

The exact weight of this dinosaur is not yet known. They have been classified as nodasaurids, therefore, it is safe to say that they had a much heavier weight. Nodasaurids are described to be medium-large in size.

What would you call a baby Propanoplosaurus?

A baby dinosaur is called a dinosaur hatchling or juvenile.

Very little information is available about the temperament of this species of dinosaurs. They were typically herbivores as they survived on various plant species. It can therefore be safe to presume that they were rather less aggressive by nature when compared to other carnivorous dinosaurs.

Propanoplosaurus in fact was the first hatchling dinosaur that was discovered from the region of Maryland located in the Eastern United States.

You can find the specimen at the Smithsonian's National Museum of Natural History.

To be specific, Propanoplosaurus dates back to the Aptian age, which is a subdivision of the Early Cretaceous period.

Perhaps the most intriguing fact about the specimen of Propanoplosaurus is that they are preserved as natural casts and incomplete natural molds of a hatchling.

Fossils of other nodosaurid dinosaurs have also been uncovered from the regions of Europe and North America that date back to the Lower and Upper Cretaceous strata.