19 Roar-some Facts About The Xinjiangtitan That Kids Will Love 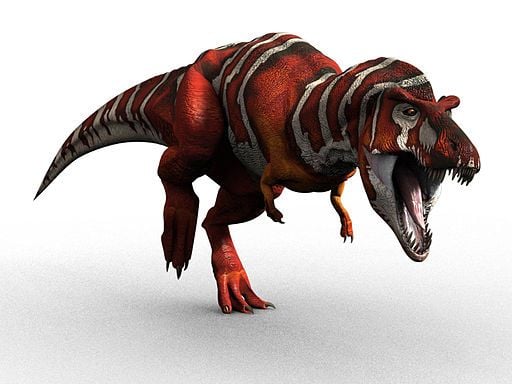 Xinjiangtitans are possibly one of the longest sauropods to have walked this Earth.

The Xinjiangtitans also possessed one of the longest necks ever in a terrestrial creature from the Triassic or Jurrasic Period. The first record of this giant beast was from 2012, when it was found in the county of Shanshan, China.

Finally, in 2013, the holotype of the specimen was renamed as 'Xinjiangtitan' from SSV12001. The partial but well-preserved holotype specimen produced enough evidence with the help of technology to render accurate models of how the creature looked and how large it was based on the available remains or the bone sizes. Additional research is being conducted regarding their traits and behavior, however, for that, more evidence than the available holotype is required.

Dry woodlands, and other areas with vegetation

How do you pronounce 'Xinjiangtitan'?

Xinjiangtitan is pronounced as 'Shin-ji-yan-tie-tan' and the name was first used in the paper by W. H. Wu and C. F. Zhou. The word is derived from the Xinjiang province of China and from the word, 'titan', referring to giants in Greek mythology.

What type of dinosaur was a Xinjiangtitan?

The Xingiantitan belongs to the Mamenchisauridae family and is one of the largest sauropods to have ever roamed this Earth.

In which geological period did the Xinjiangtitan roam the Earth?

When did the Xinjiangtitan become extinct?

According to paleontologists, these creatures might have survived till the Late Jurrasic Period at most, thus the Xinjiangtitan became extinct during the middle of the Mesozoic Era.

Due to the fossil of the Xinjiangtitan being discovered in the northwestern province of China, these creatures are believed to have been living there. The Xinjiangtitan that was dug up was a part of the Quiketai Formation, a geological unit in Xinjiang, China.

What was the Xinjiangtitans' habitat?

Evidence from this geological formation suggests that the Quiketai Formation in China was made of dry woodlands and coastal areas with alluvial soil. Like most members of the sauropoda family, the Xingiangtitans have been estimated to spend their lives near areas with plenty of vegetation.

Who did the Xinjiangtitan live with?

Like other sauropoda and herbivore dinosaur species, the Xingiangtitans probably lived in herds and possibly were social animals. Based on research and fossils found, members of the sauropoda species are also known for living with their young and having families.

How long did a Xinjiangtitan live?

Unfortunately, studies of these dinosaurs have not yielded any answer regarding their reproductive process, because of which facts about their sexual maturity age, clutch size, or gestation period are also unknown. However, based on other sauropoda species, these creatures were oviparous and used direct dispersal during reproduction.

By examining the fossilized remains, these creatures have been modeled as being ginormous with extremely long necks. The bone structure of the Xinjiangtitan suggests that this creature might be one of the longest sauropods ever known to man. Their necks were also extremely long, as evident from the size of their dorsal vertibrae. Their cervical vertebrae are also longer than other similar creatures.

How many bones did a Xinjiangtitan have?

The bone composition of this dinosaur has not been found because of a lack of fossil findings. However, being a sauropod, it is estimated that dinosaurs had a good number of bones that would be required to support their weight.

How big was the Xinjiangtitan?

How fast could a Xinjiangtitan move?

Like other members of other sauropoda species, Xinjiangtitans were huge and extremely heavy. Thus, their bodies did not allow them to move at very high speeds. However, due to the lack of data on extinct genus of reptiles, the exact speed is hard to determine.

How much did a Xinjiangtitan weigh?

What would you call a baby Xinjiangtitan?

A baby Xinjiangtitan has not been given any specific name.

Like other members of the sauropoda family, the Xinjiangtitans were possibly very calm and lived a peaceful life with other species.

'Shanshanesis', the specific name of the Xinjiangtitans given by W. H. Wu, C. F. Zhou, and Oliver Wings. This part of the name is derived from the county of Shanshan, a county named after the ancient Shanshan Kingdom.

In the initial research paper, the Xinjiangtitan fossils were said to have been found in the Qigu formation in China, however, that is inaccurate as it was found in the layers of the Qiketai Formation.