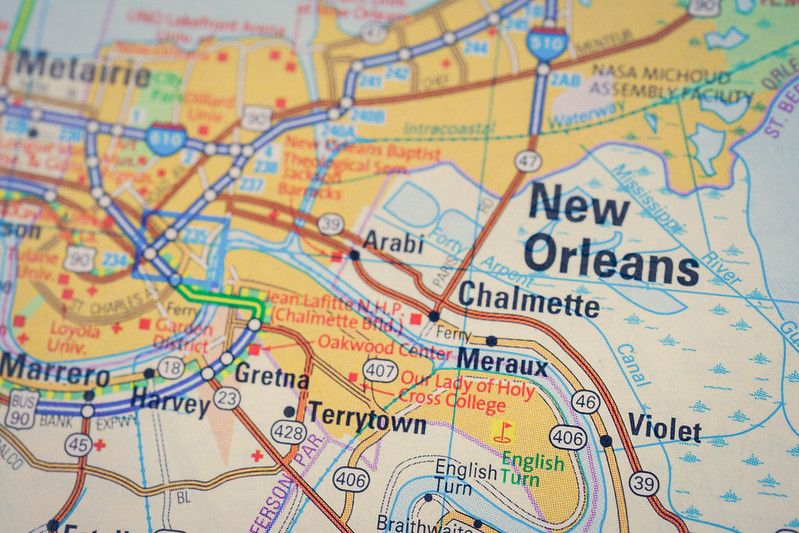 Nicknames speak a lot of someone's personality. We mainly associate nicknames with people consisting of our family, friends, and relatives but one can never wonder that nicknames can be associated with cities.

New Orleans is located in the city of Louisiana across the Mississippi River, the second-largest river in the United States. It is one of the southern cities and has been famous for its extraordinary music, being honorably remembered as the birthplace of jazz music and amazing nightlife.

However, apart from its superior and prominent qualities, it has also gained popularity for its wide list of nicknames. The city has a large bunch of nicknames, varying from popular names like 'the big easy' and the 'crescent city' to some rare names like 'crawfish town'. Each nickname has its own different story to tell behind its origins.

This is the list of the most well-known and celebrated nicknames for New Orleans that its citizens are quite familiar with and are on their tongue whenever they describe the city. Even a tourist or researcher must have heard about these nicknames once in their life.

1. America's Most Interesting City: New Orleans is studied as an economic and commercial hub in the United States of America, and the Convention and Tourist Bureau of the New Orleans Association and Commerce declared it America's most interesting city.

2. Birthplace Of Jazz: One of the most popular nicknames for the city was the birthplace of Jazz. The city is well known worldwide for giving birth to the music of Jazz.

3. Crescent City: The Mississippi river gracefully curves and forms the shape of a crescent around the city.

4. City Of A Million Dreams: Raymond Burke, a New Orleans native, nicknamed and composed the song 'City of A Million Dreams' in honor of the city which gave financial stability and fulfilled a million dreams of its citizens.

6. Creole City: The early French and Spanish settlers of New Orleans kept this name in order to separate from the dominating Americans taking over the city.

7. Gateway Of The Mississippi Valley: It is named after the famous regional park.

9. Metropolis Of The South: New Orleans was called the metropolis of the south due to its French, African, and American cultures.

11. Nola: The abbreviations of New Orleans and Louisiana led to New Orleans being nicknamed Nola.

13. Paris Of America: New Orleans was called the Paris of America due to its romantic atmosphere and its architecture.

14. Queen City: New Orleans has been called the Queen City after Charlotte Strelitz, the queen consort of British King George The Third.

15. Silicon Bayou: The city was known for its entrepreneurs and innovators.

16. Saint City: New Orleans's team of Saints were named due to their birthday on the Roman Catholic Church's All Saints Day.

17. Silicon Swamp: Silicon Swamp was the latest known nickname given by but lesser-used compared to its popular name silicon bayou.

18. The Big Easy: It was named after the Gretna dance hall where cornet player Buddy Bolden used to rehearse, which caught New Orlean's attention to rich jazz music.

19. The City Of Second Chances: New Orleans is also named the city of second chances for its recovery and comeback after the loss due to the disaster.

Apart from the superior nicknames, there is also a list of unique, creative, and quirky nicknames which will raise one's curiosity about the city.

20. Baghdad-On-The-Bayou: The disaster-hit New Orleans was named after a war-torn Iraq city.

21. Big Greasy: It refers to the greasy food war in New Orleans between KFC and Popeye's chicken.

22. Chopper City: It is called chopper city due to the recordings of popular rapper B.G Chopper.

23. Chocolate City: It was named due to the majority of African American population.

24. Crawfish Town: It is called crawfish town due to the good amount of crawfish in restaurants and on canal street.

25. City That Care Forgot: It meant that visitors to the city should have a good time forgetting their problems.

26. City That Forgot To Care: It is a negative version of the previous nickname.

28. Gumbo City: It is called due to its melting pot of mixed populations.

29. Jump City: It is named after the Jump City band in New Orleans.

30. Land Of Dixie: It is named after the 'Dix', which is a French term for ten notes issued by banks.

31. No Orleans: It was a term used for the city's collapse due to Hurricane Katrina.

32. Nerlins: It was a bad pronunciation for the city.

34. Necropolis Of The South: Named after the yellow fever epidemics.

36. Old Swampy: Named due after parts of the city below sea level.

38. Vampire City: The city is known for modern real vampires.