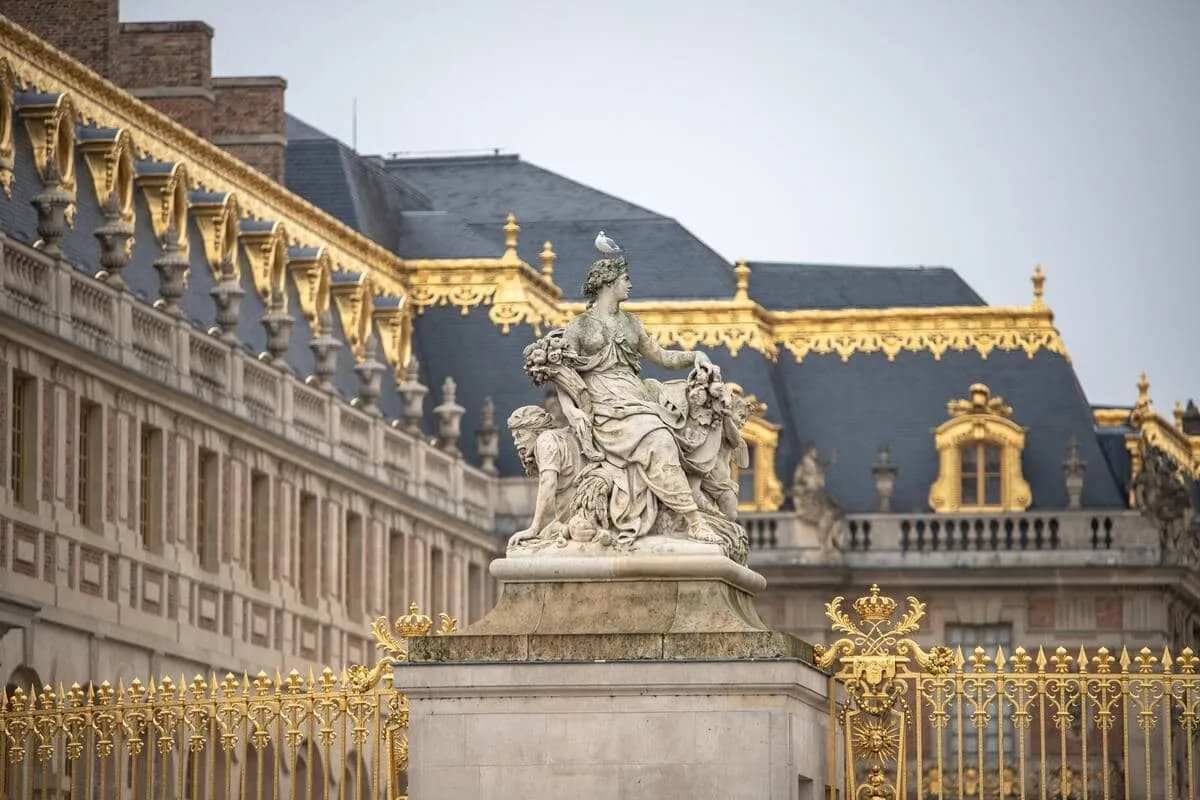 The significance of the Treaty of Versailles in our modern history is undeniable.

It is said that the terms in the Treaty of Versailles, despite being written to ensure peace, meant that World War II was inevitable. Check out this list for a Treaty of Versailles summary that will help you prepare for any school exam on the topic or even for a World War themed trivia night.

If you like our Treaty of Versailles facts, check out our interesting facts about Poland and Emily Dickinson facts.

Basic Facts About The Treaty Of Versailles?

When the First World War ended, the victorious allies needed to decide on a way to keep Germany and its allies at bay and prevent them from repeating the same horrific actions. The signing of the Treaty of Versailles was their solution.

1. The purpose of the Treaty of Versailles was to enforce peace terms between the Allies, who won World War I, and Germany, who was defeated.

2. The Allies set the terms of the Treaty of Versailles so that they could weaken Germany enough that she would no longer be a potential threat in the future.

3. The treaty was filled with harsh terms that impacted their territories, forced them to pay reparation payments and to demilitarize. It also held Germany entirely responsible for starting the war.

4. In January 1919, the Paris peace conference was held to create a peace treaty two months after World War I ended.

5. The conditions were mostly decided by the leaders of France, the United States and the United Kingdom, even though 30 representatives from different nations were at the conference.

6. The four individuals who created the terms of the treaty at the Paris peace conference are known as the Big Four. The Big Four were Lloyd George representing Britain, Vittorio Orlando representing Italy, Georges Clemenceau representing France and Woodrow Wilson representing the US.

7. Germany, Austria-Hungary, Turkey and Bulgaria, the countries that lost the war, were not allowed to attend the meeting.

8. At the Palace of Versailles, on 28 June 1919, Germany and its Allies were forced to sign the Treaty of Versailles. This is why Versailles is in the name of the document.

9. Germany and its Allies really had no choice but to agree with the conditions. The Lead Up To The Treaty Of Versailles

The Treaty of Versailles was the consequence Germany and its Allies in the central powers had to face for their actions in World War I. Here's the backstory to what led to the famous, unsuccessful treaty.

12. The First World War began after the Archduke of Austria, Francis Ferdinand, was assassinated in Bosnia and Herzegovina, and Austria declared war on Serbia.

13. WWI resulted in the deaths of 20 million wounded civilians and soldiers. A further 21 million people were wounded during the war.

14. The Central Powers was the term used to describe the alliance between Germany, Austria-Hungary, Bulgaria and the Ottoman Empire.

15. The Allied Powers was the term used to describe Great Britain, France, Russia, the United States and all of their allies.

17. On 10 January 1919, just after the war, the League of Nations formed as the first international peacekeeping organisation in history. The President of the United States at the time, Woodrow Wilson, was the key figure in the formation of this organisation that was based on fourteen points outlined in his peace plan. However, the US never joined the League of Nations no matter how hard Wilson pushed.

18. The United States did not sign the Treaty of Versailles as the Senate rejected it, despite the involvement of president Woodrow Wilson in its creation. This weakened the treaty and made it hard to enforce. Major Points Of The Treaty Of Versailles

The four main points that the treaty covered were the handing over of colonies and territories, the limitations on arms, war equipment and forces, the war crime trials, and the enforced reparations. These are some of the key points of the Treaty of Versailles that were outlined in the document.

19. The Treaty of Versailles signing took place in the Palace of Versailles' Hall of Mirrors on 28 June 1919.

20. The document contained 240 pages with 44 separate articles listing the terms of the peace treaty.

21. The Germans believed that the peace treaty would be based on president Woodrow Wilson 's fourteen point peace plan that he spoke about in 1918. However, this was certainly not the case.

22. Some of the ideas Wilson's fourteen points covered were that nations should be able to freely navigate seas, should not have to face economic barriers, should reduce military funding to promote public safety, and should be allowed to have fair rulings when it comes to colonial claims.

23. Article 231 of the treaty was called the war guilt clause. It stated that Germany was responsible for starting WWI. The war guilt clause was the basis for the Allies to force Germany to pay reparations for all of the damage they caused to Allied nations.

24. Germany had to pay 132 billion gold marks in reparations for the damage caused by the war. Today, this is the equivalent of $423 billion.

25. The debt Germany built up from paying the WWI reparations was so huge that it took 92 years for them to pay back.

26. Articles 42-44 and Article 180 stated that Germany had to demilitarize the Rhineland.

28. Articles 164-172 declared limits on the amount of ammunition Germany were allowed to have. They were also only allowed to produce military equipment in factories that the Allies approved.

29. Articles 181-197 meant that Germany's navy was essentially scrapped, with only a few ships left at their disposal. Their submarine fleets were completely banned.

30. Germany was not allowed to have an airforce under Articles 198-202 aside from 100 seaplanes that were used for minesweeping.

31. Article 80 declared that Germany had to remain a separate state from Austria by respecting its independence.

32. Germany was forced to abdicate Kaiser Wilhelm II at the end of WWI and had no choice but to become a republic.

33. Articles 227-230 gave the Allies the power to operate war crime trials. One of these was supposed to be on the abdicated Kaiser Wilhelm II, however, he escaped to the Netherlands before they could begin.

34. All of Germany's colonies were surrendered to the League of Nations under article 119. Germany lost control of its colonies in China and Africa.

The Consequences Of The Treaty Of Versailles

36. Decades after the Versailles conference, many historians agree that the provisions of the Treaty of Versailles on Germany was the catalyst for making WWII unavoidable.

37. In 1920, economist John Maynard Keynes stated that forcing Germany to pay for the entirety of the war was one of the most unwise political acts in history.

38. The Treaty of Versailles did a good job at humiliating Germany, but it did very little to actually solve the issues that led to the war.

39. French Marshal, Ferdinand Foch once famously commented, "This is not peace. It is an armistice for 20 years!" when talking about the treaty.

40. As the US never signed the treaty, it was very difficult for it be enforced on Germans in the long term.

41. The German economy was already struggling before the terms of the treaty were signed as a result of the corrupt imperial regime.

42. When Germany had delayed payments that it was required to pay, France occupied the industrial region of the Ruhr in Western Germany, to put pressure on the nation that was falling behind.

43. This only worsened Germany's economy and played a role in making the country's currency of marks essentially lose all of its value.

44. The reparations Germany had to pay destroyed the German economy and even the Weimar Republic.

46. The United States eventually started lending money to Germany as they could not pay the reparations without help. However, as the Allies were receiving scarce amounts of money, the reparations were cancelled in 1932.

47. The war guilt clause and embarrassment of the terms of the treaty played a major role in fuelling and escalating right wing nationalists, including Adolf Hitler.

48. Hitler began to defy the provision of the treaty, by re-arming the nation, re-militarizing the Rhineland and its anschluss with Austria, meaning they formed a union.

49. The British and French began trying to appease Hitler in the hopes of preventing a future war. However, he manipulated them into allowing him to take part of Czechoslovakia in 1938. This was essentially the start of World War II, as Hitler felt powerful enough to invade Poland in 1939.

Here at Kidadl, we have carefully created lots of interesting family-friendly facts for everyone to enjoy! If you learnt a lot from our Treaty of Versailles facts for high school students, then why not take a look at these Dick Turpin facts, or Paris facts too?