101 Facts About Charlotte, NC That Will Take You Back In Time | Kidadl

101 Facts About Charlotte, NC That Will Take You Back In Time 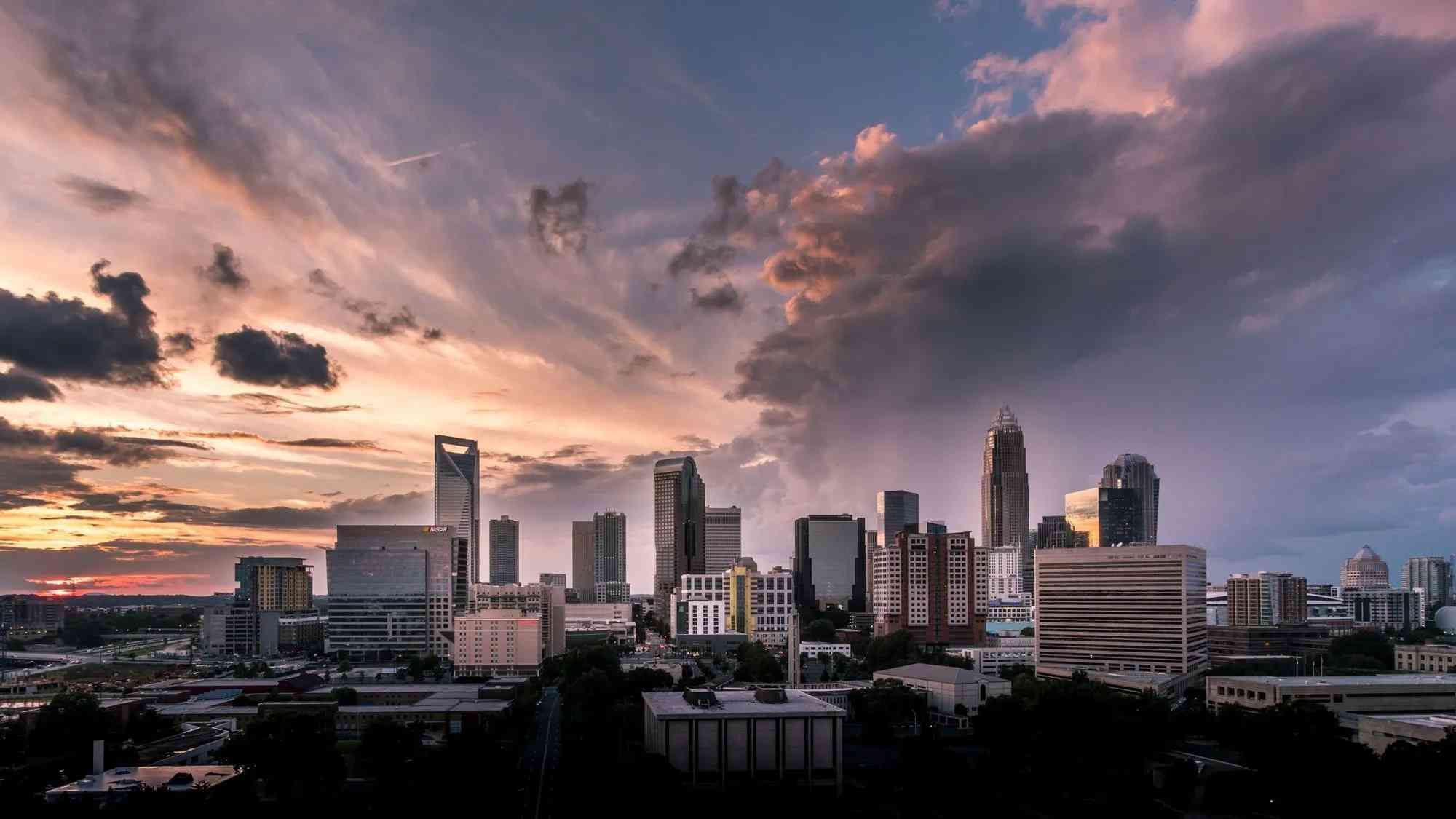 Charlotte is a beautiful city located in the heart of North Carolina.

North Carolina's commercial hub, Charlotte had the nickname 'Queen City'. This city is the perfect combination of history and the modern-day.

The city holds a lot of significant historical events in it, as the gold rush started in Charlotte and it was the hub of producing gold in the country till 1848 when the Sierra Nevada was founded. Even the name of the NBA Charlotte Hornets holds historical significance. Charlotte is known for great foods, like barbeque, seafood, burgers, Cheerwine, and more. On average, about 2 in (5.1 cm) of snow can be seen in winter, so plan your trip accordingly.

Charlotte is the most populous and largest city in North Carolina. It's also known as the commercial hub of North Carolina. Charlotte town holds countless historical and modern things in itself in perfect harmony.

An interesting fact is the actual downtown Charlotte of the city is called the 'uptown Charlotte'. Apparently, the Loyalists decided to settle at the Independence Square or Trade and Tryon of colonial North Carolina. It was the intersection of the trading paths of the Native Americans. Now, this intersection is located at the highest elevation point of the city, so everyone has to move up to reach downtown. Hence, people called it uptown and on September 23rd, 1974, the city council officially gave it the name 'uptown Charlotte'.

There are many things that attract people to Charlotte and one of the most important of them is the NASCAR race track. The Charlotte Motor Speedway has been described as one of the best places to watch a race. NASCAR even has its Hall of Fame in Charlotte.

Charlotte has a large family made up of eight sister cities that span around the world. Sister cities or twin towns are two or more cities that form a relationship in order to promote commercial and cultural ties. These eight cities are - Arequipa of Peru, Baoding of China, Limoges of France, Krefeld of Germany, Voronezh of Russia, Wrocław of Poland, Kumasi of Ghana, and Hadera of Israel.

The movie, 'The Hunger Games' which was released in 2012, was shot in North Carolina for the most part. The scene of the tributes interview was shot at the Knight Theater at uptown and some Capitol scenes were shot at the Old Philip Morris USA Plant in Concord.

The city holds many wonders of history in itself and it cherishes them. The streets, the market, even the business hub hold stories of the past. There are museums, theaters, and more that tell these stories.

The city was called the 'Queen City'. The reason behind it is that the city was named after Charlotte of Mecklenburg-Strelitz, wife of King George III. The first-ever discovered gold in the entirety of North America was actually found in Charlotte. Back in 1799, Conrad Reed, a 12-year-old boy found a 17 lb (7.7 kg) shining rock while playing in Cabarrus County. His parents kept it and used it as a doorstop for three years. Then a jeweler saw it and realized that the stone was pure gold and thus began the gold rush in America. The city had held an extremely important part in the American Revolution. More than a year before the Declaration of Independence was signed, the city supposedly signed its own statement of independence on May 31, 1775. This statement, known as the Mecklenburg Declaration of Independence or Mecklenburg Resolves stated the authority of the king or parliament was 'null and void' from that day forward.

Late in the Revolutionary War, in 1780, British General Cornwallis entered the town, but the sharpshooters of the city responded back in the Battle of Charlotte and the nearby Battle of Kings Mountain by peppering the General's men mercilessly. Later, Cornwallis mentioned this event in his diary as 'hornet's nest of rebellion'. The hornet or hornet's nest still holds great significance to this day. It can be seen on the uniforms of NBA Charlotte Hornets and police officers. Charlotte has been the birthplace of many business fronts. If you've heard about the Belk department store chain, the family started their business in Charlotte and their flagship store still lives there. The very first Family Dollar discount spurge was opened by Leon Levine on Central Avenue. W. T. Harris opened a food market which then spread and became a regional supermarket company. There are many more such examples. Charlotte has been the commercial hub of North Carolina for quite some time.

Charlotte does not only hold historical and modern industrial value, it also holds a lot of cultural value. The city holds the first art museum, the first municipal orchestra, and the oldest community theater.

The largest-ever cultural event of North Carolina happened back in 1988-89. The event was a 'Ramesses the Great' exhibition which happened in the Mint Museum. This event that spanned over about four months attracted over 634,000 visitors. The city is home to a beautiful cultural center that honors the contributions of the African-American people to the art culture of America. The center is named the Harvey B. Gantt Center for African American Arts and Culture. The center was designed after the oldest black public school in the city, the Myers Street School.

The Carolina Theatre located in Charlotte was quite popular back in the day. Big stars, like Bob Hope and Frank Sinatra, have performed in the theater. Even Elvis Presley performed for the first time in this theater in 1956 in Charlotte. One of the most beautiful museums of the city, the Levine Museum of the New South opened back in 1991 as a 'museum without walls'. The museum started by placing various exhibits and interactive kiosks around the uptown area. It was moved to its current location in 2001.

Charlotte is the commercial hub of North Carolina. It not only celebrates industrial development but also cherishes scientific discoveries. Charlotte Houses Discovery Place, which is a family science museum with hands-on science displays. Following are some of the reasons why Charlotte is so popular.

Wilkinson Boulevard holds quite a historical value as it held the camp for soldiers after World War I. However, the most interesting thing is, there's a Dairy Queen on this street that holds the very last 'Eskimo'style roof of the country. Charlotte holds the United States National Whitewater Center where kayak and canoe competitors of the Olympics practice. This center is the largest man-made whitewater river. The powerful pumps of this center can fill up an Olympic-sized swimming pool within only about eight seconds.

Charlotte holds one of the top-ranked museums in the country for children, 'ImaginOn: The Joe & Joan Martin Center'. This facility is one of a kind museum that attracts over 300,000 people each year. As of 2019, the population of Charlotte was about 857,000 people. The city is home to more than 3000 refugees from more than 40 different countries, from Central America, Syria, Afghanistan, Congo, and more. The city holds not one, but two nuclear power plants and it is the only major city in the United States to have so. The McGuire Nuclear Station is located near Lake Norman and the Catawba Nuclear Station is located at Concord near the Catawba River. While the city does have two powerhouses near Lake Norman and the Catawba River, it lacks a zoo. However, the North Carolina Zoological Park is not that far away.

Here at Kidadl, we have carefully created lots of interesting family-friendly facts for everyone to enjoy! If you liked our suggestions for 101 facts about Charlotte, NC that will take you back in time then why not take a look at facts about Denver Colorado or facts about Boise Idaho.