139 Alex Rodriguez Facts That Every Baseball Fan Should Know | Kidadl

139 Alex Rodriguez Facts That Every Baseball Fan Should Know 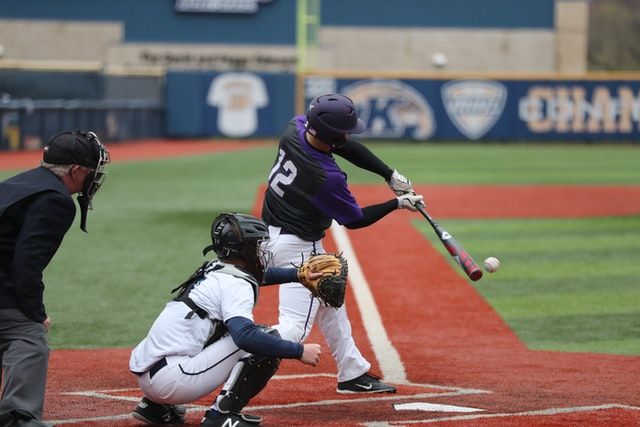 Alex Emmanuel Rodriguez is one of the most famous and best American baseball players who started playing baseball from a very young age.

If you are a baseball lover of this century, Alex Rodriguez's name would not sound unfamiliar. A former Yankees star, he has now joined the ownership of the NBA Minnesota Timberwolves and WNBA Minnesota Lynx but these are Rodriguez's achievements post-baseball. What did he achieve during his illustrious baseball career? Keep reading this article to find out!

If you are enjoying this article, you are sure to love our other similar articles on Andrew Carnegie facts and our Alex Morgan biography.

Being a baseball fan would have always drawn you towards the Major League game, right? This game has produced the baseball gem, Alex Rodriguez. Alex was born in Washington Heights in New York City. Alex played for Texas Rangers and Seattle Mariners before joining the New York Yankees.

Rodriguez's career was packed with accolades, accomplishments, and record-breaking achievements. These achievements got him prizes and Rodriguez now also owns a Mercedes-Benz dealership in Texas. In fact, did you know that his nephew, Joe Dunand is now a professional baseball player? Alex is also an investor for the NRG Esports eSports team.

As many awards that Rodriguez won, he was also equally involved in scandals, and one such scandal, the Biogenesis scandal, got Alex banned from the 2013 and 2014 games. Let's look at more such fun and interesting facts about Alex Rodriguez.

Post-retirement as a baseball player, Rodriguez became a broadcaster for Fox Sports 1, a path most retired sports professionals take. He then joined the ABC news network and starred in the famous tv show 'Shark Tank', an American business reality tv series.

In 2016 August, Rodriguez played his last game before starting his broadcasting career and finished among all-time leaders with the most RBIs and home runs.

Did you know that Alex Rodriguez refused the baseball scholarship offered by Miami and so never played for his college? Instead, he joined the Seattle Mariners, who Rodriguez signed to at the age of 17, on their first round of amateur fast in 1993.

Alex's combined strength of his defense, power, and speed made him a supremely special person in the Seattle Mariners, but he then later left the team after the 2000 season to join the Rangers. For 10 years, his $252 million contract was considered the highest in baseball history.

Alex Rodriguez had several baseball records to his name and was one of the most illustrious baseball players in the American League. Let's read some facts on his career.

In 2010, Alex Rodriguez hit 600 home runs to become one of just seven players in Major League history to do so.

In 1994, at the age of 18, Alex Rodriguez played his first game with the Seattle Mariners while playing shortstop against the Red Sox team. The very next year, Rodriguez made his first home run at Kingdome.

Alex was assigned to the Seattle Mariner's Triple-a club in 1995. He got featured in the magazine Sports Illustrated as quoted, 'Short Story: Jeter and Rodriguez head up the finest group of short sports since WWII'.

The Sporting News and Associated Press also named Alex Rodriguez as the 'Major League Player of the Year'. He was also called the youngest player in baseball history who was the most valuable but later Juan Gonzalez beat Rodriguez to gain the same title.

Alex Rodriguez was also given the title of 'Players Choice AL Player of the Year' in the year 1998 and won his second 'Silver Slugger Award' too. He scored 111 runs bated in RBI, 42 home runs, and an average of 310 in 1999. Baseball America named him 'Major League Player of the Year' the following year.

Alex Rodriguez won the Babe Ruth Home Run Award. Unfortunately, the Texas Rangers had decided to relocate him and remove his contract.

During game six of ALCS in 2004 with the Boston Red Sox, Rodriguez knocked the ball loose as he swatted at the Red Sox pitcher's glove. This move made the New York Yankees lose their game as the referee ruled out the move.

Alex hit 36 home runs, batted 106 runs, and scored 112 runs and 28 stolen bases during his first season with the Yankees. This was in 2004 when Alex Rodriguez got traded with the New York Yankees.

Alex Rodriguez had his name inked in the baseball game, one of the many professional sports played in America. He has several records to his name and several more accolades as well. Let's look at some famous records of his.

Alex Rodriguez won his maiden world series title in 2009 in the ambiance of the New Yankee Stadium. He also became the career leader in home runs the following year where he won the World Series title as well.

In 2006, Rodriguez was called the All-Star and had ranked eighth in home runs and fourth in RBIs. This was due to his recent performance of 100 runs, 35 home runs, and 100 RBIs from the past nine seasons.

Rodriguez scored his 500th home run in the year 2007. This feat was achieved only by him, making him the star in MLB history as he hit the 500th home run milestone while playing for three different teams! Alex Rodriguez was also awarded the Players Choice Award during this time.

Rodriguez hit 600 home runs and became the seventh and the youngest player in MLB history to do so at the age of 35. During that time in 2010, he also recorded his 10th RBI.

Rodriguez had his debut game after the suspension on opening day. He played in the Yankee Stadium against the Blue Jays.

Rodriguez set an AL record on 27 May 2015, which surpasses Lou Gehrig's record for the most career RBIs.

Alex set a league record for home runs and reached the rank of 48 in September 2001 while doing so. Rodriguez had several such home run records.

Alex has been the AL All-star winner 12 times and has won the AL Silver Slugger award about 10 times. He has also been given the Babe Ruth Home Run Award award three times and twice the Seattle Mariners Player of the Year award has been awarded to him.

Alex holds 25 grand slams in his career record; however, that had its own controversies. It is said that all his sports contracts were signed with the most well-to-do and lucrative agencies, which got him a lot of media attention.

Alex Rodriguez had quite a simple childhood. Since then, baseball has been an integral part of Rodriguez's life. Let's read some facts about Alex's childhood.

Alex was born in Manhattan, in Washington Heights, in 1975 to Dominican immigrants Lourdes and Victor Rodriguez. He has two half-siblings from his mother's first marriage, Suzy and Joe. When he was only four years old, he relocated to Miami, Florida. You might be wondering if Rodriguez himself has any favorites in baseball; well, he certainly does. Growing up, he loved Dale Murphy, Cal Riplen Jr, Keith Hernandez, and the New York Mets were Rodriguez's favorite team.

Alex transferred to Westminster Christian School after finishing his freshman year at Christopher Columbus High school in Miami. He was his school football team's quarterback and was also a star shortstop. He played 100 games and had 19 stolen bases. Westminster won the high school national championship when Rodriguez was in his junior year. Alex was also the first team prep All-America senior. He hit nine home runs, 35 stolen bases, and had 36 runs batted in 35 attempts in 33 games.

Even when he was small, he won several accolades like the Gatorade's national baseball student-athlete of the year and USA baseball junior player of the year. He even tried out for the US national baseball team in 1993, making him the first high school player to apply for the national team. This made him a top prospect for baseball in America.

Rodriguez had also expressed an interest in playing baseball for the University of Miami, and at the same time, he was also a quarterback on their football team. Although, Alex turned down the university's baseball scholarship to go play with the Seattle Mariners after getting in their team by succeeding in the first round of the 1993 amateur draft.

Here at Kidadl, we have carefully created lots of interesting family-friendly facts for everyone to enjoy! If you liked our suggestions for 139 Alex Rodriguez Facts that every baseball fan should know then why not take a look at Chuck Berry facts, or Andre Derain facts.