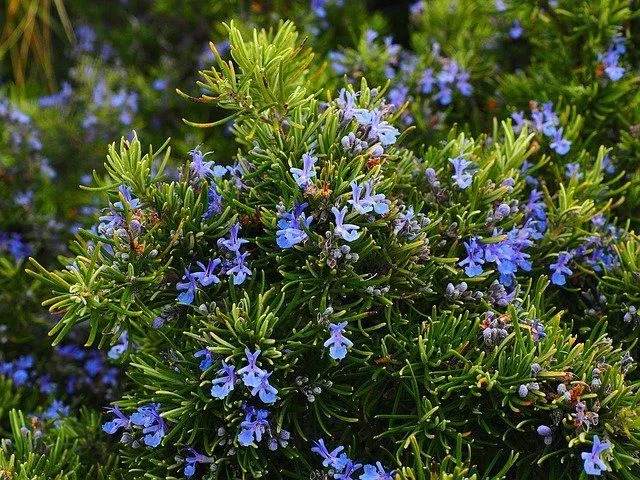 Ancient Greeks and Romans used rosemary around 500 BC as both culinary and medicinal herb.

Rosemary can be found all over the world and grows in temperate climates. Extensive, long-term use of rosemary plants has side effects, such as muscle spasms, skin irritation, vomiting, and coma.

Did you know that rosemary is not only a delicious herb but has many amazing health benefits as well? This potent plant has been used for centuries to treat diseases from headaches to heart disease. In this article, we will explore some fantastic facts about rosemary. We will discuss everything from its history and medicinal properties to how it can be used in the kitchen. So sit back, relax, and learn all about this wonderful herb!

Rosemary's historical facts and uses are interesting and varied. This herb has a long tradition of being used in cooking, medicine, and magic. Today, we still enjoy the flavor of rosemary in our food.

The tablets of cuneiform stone first mention rosemary around 5,000 BC. Although much about its history is not known, Egyptians used rosemary in their burial rituals.

'The Natural History' by Pliny the Elder has information about rosemary, and the Greek botanist, Pedanius Dioscorides also wrote about rosemary.

This herb was then transported to China, where it was naturalized around 220 CE under the rule of the late Han Dynasty.

At the start of the 17th century, rosemary was brought to America by European settlers. It then spread across South America and was distributed globally.

Rosemary (Salvia rosmarinus) is a fragrant evergreen shrub with needle-like leaves and purple, pink, white, or blue flowers. It belongs to the mint family Lamiaceae. Rosmarinus officinalis was its scientific name until 2017.

Salvia genus has hundreds of rosemary species, including Rosmarinus officinalis.

The genus name for rosemary is Rosmarinus, which means 'dew of the sea.'

The specific terminology 'ros marinus' is the ancient name of rosemary in classical Latin.

The current and original name of the genus of this species was given by Carl Linnaeus, the 18th-century taxonomist and naturalist.

Common names were given to rosemary associate it with different folklore and myths as it has been used since antiquity.

Spain is the largest producer of rosemary in the world. Other significant producers include Morocco, Italy, France, and Greece.

The United States is also a significant producer of this herb, with California being the central growing region.

This drought-tolerant plant is grown in xeriscape landscaping and garden for ornamental purposes.

Rosemary is pest-resistant and easy to grow the plant. This plant can grow quite large and retain its attractiveness for several years.

The rosemary bush needs to grow in a good sunny position on loam soil with adequate drainage.

Rosemary can be dried by hanging it upside down in a cool, dark place. Once the herb is dry, it can be stored in an airtight container for up to six months.

Rosemary leaves can be added to meats, vegetables, loaves of bread, and sauces for extra flavor. Traditional Mediterranean cuisine uses either dried leaves or fresh ones.

The active ingredient in rosemary is rosmarinic acid. This compound has been shown to reduce inflammation and boost cognitive function.

Rosemary water is simply water that has been infused with rosemary. This simple recipe can be used to create a refreshing drink or can be added to dishes for extra flavor.

The essential oil content in rosemary plants is around 0.3-2%, extracted through distillation.

In some cultures, it is considered bad luck to bring an evergreen into the home during the Christmas season. Rosemary is often used to substitute for other traditional evergreens like pine or holly.

The evergreen rosemary leaves are 0.75-1.5 in (2-4 cm). Rosemary is a good source of vitamin c, vitamin A, vitamin B6, calcium, manganese, iron, folate, dietary fiber, magnesium, and thiamine.

Rosemary has a strong, pine-like flavor that can be used in both sweet and savory dishes.

Rosemary should be stored in a cool, dark place and can be kept fresh for up to six months.

There are over 30 species of rosemary that grow worldwide. Rosemary is thought to improve memory and cognitive function.

Rosemary is an ingredient in many commercial cosmetics and beauty products.

Dried rosemary is the most commercially used and comes from Morocco, France, and Spain.

Q: What is the rosemary used for?

A: Rosemary has been used to treat everything from headaches to heart disease for centuries.

Q: What does rosemary symbolize?

A: Rosemary has a long history of symbolism and has been associated with love, fidelity, and remembrance.

Q: Where is rosemary mainly grown?

A: Rosemary is mainly grown in the Mediterranean region but can also be found in other parts of the world.

Q: Why is rosemary good for cooking?

A: Rosemary is good for cooking because it can help to enhance the flavor of food. Additionally, rosemary has many health benefits that make it a great addition to any meal.

Q: Does rosemary help with sleep?

A: There is some evidence that rosemary may help with sleep, but more research is needed.

Q: Why is rosemary called 'dew of the sea?'

A: Rosemary is called 'dew of the sea' because it grows near the coast and gets a lot of moisture from the air.

Q: What culture uses rosemary the most?

A: The culture that uses rosemary the most is the Mediterranean region. This herb is popular in dishes from countries such as Italy, Greece, and Spain.

Q: Is too much rosemary poisonous?

A: Yes, too much rosemary can be poisonous. Rosemary contains a compound called thujone, which can be toxic in large doses. Symptoms of rosemary poisoning include vomiting, seizures, and coma. Call poison control immediately if you think you or someone you know has ingested too much rosemary.

Q: Is rosemary a fruit or vegetable?

A: Rosemary is not a fruit or vegetable. It is an herb.

Q: Where did rosemary originally come from?

A: Rosemary is native to the Mediterranean region. It grows wild in countries such as Italy, Greece, and Spain.