Animals In The Arctic Ocean: Types Of Animals And Their Adaptations! 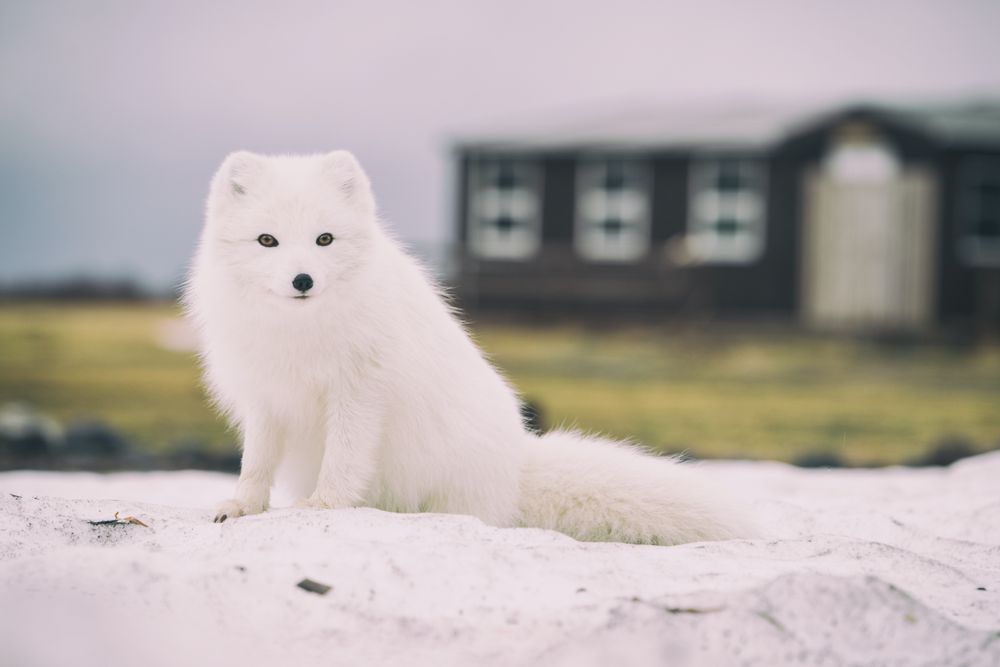 The Arctic region is thriving with wildlife.

And you can be a witness to exotic arctic animals like bearded seals, polar bears, Arctic hares, harp seals, orcas, and so on.

The Laptev Sea, the Barents Sea, and the Kara Sea are the three marginal water bodies of this ocean and are home to several arctic animals. If you are planning for an Arctic cruise, it will be a fantastic opportunity for you to catch sight of this rich wildlife in their natural habitat.

Do you know that most arctic animals have adapted their bodily characteristics and behavior to survive the harsh winter cold? For example, the arctic ground squirrel have a hibernation period of about eight months, while some other bird species like the bald eagle migrate for long distances! If you are intrigued by this majestic wildlife, then here we have a compact list for you. Read on!

If you like reading about animals, you can also read about animals in Saudi Arabia and animals of the Great Barrier Reef.

Endangered Animals In the Arctic

Arctic animals that are endangered in the polar regions are polar bears, arctic foxes, musk oxen, and beluga whales.

Polar bear: Polar bears are a common sight throughout the ice sheets of the Arctic region. These sheets are their favorite spot for hunting. But, with an increase in the summer temperature near the Arctic zone, the polar bear species is at risk of survival. They are a classic example of wildlife species threatened due to climate change.

Arctic fox: An Arctic fox, or the Vulpes lagopus, is a petite white fox that calls the ice-filled Arctic region its home. These foxes are a common sight all around the Tundra biome of the Arctic region, and to survive the harsh weather of winter, they have developed warm and thick snowy fur. Although they are tagged as Least Concern by the IUCN, their food sources, especially lemmings, are decreasing at an alarming rate. Even the number of these foxes had reduced by sport hunting in the 20th Century, which is yet to increase to date.

Caribou: Caribou to the North American population, this deer species has received the Vulnerable tag by IUCN. A Caribou is native to the Tundra region, is endangered due to overscale mining of gas and oil. Such mining activities are the result of their habitat loss.

Arctic peregrine falcon: These falcons are on the verge of extinction due to the interference of humans. DDT is another threat because these birds often feed on DDT-infected prey, which leads to fragile egg development.

Musk ox: The musk oxen have lived in the ice-laden Arctic areas for several millennia. But the number of these ox species reduced in history to a bare minimum of 500 due to overhunting.

Beluga whale: Among the whales, the beluga whale species of the Arctic region are suffering from the threat of extinction. These whales have adapted themselves to the arctic waters. Their absence of dorsal fins can be proof of that, as it helps swimming among large ice sheets easier. The extraction of fossil fuels is the reason which threatens this species.

ANWR, or the Arctic National Wildlife Refuge of Alaska, has taken initiatives to protect several endangered species, like the Caribou or Polar bears, and even migratory birds.

Arctic Animals You Might See On A North Pole Expedition

On your next arctic wildlife expedition, you will be able to see an array of exotic Arctic animals, birds, and marine wildlife among the sea ice. These include polar bears, Arctic wolves, Arctic hares, lemmings, moose, ermines, sea otters, snow owls, ptarmigans, orcas, narwhals, and so much more!

If you want to explore another species resembling an arctic fox, you are in for a treat. Arctic wolves, or Canis lupus arctos, is a snowy wolf hailing from the Arctic land. These wolves are generally friendly towards humans, and an Arctic wolf will approach you while you greet them! Amazing right? A trip to the North Pole will be left incomplete if you miss out on a polar bear! Polar bears are restricted to the Arctic circle and the seas, landmasses that surround the Arctic Ocean.

Did you know the brown bear is a sister species of a polar bear? However, these bears have adapted themselves to the severe winters of this area with an evolution of their thick furry coat. Another exotic animal of the Arctic is an Arctic hare. Much like your homely rabbits and hares, Arctic hares resemble the same look. These adorable hares, however, have evolved and adapted themselves to the harsh weather of the Arctic.

They have developed a thick furry coat, along with short limbs and ears. They survive the cold by digging holes in the snow! The next exotic animal is an ermine. They are a sight for sore eyes, with their adorable face and snowy fur. They belong to the family of weasels, but they also have a variety of fur colors. Ermines usually sport brown coats in the summer climate, which turns white in the winter climates.

Did you love Hedwig in Harry Potter? Then snowy owls will be a treat for you on your North Pole expedition! Like their name, snowy owls are white, and unlike other owls, these species are active in the daytime. But, unlike Hedwig, these owls are not suitable pets as they have a solitary nature. Among avifauna, the puffins are next, which are adorable small birds, and you will notice them in the offshore islands and coastal areas of the Arctic circle.

These tiny birds have a thick white and black plumage, which they developed to protect themselves from the severe cold. A ringed seal and walrus will belong to the group of pinnipeds that you can catch sight of in the Arctic. A ringed seal is solitary, and if you can catch them in groups, then it is their mating season.

Terns have two plumage colors, brown or gray, and are being noticed for their angular wings. This breeding bird has a unique black cap on its head and is social. Did you know Arctic terns hold a fantastic record of longest migration compared to any animal of the world? More commonly termed as parasitic jaeger, Arctic skua lives in colonies.

You can spot this bird with its central projected tail. This seabird is reputed to be aggressive, which has earned it the tag of 'Avian Pirates'! The Arctic is also home to a thick-billed murre and razorbill. A thick-billed murre, known for its deepest dives, is an adorable bird with a black head and equally black wings and back. These birds have a special cackling call, often heard during the breeding season, but it turns silent as it reaches the sea!

Did you know that razorbills are a relative of the great auk, which is extinct at present? These birds have white plumage, as well as a white belly along with a black head. They are agile, as you can find them nesting in colonies.

Plants In The Arctic Ocean

Arctic waters do not have many plant species, apart from Arctic weed and mosses.

Only seaweed and mosses can be found in the oceanic waters, while in the land, Arctic daisies, Arctic willow, mountain ravens, and other similar vegetative species can be observed. Arctic seaweed is a shelter for marine animals, while Arctic moss is known for its long life. Owing to the harsh climate, vegetation in the Arctic zone is stunted and sparsed. The climate here is arid and, combined with permafrost, makes it difficult for plants to colonize. Do you know that in the Arctic, you can only find approximately 140 vegetative species?

Marine Life In The Arctic Ocean

Some of the unique marine mammals that swim in the Arctic waters are beluga whales, bowhead whales, walruses, and more.

A bowhead whale is a distinct whale species, which draws its name from its broad triangle-shaped skull. These whales are not known to be social, but you can spot them sometimes on the water surface while it is resting. Apart from the bowhead whale species, beluga whales are another one that swims freely in this ocean. It also goes by the name of melonhead; do you know why?

Because its head is shaped like a melon! In these ice-cold waters, you might also see a Greenland shark known for having an enormous lifespan. These sharks are apex predators and play an essential role in the marine food web of the Arctic. The waters of the Arctic are also home to smaller fishes like the arctic cod, or arctic char species, gelaninous seasnails, and so on, which survive by feeding on phytoplankton. The coastal waters of the Arctic are claimed home by harbor porpoise species and some dolphins.

Land Mammals That Swim In The Arctic Ocean

Land mammals like polar bear species, and the caribou, can swim in the ocean water.

A polar bear is well known for swimming long distances with ease. It has enormous paws, adapted to ease in swimming, and they also use their hind legs for paddling through the freezing waters. It might come across as a surprise, but a caribou can swim at a speed of almost 6 mph (9.65 kph)! Numerous documentaries can be proof of that. Their hair is buoyant and hollow, while their hooves are broad, facilitating them to swim among sea ice.

Here at Kidadl, we have carefully created lots of interesting family-friendly facts for everyone to enjoy! If you liked our suggestions for animals in the Arctic Ocean then why not take a look at animals that hatch from eggs, or animals that live in Death Valley.