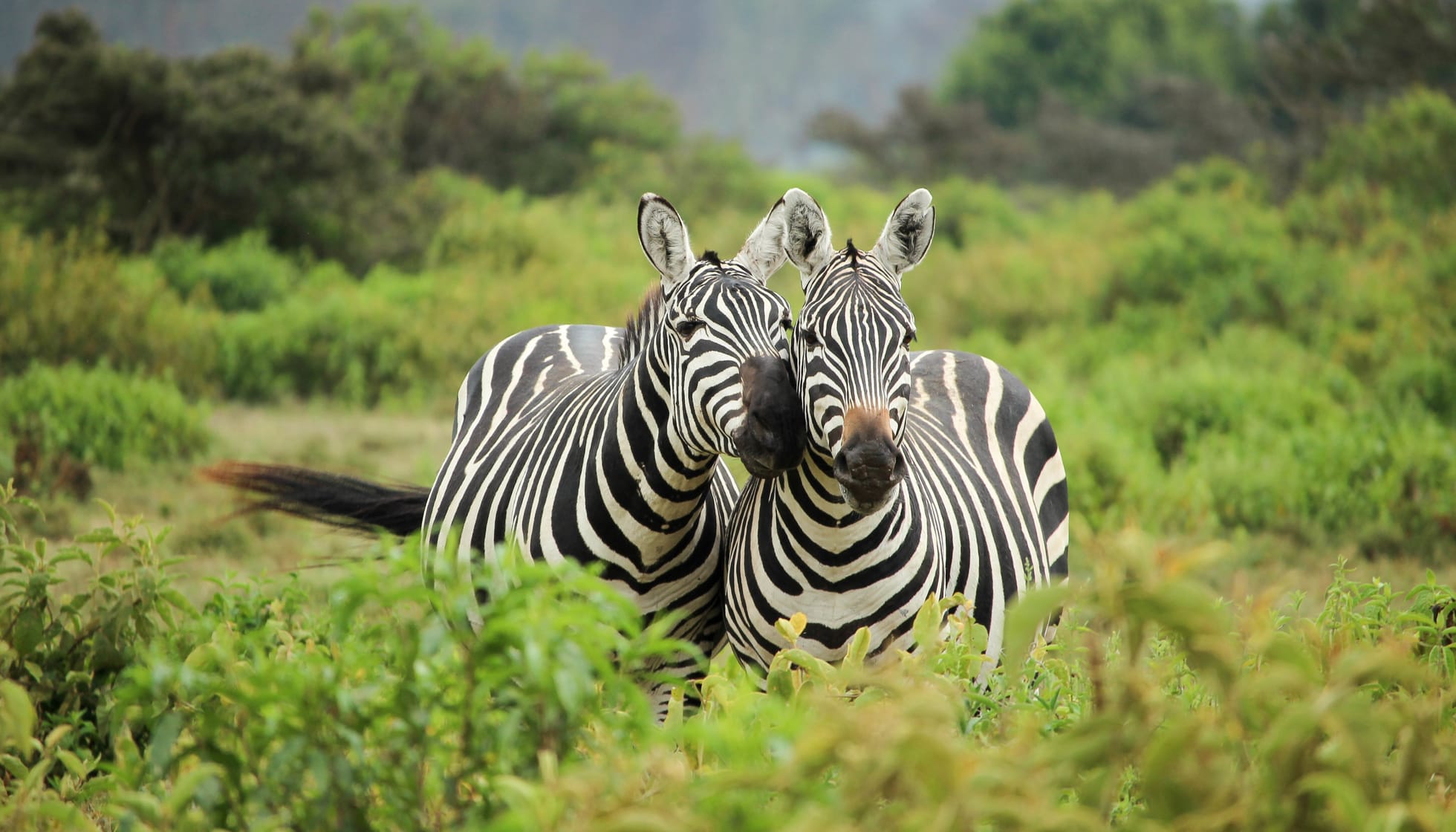 If you ask a bunch of kids about their favorite wild animal, then a zebra is a common name. Zebras are one of the most well-known wildlife creatures. The plains zebra (Equus quagga) have a distinct appearance that makes them every kids' favorite animal. The plains zebras are not just unique because of their appearance. They can be found across grasslands of East Africa, and South Africa.  They are also famous for their behavior, strength, and speed. So, now it's time to unveil some interesting facts about these fascinating creatures. There are various subspecies of plains zebra, out of which the most famous one's is Burchell's zebra (Equus quagga burchellii). Plains zebra live in family groups that are called harems and in due time these harems join other family groups to create large herds. A standard family group comprises one stallion, multiple mares and their foals. The mares give birth to a single foal after a gestation period of around 13 months.

In the wild, the average life span of plains zebra can extend up to 25 years. During rainy season, plains zebra migrate to succulent pastures across East Africa and South Africa. After you are done reading these plains zebra facts, do check out some more interesting articles on przewalski's horse and horses.

What type of animal is a plains zebra?

A plains zebra, also known as a common zebra (scientific name: plains zebra Equus quagga), is a social animal that looks quite similar to a horse, but they can't be misunderstood as horses. Maneless zebra, Grant’s zebra, quagga, and Burchell’s zebra are some of the subspecies of plains zebra.

What class of animal does a plains zebra belong to?

A plains zebra (Equus quagga) is a mammal, it gives birth to offspring.

How many plains zebras are there in the world?

The estimated population of plains zebras is around 500,000. These zebras are pretty common, but due to constant habitat loss their population has declined over the years.

Where does a plains zebra live?

A plains zebra is a common species of zebra found in Southern Africa and Eastern Africa.

What is a plains zebra habitat?

A plains zebra lives in treeless grasslands and the savanna woodlands.

Who do plains zebras live with?

Zebras live in 'harems'. Harems are a small family group of zebras. A harem consists of a stallion, multiple mares and the offspring.

How long does a plains zebra live?

A plains zebra can live up to 25 years.

A plains zebra is well known for its black and white stripes. These horse-like animals have these stripes running all over their body.

Zebras are indeed very cute animals. A plains zebra looks fascinating because of its unique color pattern and stripes.

Zebras communicate through their facial expressions and sounds.

How big is a plains zebra?

How fast can a plains zebra run?

Plains zebras are very fast runners, and they can run at a speed of 40 miles per hour which helps them escape from some predators.

How much does a plains zebra weigh?

Zebras are heavyweight animals, and a male zebra can weigh around 475-710 lb while a female zebra weighs around 386-551 lb.

What would you call a baby plains zebra?

A baby zebra is usually called a foal, and this term is generally used for both male and female babies. Another name for a male baby zebra is colt.

Plains zebras are herbivores, and their primary diet comprises grass. The grass diet is supplemented  by consumption of stems, leaves, and twigs of plants which is present across the grasslands of Eastern and Southern Africa.

Yes, plains zebras are aggressive, and they can be dangerous, too. Zebras may look a lot like a horse, but they can be far more dangerous than a horse. If they feel threatened, then they can bite and cause harm to humans. It is said that if a zebra kicks a human or even if they kick other zebras during fighting, then the injured one can even die. Also, there are many incidents when a zebra even killed a lion!

Plains zebras are not known for being good pets, as they are wild animals present in Eastern and Southern Africa. Their temperament is suitable for a domestic purpose. Let's suppose you manage to keep them as a pet, but now the first problem you will face is that it is nearly impossible to provide them with a place that is similar to grassland. Second, plains zebras are well known for their aggressive and dangerous nature. These aggressive creatures can even kill a lion, and having such an animal as a pet can be quite dangerous. Some people who are animal experts can easily keep wild animals as pets. So, if you have such a way with animals, then you can easily pet a plains zebra.

There is no regular pattern for the stripes. Plains zebras have a distinct stripe pattern, the stripe tends to be vertical in the front part, and on reaching the rear part, the stripes become horizontal. And the stripes can be broad and narrow in some places.

Plains zebras are important because they play a major role in the ecosystem of their surroundings. They are herbivores and they maintain the grasslands, as they eat the old parts of the plants which allows the new parts to grow. The second reason is that they are eaten by other big animals such as lions, and if their population goes down, then the predators of that place might also face a decline in their population because of lack of food.

How has the plains zebra adapted to its environment?

Plains zebras have adapted well to their environment. A plains zebra has black and white stripes all over its body which serves the purpose of camouflage. And when in danger, these zebras can run at a speed of 40 mph. Their long and strong legs help them in doing so. Their teeth are well adapted for a grass diet.

How are plains zebras different from common zebras?

Plains zebras are actually common zebras, and they are almost similar to the other type of zebras. But there are some differences between them, and one of the major differences between common zebras and other zebras is that the stripes of a common one are more boldly striped and are vertical in the forepart and on reaching the hind part of the body become a bit horizontal. It is important to note that no single zebra looks 100% alike, they always have some sort of difference between them.

Here at Kidadl, we have carefully created lots of interesting family-friendly animal facts for everyone to discover! Learn more about some other mammals including zebra, or grevy's zebra.

You can even occupy yourself at home by drawing one on our Plains zebra coloring pages.