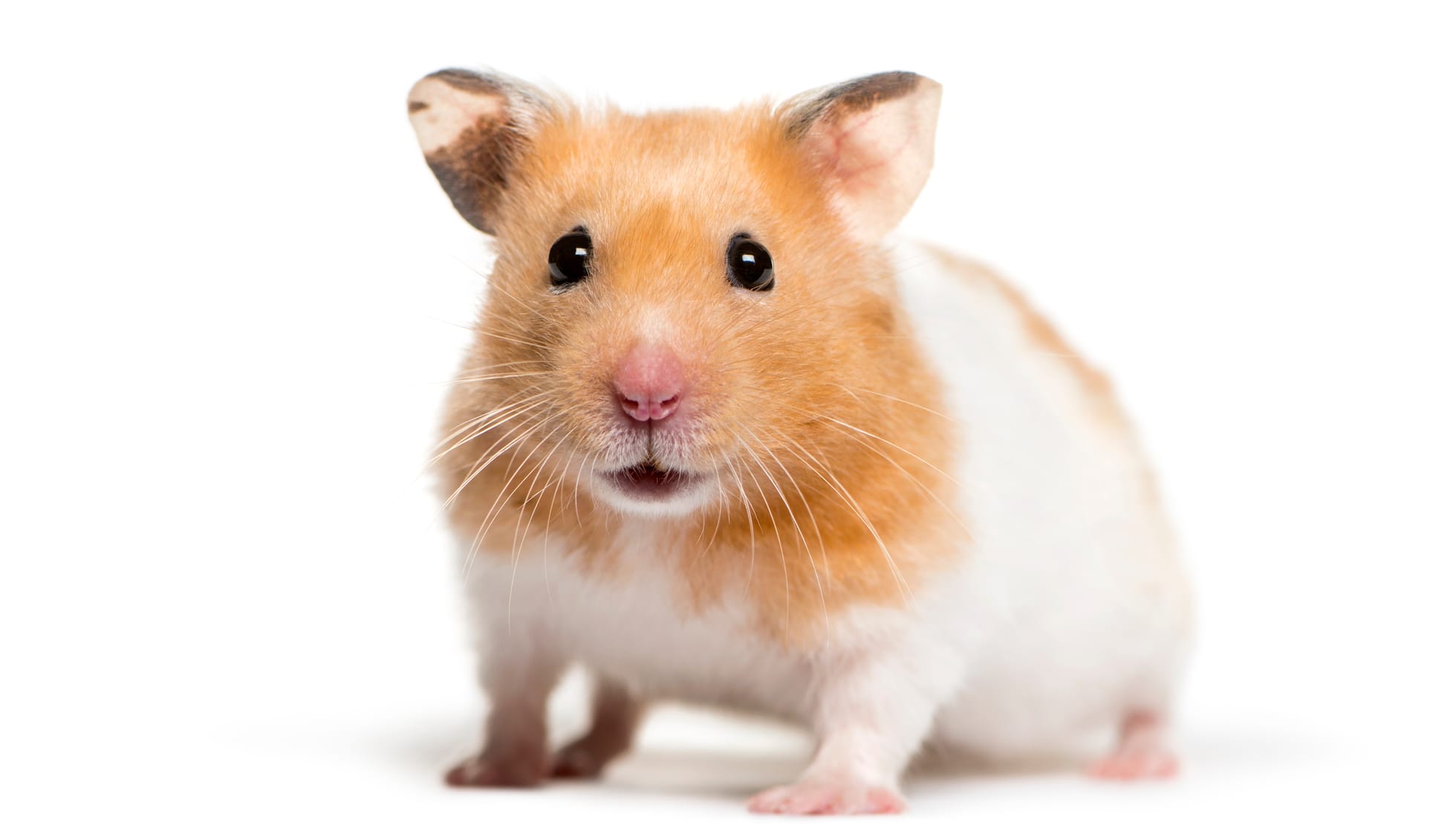 If you are interested in keeping a hamster as a pet, it is an excellent idea as it makes a fantastic pet. Among the different species of hamsters available globally, Golden hamsters are the best choice for pets because of their perfect size that fits in your hand. A Syrian hamster, known as a Golden hamster, is a rodent. Their population in the wild has decreased. The reason for the hamster's population decrease is habitat loss and killing by humans to protect agriculture yield.

However, private breeders are well set up, and the hamster's number is increasing in captivity, and they are kept as house pets. Initially, they were from southern Turkey and northern Syria and were first described by British zoologist George Robert Waterhouse who named them Syrian hamsters. Later they were captured by many other zoologists and were bred in the laboratory as research animals. They are exported to Britain and United States, where people love to keep them as pets.

As you go through our article, you can learn more facts about the cute little furry friend. To know more exciting facts about animals, check our other articles on the Pika and Guinea pig.

What type of animal is a Syrian Hamster?

What class of animal does a Syrian Hamster belong to?

A Syrian hamster belongs to the class of Mammalia.

How many Syrian Hamsters are there in the world?

An exact number of these is unknown, but their population in the wild has declined a lot, and the species is considered vulnerable.

Where does a Syrian Hamster live?

A Syrian hamster is originally from southern Turkey and northern Syria. Later on, they were exported to United States, Britain, and other countries where people enjoy keeping a pet hamster.

What is a Syrian Hamster's habitat?

A Syrian hamster habitat is in dry arid places like deserts, sand dunes, river valleys, rocky areas. They also live in gardens and agricultural lands. They are good diggers, make burrows with interconnected paths where they stay during the day to escape from their predators.

Who do Syrian Hamsters live with?

Golden hamsters prefer to live solitary life both in the wild and in captivity. They are territorial and do not tolerate other hamsters in their home range, except when they are mating, and even after mating, they may attack one another. They are so intolerant that they may attack their own babies, and siblings may attack each other and fight to the death. So, they are separated after four weeks, which is their maturity period.

How long does a Syrian Hamster live?

Syrian hamster's lifespan is one to two years in the wild, and it is two to three years in captivity.

A sexually mature female Syrian hamster enters the estrus period after every four days. These rodents have a short gestation period of nearly 16-21 days. They can give birth to more than 20 pups, but the average number of litter is 8-10. If a Syrian hamster becomes a mother for the first time, she may be frightened and may eat her own pups or give up on them. A female hamster may enter estrus right after giving birth and may conceive again when she already has little pups. This may cause stress on the female's body, and it may give birth to weak pups.

Their conservation status in the wild is Vulnerable.

The Syrian hamster has a stout body with fur all over it. It has a little tail that is almost invisible underneath its fur. They have small ears, wide feet, and stocky legs. It is also called a Teddy bear hamster. They have flexible cheek pouches expandable till shoulders. Those stretchable cheek pouches are used to carry a lot of food to their burrows. Since they can carry plenty of food in their cheeks pouches, they have a special name in the Arabic language, translating to 'mister saddlebags'.

They communicate using chemical cues and body language. Hamsters have a good sense of smell. On each hip, they have scent glands called flank glands used to mark their territories. They communicate with other hamster using ultrasonic sounds which are not audible to humans. They do teeth grinding, squeaking, hissing, clicking, and chattering. They dig, groom, stretch the body, make ears erect, and display teeth to show their different emotions to humans.

How big is a Syrian Hamster?

A Syrian hamster is nearly six inches long. Syrian hamsters are almost five times larger than Dwarf hamsters which are kept as pocket pets. They are smaller in size than wild European hamsters.

How fast can a Syrian Hamster run?

How much does a Syrian Hamster weigh?

A wild Syrian hamster can weigh nearly 3.5-5.3 oz. The weight of Syrian hamsters that are kept in captivity is a little more than those of the wild, which is nearly 6.2-7.9 oz.

What would you call a baby Syrian Hamster?

A Syrian hamster diet includes fruits, vegetables, grains, nuts, roots, seeds, insects, and small animals. When they are kept as pets, we can feed them vegetables and fruits like broccoli, carrots, and apples. As they are omnivores, we can often include insect feeders and boiled eggs in their diet.

Syrian hamsters do bite sometimes but are not dangerous, hence care should be taken while handling them. We may fear being bitten by hamsters, but they don't bite unless there is a reason. Sudden sharp moments or loud noise can startle them, and they can be a little jumpy. Even while handling the young hamsters, care should be taken. It is also essential that a sleeping hamster should be woken up gently, otherwise they become grumpy and may bite you.

Golden hamsters are very good pets. They make a wonderful pet if they are trained and raised properly. Give them sufficient time before they adjust to new homes. Playing with them and watching them run on the wheels is so much fun for young kids.

Golden hamsters like to be held in the owner's hand as long as they do not squeeze them. If we are bringing home a new hamster as a pet, it is advisable to give at least one day of time for it to adjust to the new place. It is better to hold them in a cup in the initial days instead of in your hand. Syrian hamsters have poor eyesight and a good sense of smell, so always wash your hands and make them free from food smell before holding them to avoid them biting our hand thinking it is food. Never keep fingers on their face or nose while trying to hold them.

Generally, Syrian hamsters do not form close bonding with their owners. Though they are called Teddy bear hamsters, they are not so cuddly. But rarely do they enjoy resting on our hands or shoulders. They enjoy playing with us and wait in their enclosure for us to spend time with them.

Do Syrian Hamsters get lonely?

Syrian hamsters do not get lonely, in fact, Syrian hamsters are solitary and do not like other hamster's company and love when they are left alone. It is important to know that two hamsters cannot go in a single cage.

How to take care of a Syrian Hamster

Syrian hamsters, otherwise called Teddy bear hamsters, can make great pets, easy to handle and tame, and less maintenance. Before owning a Syrian hamster, you must learn the care instructions that are important, which makes it easy to handle these cute furry pets. The most important point about them is that they are solitary animals and never like other hamster's company except when they come together for mating.

The cage in which they will stay must be spacious enough to run and play around. As hamsters are nocturnal, they stay awake all night running around, there should be a small house or den for a dark place in their cage for them to rest during the day. Their enclosure must contain ladders, platforms, and tubes for the hamsters to enjoy the stay. The exercise wheel is an important component to be present in the hamster's cage. Hampsters in the wild run a lot, so a wheel plays a vital role in removing stress and keep them happy in a cage. The bottom of the enclosure must be lined with a 1.5 in substrate for the urine to soak in and for the hamsters to dig happily and make burrows. The substrate can be paper or dust from wood shavings which are safe for rodents. The substrate must be cleaned regularly, and the whole cage should be cleaned at least once a week. Safe bedding is also essential. Never opt for fiber bedding. Paper or cloth for bedding can serve the purpose.

To maintain their health, care must be taken regarding the food and water given to them. Discard the leftover food and water every day. The vessels used to serve food and water bottle must be kept clean. Keep toys in their cage to keep them occupied. But do not clutter their cage with toys. Wood gnaws are also helpful to trim their growing teeth and maintain dental health. Sometimes we can offer treats to these little pets. Also, pay attention to the diet of these pet hamsters and do not give a lot of food at a time. Hamsters often face some health problems like 'wet tail' with symptoms including diarrhea, wetness around the tail, lethargy, and loss of appetite. They must be taken to the vet if you find any of these symptoms.

Here at Kidadl, we have carefully created lots of interesting family-friendly animal facts for everyone to discover! Learn more about some other mammals including a chinchilla, or a bonobo.

You can even occupy yourself at home by drawing one on our Syrian hamster coloring pages.