Arctic Ecosystem Facts: Learn About The Biotic And Abiotic Component! 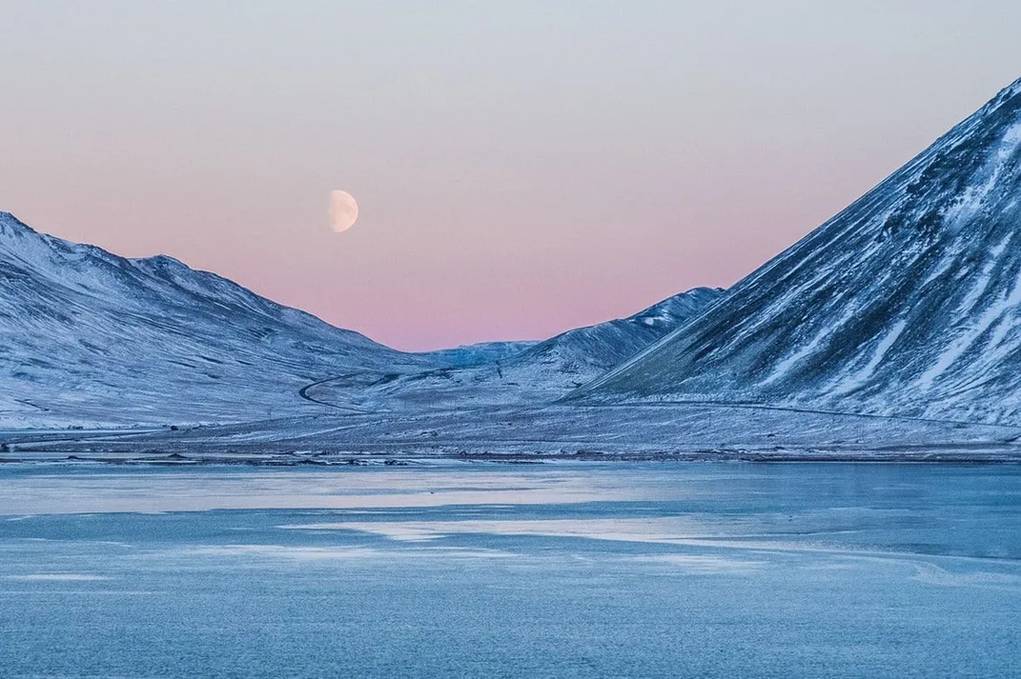 The Arctic consists of the large ocean and its surrounding lands, including northern Alaska, Norway, Canada, Russia, Spitsbergen, and Greenland, with an estimated 5.5 million sq. mi (14.2 million sq. km) of landmass.

The word 'Arctic' originated from the Greek word for bear, 'arktos,' and refers to the constellations of the Ursa Minor (Little Bear) and Ursa Major (Great Bear) that can be seen in the northern sky. In recent years, the Arctic has shrunk significantly due to global warming, causing an increase in the Earth's temperature and a rise in water levels due to the thinning of Arctic sea ice.

The region also includes a wide range of diverse physical features including coastal wetlands, rivers, mountains, and plenty of sea ice. In recent years, the Arctic has gained popularity as a wildlife-watching and tourist destination. The region is made up entirely of tundra and glaciers, and the Arctic's central part is enveloped by large sea ice formations.

Despite the hazards, the Arctic sea ice can still be saved if actions are taken accordingly. Today, the Arctic is house to various species of plants and animals that live in the ocean, and the snow and ice are slowly disappearing due to the effect of melting sea ice.

Steps such as lowering the usage of fossil fuels, controlling global warming, and protecting endemic species can be a small beginning towards the betterment of the Arctic region.

Climate In The Arctic's Ecosystem

The Arctic receives a very low amount of direct sunlight, which contributes to the low temperatures of the region.

The Arctic ice consists of an estimated 10% of the world's fresh water, and the sea ice cover around 5.5 million sq. mi (14.2 million sq. km). This enormous amount of ice forms a water pool that helps keep the region cool as it reflects sunlight and stabilizes the global climate.

Arctic permafrost is simply the frozen ground that has maintained a temperature of 32°F (0°C) for more than two years and has remained untouched by the sun. Permafrost soil is incredibly rich in organic carbon that stays dormant while in its frozen form. However, due to increasing global warming, the permafrost has liquified and spread throughout Earth's oceans.

Studies have shown that if global warming continues at its current pace then by the year 2100, the waters from the Arctic Ocean will increase water levels in different parts of the world due to Arctic sea ice becoming thinner, and this sea ice loss will cause a massive decline in the flora and fauna of the Arctic Ocean.

Plants In The Arctic's Ecosystem

Even though the Arctic seems like a harsh place for plants and animals to exist, there are more than 1700 plants, fungi, algae, and lichen species that thrive in the Arctic and are only threatened by climate change.

The Arctic willow serves as a major diet for animals like reindeers, Arctic hares, and musk oxen. These plants have a dwarfish appearance and are known as 'tongue plants' by the local Inuit people because of the shape of the leaves.

The Arctic poppy grows about 5.9 in (15 cm) in height and produces only one flower on the stem. This flower grows towards the sun, and the flower petals take the form of a cup-like structure to absorb sunlight.

Bearberry is another dwarf shrub species that grows in harsh Arctic climates. These plants insulate themselves from the wind and cold using their leather-like leaves and silken hairs. The plant grows towards the ground, and its name is derived from the fact that red berries are loved by bears.

Purple saxifrage and cotton-grass are two more plants that grow in the Arctic. Saxifrage grows close to each other in a tight cluster and is the first to bloom in the region. These plants have star-shaped flowers. On the other hand, cotton-grass is used by reindeer and snow geese that migrate to the region. The name of these plants is taken from their white tuff characteristics.

Animals In The Arctic's Ecosystem

The Arctic has a unique ecosystem that comes with its complex food web created by some of the most dominant species, like the polar bear and Arctic foxes. The region is also one of the most productive ecosystems due to most of the life in the region being dependent on marine plants and animals.

The food chain begins from the tiniest of phytoplankton to medium-sized Arctic foxes, with the polar bear standing at the top of this food chain. Algae feed on zooplankton, zooplankton feed on fish, fish feed on seals, and seals are the prey of polar bears.

Polar bears are a well-known species of bears that are commonly found in the Arctic. These animals are considered to be one of the best predators and the strongest amongst all Arctic animals. Polar bears are intelligent and solitary beings and are also overprotective when it comes to their cubs. Polar bears are currently listed as a Threatened species because of global warming and its effects on the sea ice of the Arctic waters.

Although polar bears are land mammals, they are strong enough to hunt underwater and usually position themselves at the top of the ice and sneak up on animals, like seals and walruses.

The Arctic fox is another great example of an opportunistic animal that is well-equipped to live in the Arctic. These Arctic animals can survive cold temperatures as low as –58°F (-50°C), thanks to their short ears, furry soles, and tiny muzzle that have evolved over their existence in the region. Their white coat helps them in camouflaging and escaping predators, such as polar bears.

The narwhal, also known as the 'unicorn of the sea,' is commonly found only in the Arctic Ocean region. These creatures have a long tusk that can grow over 9.8 ft (3 m) in length! This tusk is a broadened tooth that comes with sensory abilities. A full-grown narwhal can measure 17 ft (5.2 m) in length and weigh an estimated 4200 lb (1905.1 kg)!

The Arctic is home to one of the most dominant marine biology, with several marine mammals residing in the region. Some of the most commonly found whale species found in the frozen waters of the Arctic include the minke whales, bowhead whales, and beluga whales.

Some of the other animals and birds found in the Arctic are the Arctic hares, Arctic ground squirrels, Norway lemmings, muskoxen, snow geese, snowy owls, Arctic terns, Arctic wolves, and reindeers.

Various species of birds migrate to and from across all seven continents.

Natural Resources In The Arctic's Ecosystem

The Arctic has a rich reserve of natural resources that lie under the Arctic sea ice. The undisturbed raw material reserves in the region include coal, natural gas (hydrocarbon), and various other mineral deposits like platinum, chromium, silver, diamonds, gold, phosphorus, nickel-copper ore, and a plethora of rare earth metals.

Paleontology Of The Arctic's Ecosystem

The Prince Creek Formation in northern Alaska is a site of dinosaur fossils and fragments of an estimated seven species of dinosaurs that died after hatching or in the egg itself. This suggests that the Arctic housed these dinosaurs, and they did not migrate to the region. The discovered species belong to the families of Deinonychosauria, Hadrosauridae, Ornithopoda, and Tyrannosauridae.

Today the Prince Creek Formation's fossil reserves prove that dinosaurs existed in this northern region of the Earth.

The Russian Arctic is famous for its substantial collections of mammoth bones. These bones are often discovered in the regions of northern Siberia and Chukotka.

Experts believe that the earliest exploration of the Arctic began around 10,000 years ago by humans. The hunter-gatherers of the region would go on to be the first native population of the Arctic, and even today, there are native minorities that live in these extreme conditions and practice trade to support themselves.

The Arctic region, especially Alaska, is famous for its indigenous people population who bear the harsh climate of the region in a bid for survival. Other indigenous groups now live in modern homes. Today, an estimated four million people currently live in the Arctic.

In 1958, the USS Nautilus, a submarine, sailed underneath the frozen ice of the Arctic Ocean. This small expedition was launched by scientists who wanted to know whether the Arctic rested on water or land. The submarine reported that the entire ice sheets rested on the water.

The Arctic is often described as the 'Arctic Circle.' This is, in reality, an imaginary line that circles the top of the globe.

Global warming has had a drastic effect on the Arctic ecosystem as it has contributed to the rapid melting of the sea ice in the Arctic Ocean waters.

The Arctic is also the 'land of the midnight sun.' This phenomenon is caused by the Earth's tilt which causes days and nights in the region to be a bit topsy turvy, meaning there is one day each year that's completely dark and another day that is full of sunshine. This occurrence is commonly found around June 23 of every year.

Robert Peary, an American explorer, is often credited as the first man to reach the geographic North Pole. However, in the '80s, doubts were raised about his achievement after a thorough examination of documents and his diary led to the belief that he never reached the pole.

The Svalbard Global Seed Vault is situated in the Arctic and stores around 980,000 seed samples that are stored for protection against future manmade or natural disasters.

An estimated 80% of Greenland's land surface is covered by the Greenland ice sheet. This sea ice sheet is estimated to be around 1.2 mi (1.9 km) thick and ranks second in the largest body of ice, with the Antarctic ice sheet taking first place.