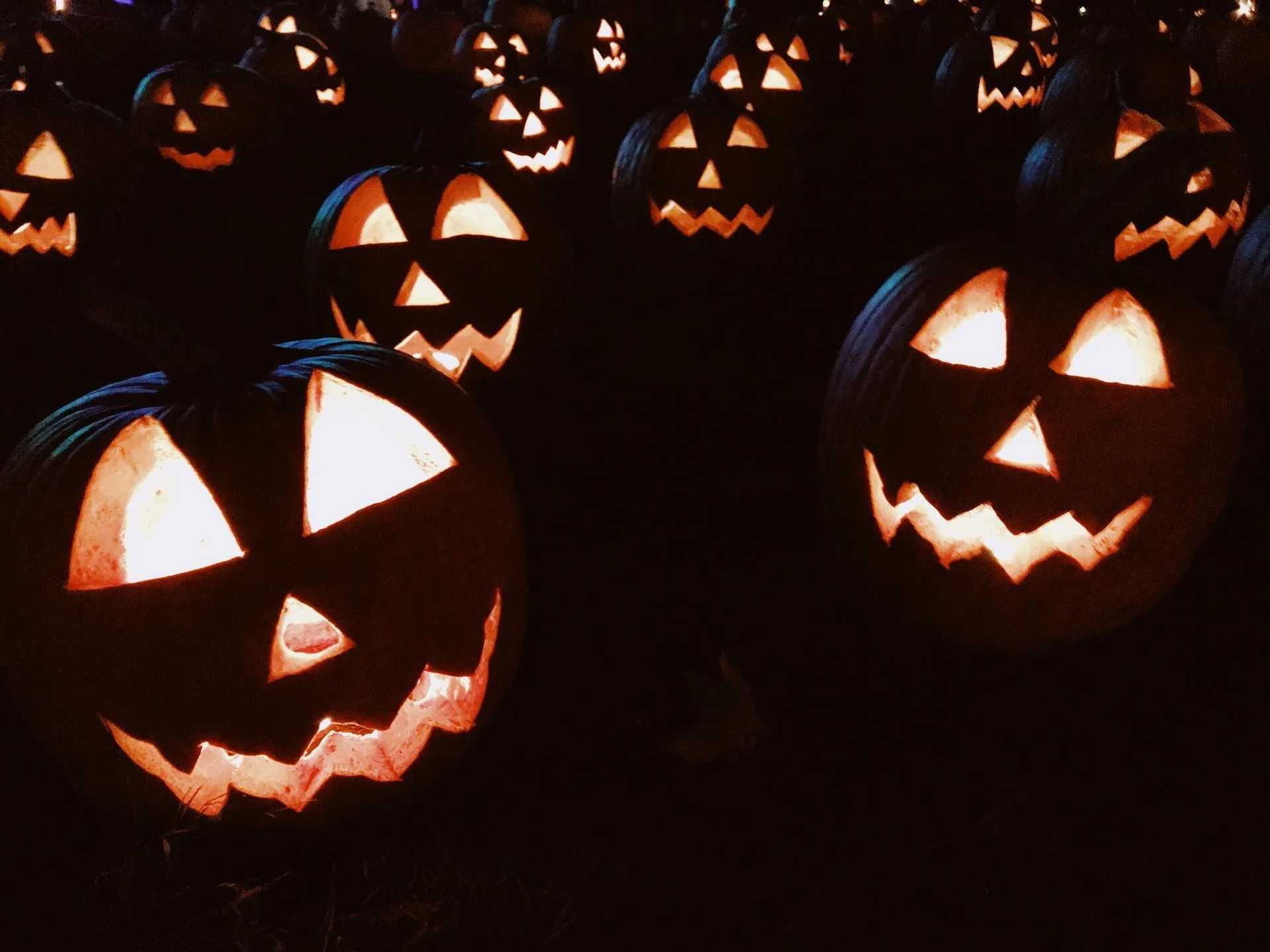 When 'Beetlejuice' first hit movie theaters in 1988, it soon became a special part of everyone's memory.

You too must have some special memories associated with this Halloween movie. So, about 34 years later, let's take a look at some of the most interesting facts about Tim Burton's cult classic film, 'Beetlejuice'.

Released in 1988, 'Beetlejuice' is a horror-comedy film that was directed by the renowned gothic suburban film director, Tim Burton. The film was produced by The Geffen Company and the credits for the distributor were owned by Warner Bros. Pictures. The story follows a deceased couple who, despite consistent failure, tries everything they can to scare away the family who have recently moved into their house.

Just like the movie itself, the cast members featured in this movie too have undoubtedly won our hearts ever since it was released. Here are some facts about the incredible cast.

The first, of course, has to be the titular character of the movie, Beetlejuice himself! Michael Keaton, who later moves on to play iconic roles like Batman and Birdman, gave a spectacular performance as the miscreant Betelgeuse (which is pronounced as Beetlejuice).

The second on this list is the eldest among the Baldwin brothers, Alec Balwin, who plays the role of Adam Maitland, who dies in a car accident right at the beginning of the movie.

Geena Davis played the role of the sweet and loving Barbara Maitland, Adam's wife, who dies along with her husband and becomes a ghost too.

The character of Charles Deetz was played by Jeffrey Jones, whom you might have also come across in 'Ferris Bueller's Day Off'.

Catherine O'Hara, who was also appreciated for her roles in 'Home Alone' and 'Schitt's Creek', played the character of Delia Deetz, Charles Deetz's wife.

Winona Ryder performed the character of the goth teenager and the Deetzes' daughter, Lydia Deetz.

Sylvia Sidney is featured as the caseworker of the Maitlands, Juno.

Robert Goulet performs as the character of Maxie Dean.

Maree Cheatham plays the character of the wife of a rich wheeler and dealer, Sarah Dean.

The appearance of Tony Cox is a hard one to recognize. Remember the minister who almost married Beetlejuice and Lydia? That's him!

Susan Kellermann can be spotted as the glamorous house guest of the Deetz family, Grace.

By becoming a surprise box office hit, the film has also earned itself an interesting number of reputed awards and nominations.

At the Saturn Awards, 1988, 'Beetlejuice' won the award for 'Best Horror Film' and 'Best Makeup'.

Sylvia Sidney, the Maitland's caseworker, won the title of 'Best Supporting Actress' at the Saturn Awards the same year.

'Beetlejuice' was also featured as the 88th film in the American Film Institute's list of 'Best Comedies'.

At the 42nd BAFTA Awards, the film was nominated by the British Academy of Film and Television Arts (BAFTA) for the title of 'Best Special Visual Effects' and 'Best Makeup and Hair'.

The film has also received a nomination for the Hugo Award for the title of 'Best Dramatic Presentation'.

Little Known Facts About The Movie

Having introduced the cast members and all the people that put their hard work into the film, let's now take a look at some of the lesser-known facts about the film that every 'Beetlejuice' fan should know!

The original script of the film was never meant to be this hilarious and goofy. 'Beetlejuice' was supposed to be scary and basically what a true horror film looks like. Betelgeuse, pronounced as 'Beetlejuice', was written to be a winged reptilian demon who was cursed to become a small Middle Eastern man. The original script also included a number of violent scenes, including the intention to kill the Deetzes and abuse Cathy, Lydia's sister who was later struck out from the script.

Although the film was set in Connecticut, it was actually shot in East Corinth, Vermont. A dam was built on a small creek in the town in order to create deeper water for the bridge scene. The bridge was located on Chicken Farm Road near the town.

The Maitland’s house was built as a facade on a farm about a hundred yards away from the bridge. The town’s post office can also be spotted from the field.

During pre-production meetings, a lot of things and characters that were previously considered were dismissed. The producers even wanted to name the film 'House Ghosts' to which Burton jokingly suggested the title 'Scared Sheetless'. However, later when they noticed how the alternative spelling for Betelgeuse marketed way better than any other suggested titles, they chose to stick with the title 'Beetlejuice'.

Before settling on Michael Keaton for the title character, Burton suggested Sammy Davis Jr. for the character of Betelguese. However, the studio executives didn’t really favor the idea.

The producers at Warner Bros. also had several other options on their mind, including Bill Murray, Robin Williams, Jim Carrey, Tim Curry, Jack Nicholson, Dudley Moore, and Christopher Lloyd, until they finally settled on Michael Keaton. Now with that spectacular performance, Keaton probably did deserve it after all.

The role for Lydia too was a tough call between two actors; Alyssa Milano and Winona Ryder, the latter ending up getting the part.

According to the director of the film, Tim Burton, convincing many of the cast members to sign this project was the real task. Many of the stars initially found the script to be odd and too quirky.

Except for Geena Davis, who agreed to work on the project right at the first approach, every other cast members, Catherine O'Hara, Winona Ryder, Michael Keaton, and Sylvia Sidney were extremely hard to please. In fact, to convince Catherine O'Hara to work on the project, Burton flew out to meet her in person to convince and help her understand how the script could be promising.

Burton even called up Sylvia Sidney and begged her to join the project.

After watching Winona Ryder in the film Lucas'', Burton instantly knew that she was the one he needed in his next film. Ryder was just 17 years old when ‘Beetlejuice’ was shot.

Remember the snake scene from the film where the Deetzes are scared out of their wits? The same scene was shot way before Keaton was a cast member, also kind of explaining why the animatronic snake looked nothing like the actor whatsoever. The scene was later shot once again with a stop-motion snake after Keaton signed the film project.

For the wedding scene, the producers chose a bright red dress for Lydia. This scene has popularly been related to the old phrase; 'Married in red, better off dead'.

In the scene where Adam and Barbara visit Juno’s office, while she was speaking to the dead football team, you might have noticed a movie theater that was filled with ghosts. This scene was meant to create an illusion of the living and the dead audiences looking at each other.

The same movie theater also had two skeletons; one in red and the other in green. These two skeletons are said to resemble Tim Burton’s ‘Mars Attacks!’ that came out eight years after ‘Beetlejuice’.

The title character has the tiniest amount of screen-time among all the major characters. Betelguese does not appear until we are about 25 minutes into the film. He only had a total of 17 minutes of screen time.

Other interesting behind-the-scenes facts include the final scene of the film that takes place in the waiting room. Beetlejuice was spotted at the afterlife’s waiting room and later even tries to cunningly steal the ticket from the guy sitting next to him to cut in line in front of the witch doctor. Although this scene ends the movie on a hilarious note, it was only added to post-production.

Glenn Shadix, the man who breathed life into the character of Otho, died in 2010. The final song of ‘Beetlejuice’, ‘Day-O’ by Harry Belafonte, was played at his funeral.

This film was partly inspired by ‘Poltergeist’ but with a twist.

Ever since its release, ‘Beetlejuice’ has constantly won its viewers’ hearts and has forever remained a holiday staple.

Is Beetlejuice a demon?

No, Beetlejuice is rather more of a mischievous ghost and although he is evil, he was not mentioned as a demon. So, you can call him a trickster ghost who likes to play around and loves scaring people.

Why did Beetlejuice hang himself?

The cause of Beetlejuice's death remains unknown as it has been left out of the film.

No. Although Beetlejuice did trick her to walk to the alter in a bright red wedding dress, the ceremony, however, was interrupted when (spoiler alert!) Beetlejuice was consumed by the sandworm.

Why can't Beetlejuice say his name?

Beetlejuice could not say his own name because of his curse.

How was Beetlejuice defeated?

In the film, Beetlejuice gets devoured by the sandworm that Adam and Barbara come across every time they step outside their house.

Where is 'Beetlejuice' streamed?

Beetlejuice can be watched on Netflix, Peacock, and Hulu Plus. Alternatively, you can also rent the movie from Amazon Prime, Vudu, Google Play, and iTunes.

Post 'Beetlejuice', Michael Keaton moved on to work on his quintessential roles in 'Batman' and 'Birdman'. His upcoming movies for 2022 are 'The Flash' and 'Morbius'.