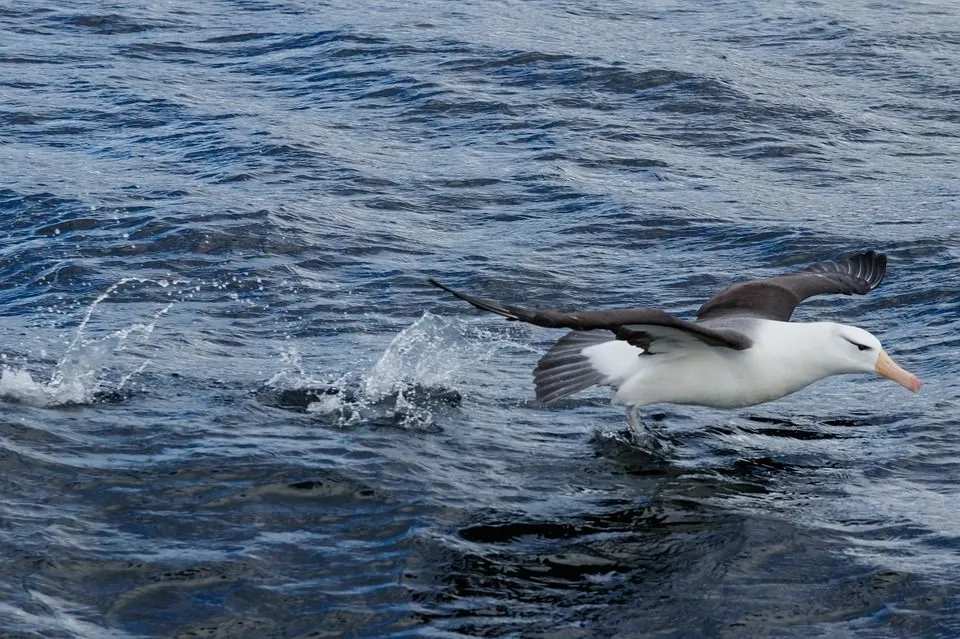 The birds that we see around us are pretty small and docile.

However, there are some spectacular species of unbelievably massive birds. Some of them are flying birds, whereas some are flightless birds.

Most of the largest birds found living in the world are flightless as their bodies are heavy, and so are their bones. There are still plenty of large flying birds that soar high in the sky, flapping their enormous wings. Want to know more about the largest flying bird on Earth and other lesser-known large flying birds? Stay tuned! We are about to unfold some fascinating information about such birds in this article.

Do you find this article on the albatross interesting? Why don't you read our other fun fact articles about the southern royal albatross and the biggest eagle in the world here on Kidadl?

How big is the largest flying bird?

The largest flying bird in the world is the wandering albatross (Diomedea exulans). This bird is also known by various names, such as white-winged albatross, snowy albatross, and goonie.

These colossal fliers soar high in the sky and hover above the oceans for months together without touching the land. As a result of their widespread wings, they can glide in the air without flapping their wings for long hours. These birds return to the ground only once every two years for mating and breeding.

These birds glide long distances and make shallow dives to forage and feed out in open oceans and colder waters further south. They primarily feed on small fish, jellyfish, crustaceans, cephalopods, and animal refuse floating on the sea.

What are the top five largest flying birds?

The great white pelican (Pelecanus onocrotalus) is one of the largest flying birds with a spectacular 11.8 ft (3.6 m) wingspan. These pelicans reside in shallow lakes and swamps from southeastern Europe through to Africa and Asia. This bird can fly as well as swim. Their short yet strong webbed feet help them to move through the water when swimming and fly off when needed. This social bird feeds in groups of six to eight. They take rounds around a shoal of fish and sink their long beaks into the water altogether so that their beak pouches are filled with fish. This big bird not only feasts on marine animals but also feeds on other bird species. This seabird weighs up to 22 lb (10 kg).

Another bird that tops the largest flying birds is the southern royal albatross (Diomedea epomophora), with a wingspan of around 10.8 ft (3.3 m). For the most part, this bird lives in South American waters, but it drifts to the sub-Antarctic Campbell Island for laying eggs. The female bird lays around two eggs at a time. This big bird travels around the globe to move from South America to Campbell Island. This royal bird primarily feeds on fish caught from the water and weighs about 20 lb (9 kg).

The Dalmatian pelican (Pelecanus crispus) is one of the world's largest and heaviest flying birds. It has a wingspan of around 10.5 ft (3.2 m), weighs up to 22 lb (10 kg), and is the biggest species of the pelican family. This bird is native to Eurasia but typically found over lakes, rivers, and estuaries in southeastern Europe, Russia, China, and India. This species can also be found in freshwater lakes and wet, marshy habitats near the Mediterranean coastline. These birds are very social and prefer living and flying in flocks. Its primary food source is fish and other aquatic animals.

Endemic to adjacent Pacific coasts of western South America and the Andes mountains, the Andean condor (Vultur gryphus) is only behind a few sea birds on the list of the world's longest wingspans. It can have a wingspan of up to 10.5 ft (3.2 m). This bird weighs around 33 lb (15 kg). The winds and thermal conditions in the mountains allow the Andean condor to maintain its bulky weight while in the air. The Andean condor is a scavenger bird that feeds on large animal carrion and carcasses. They also eat eggs and hatchlings of other bird species.

The next bird on the list is the bald California condor (Gymnogyps californianus), slightly smaller than the Andean condor. California condor is a famous New World vulture and is the largest flying bird from North America. This northern California condor has a wingspan of around 9.5 ft (2.9 m) and weighs about 31 lb (14 kgs). This condor from the north doesn't build its own nests. Instead, it seeks out nesting spots in rock crevices, cliff caves, and hollows. This northern scavenger bird's primary diet consists of carrion and animal carcasses. It can go weeks without eating anything.

What bird is bigger than an eagle?

Many other birds are bigger in size than eagles. Along with the list mentioned above, another large bird is the kori bustard, the largest and the heaviest flying bird in Africa. The wingspan of this bird is around 9 ft (2.7 m), and its weight is about 41.8 lb (19 kg).

There are many flying and flightless birds that are bigger than eagles.

What is the wingspan of the wandering albatross?

The wandering albatross beats the great white pelican by just a few inches of wingspan to be the largest flying bird alive on Earth.

The wingspan of a wandering albatross is around 12.1 ft (3.7 m). These colossal birds can fly about 600 mi (966 km) in a day. Wandering albatrosses spend most of their lives flying above the southern seas and only return to land for breeding. Their wings are massive in size because these birds can remain in the air without fluttering for several hours at a time.

Albatrosses are, however, considered vulnerable as they are jeopardized by marine pollution, overfishing, and climate change. These seabirds are threatened with getting caught and drowned unintentionally by fishing nets and cables with baited hooks laid out by trawler boats.

Here at Kidadl, we have carefully created lots of interesting family-friendly facts for everyone to enjoy! If you liked our suggestions for 'The biggest bird wingspan: revealing curious facts on the albatross!', then why not take a look at 'Birds of Minnesota: curious bird facts for kids that are amaze-wing!' or 'Birds that sing at night: what's the matter with the songsters!'?