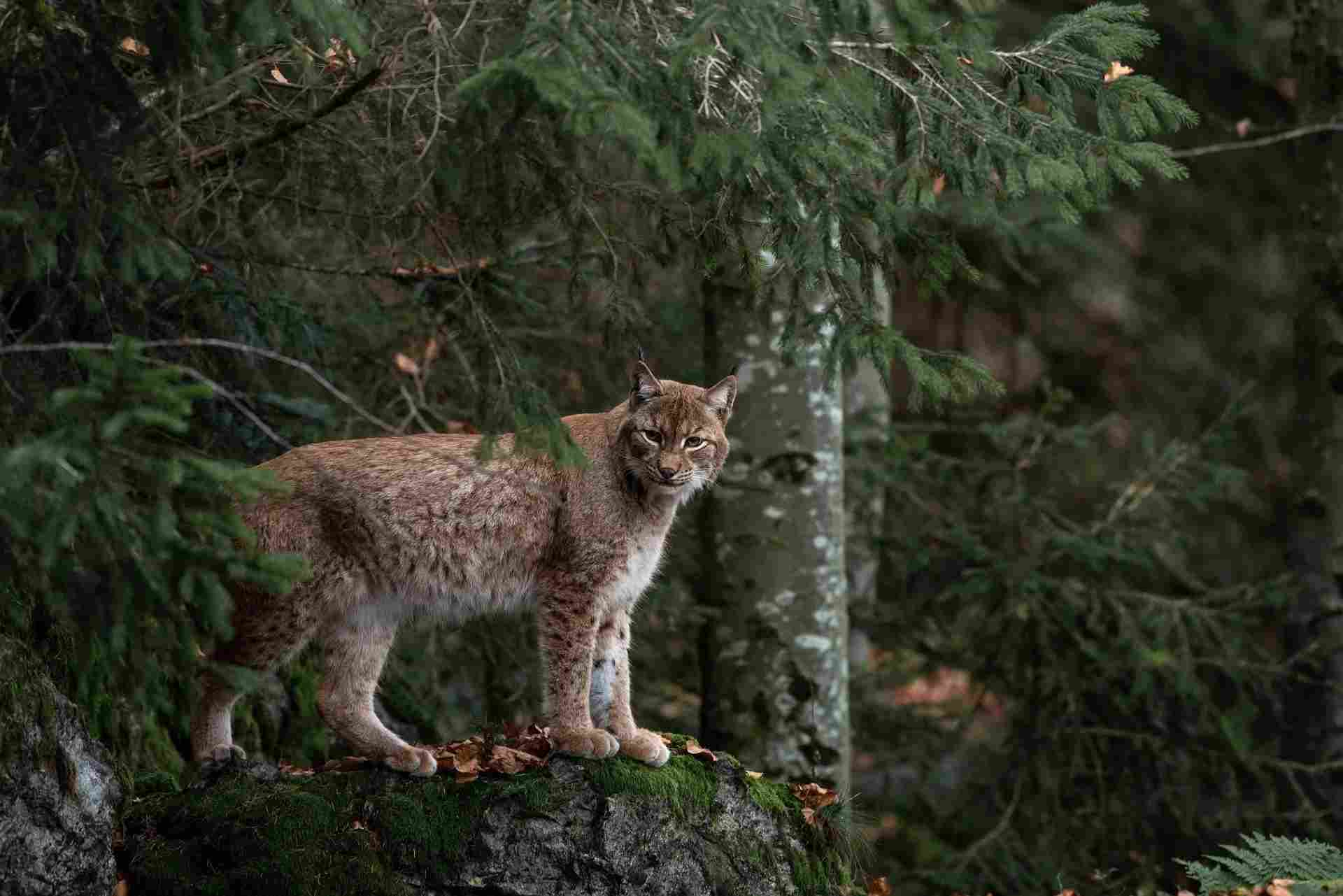 The cat family is rich in terms of the range of different wild animals included within in.

The bobcat and the mountain lion are part of the range of animals in the cat family. We might be familiar with the brown mountain lion, but what about a bobcat?

The difference between these two big cat species is not just the color of their tail and coat, although there is that. The coat of a bobcat and cougar can be different or the same. This is not the case with bobcats and mountain lions. The is a big difference between bobcats, seen in North America, and cougars despite them belonging to the same cat family. Cougars are the same thing as a mountain lion, just with a different name.

So, let us learn a bit more about bobcats and mountain lions. After reading all about this comparison between bobcat vs mountain lion, do check out mountain lion facts and burro vs donkey.

Is there a difference between a mountain lion and a bobcat?

The names bobcat and mountain lion are not the only thing that is different between these cats. These are two species of animals with many differences between them.

The scientific name of the bobcat is Lynx rufus, while that of the mountain lion is Puma concolor. Bobcats are referred to as wild cats. Though, they are twice as large as the normal cats that we see in our household. They are highly adaptable and live in a variety of areas, whereas, mountain lions are seen mostly in remote areas. Mountain lions have slender and agile bodies; bobcats have long legs with large paws. Bobcats are more common in the United States, but they can also be seen from Mexico to southern Canada.

In comparison to mountain lions, bobcats are small creatures. A mountain lion is an animal that can grow around 6 ft (1.8 m). These two cats are far from each other in appearance. Bobcats have tufted ears with whiskered faces and their tail has a dark tip. Mountain lions have slender bodies with a long and cylindrical tail. The cylindrical tail is also dark-tipped.

Apart from this, there are other differences in the habitat of each of these two animals.

Who would win between a mountain lion or a bobcat?

The answer to this question is pretty obvious. Let us look at some of the qualities in both these species that make them excellent predators.

The bobcat has sharp hearing, vision, and a good sense of smell. They can run up to 30 mph (48 kph). While hunting, they put their back feet in the same place where their front feet stepped to avoid noise. They can also climb very high, high enough to catch low flying birds. Their prey doesn't stand a chance when a bobcat has its eyes on it. Mountain lions are also excellent climbers. Their stealth and strength is the biggest advantage for mountain lions when catching prey.

They can literally jump over 20 ft (6.1 m). So, the prey has no option of running away because a mountain lion can just jump on it. Between a bobcat and a mountain lion, a mountain lion would easily win due to its size and predatory abilities. Bear this in mind, bobcats are not bad at all.

In comparison to mountain lions, they might be a step behind, but, as wild animals, bobcats are pretty dangerous. At the end of the day, both these animals have different preferences in their food. Bobcats eat small animals like rabbits, rodents, and mice. Sometimes they hunt small deer, snakes, and other domestic dogs and cats. Mountain lions mainly hunt and eat deer. Apart from deer, they sometimes eat other animals like raccoons, coyotes, rabbits, and beavers.

Are bobcats and mountain lions related?

Bobcats and mountain lions share some physical and behavioral traits. They are part of the same family called Felidae. Size is the major difference between these two. Mountain lions are large cats and bobcats are smaller than mountain lions.

Apart from that, both these animals are known by a variety of names. Bobcats are also known as red lynx and wildcat. Mountain lions have many names like the cougar, puma, panther, and so on.

Generally, the most used name for mountain lions is cougars. Cougars are seen in North America, South America, Mexico, and Central America. Bobcats are more common in North America. When it comes to their habitat, bobcats have a wide range of preferences. They can be seen on a mountain, in forests, in swamps, and in deserts. Cougars mostly prefer remote mountain ranges and forests.

Both cougars and bobcats have brown and black fur, but there are many varieties of these animals. They are both primarily nocturnal animals. Both these animals are also territorial and prefer a solitary life. Bobcats and mountain lions are related to each other by being from the same family of cats. They also have certain similarities in behavior and habitat.

Compared to house cats, bobcats are large cats. They are very good hunters too. A cougar can eat a bobcat. In the list of predators of the bobcat, the mountain lion gets a place too. However, to their prey, bobcats are a vicious bunch.

This solitary animal, the bobcat, has an excellent sense of hearing thanks to its tufted ears. They also have excellent climbing and running abilities. If the little animals they feed on come into their view, the hunt is an incredible thing to watch. However, the chase probably won't last long since they are really good at it. Since they are timid and solitary animals, humans need not worry about an attack from them. They rarely attack humans. However, their prey better watch out because the bobcat is not just a small cat that drinks milk and sits quietly.

Here at Kidadl, we have carefully created lots of interesting family-friendly facts for everyone to enjoy! If you liked our suggestions for bobcat vs mountain lion: difference between big cats simplified! then why not take a look at chickens losing feathers: amaze-wing facts on chickens molt explained! or cheetah vs leopard: difference between the big wild cats revealed!