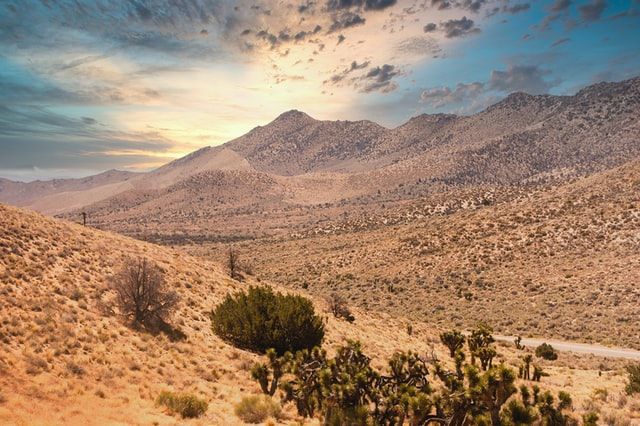 The California Trail is an emigrant trail used during the 19th century.

This route was used by more than 250,000 travelers. It is associated with the greatest mass emigration of America.

The California Trail was a long trail that carried thousands of people finding new opportunities and riches. It led to the greatest mass migration in American history. The general route of the trail began at various cut-off portions along the Missouri River and stretched west to various points in the west including California, Oregon, and the Sierra Nevada.

The specific route used by emigrants depended on the point that they selected as the starting point. The long trail passed through numerous states of the U.S. including Kansas, Nebraska, Missouri, Wyoming, Idaho, Nevada, Oregon, Utah, and California.

Keep reading these California Trail facts to find out more.

The California Trail was the only way to reach California during pre-rail times. The travelers faced great challenges while crossing this trail in the 19th century. Currently, traces of more than a thousand miles of trail ruts can be seen in parts of Wyoming. These routes archive the sacrifices made by American travelers and settlers of that time.

After entering Wyoming, the trail followed the Sweetwater River and turned northwest along the Snake River in modern southeastern Idaho. The main route of the trail followed the Snake River and it went past the Register and Massacre rocks to cross the Raft River. The California Trail splits from the Oregon Trail after it crosses the Raft River. The emigrants went towards California and then turned south through the river valley to the city of rocks. The route climbs suddenly up the Pinnacle and Granite passes and lowers again around Goose Creek. It meanders through the northwest corner of Utah and enters central Nevada. The route of the trail crosses the northern portion of the Humboldt River and follows the southwestern direction through Elko.

During high tide, the route became almost impassable due to high water levels. The trail took an elevation at the western part of Carlin and descended again at the Emigrant Canyon and rejoined the Humboldt River. At the Sierra Nevada, the trail branched into many routes which let emigrants settle in different spots in California.

The California Trail spanned all over the western section of the United States. It was discovered in the first half of the 19th century. The workers of the Rocky Mountain Fur Company, Joseph Walker, Kit Caron, and Jedediah Smith found the trail in 1834 and started to develop the route. Although they succeeded in discovering only a small portion of the route, British and U.S. fur trappers scouted the region from 1839 to 1840. In the meantime, U.S. Army officer, Benjamin Bonneville, filed for leave to discover a route to the west. This led to the final discovery of the trail's original route.

Bonneville's expedition was financed by Jacob Astor. He followed the fur traders in 20 wagons consisting of 110 men and crossed the river valleys of Platte and Sweetwater to reach South Pass. The first men who used the trail to travel were the group of the Bidwell-Bartleson Party led by John Bidwell. The group consisted of 69 people and they departed in 1841. They reached California after a few months of an exhausting journey. Joseph Chiles, a member of the Bidwell-Bartleson party set a journey to find a substantial route. He became successful and made it easier to reach California due to the shortcuts he found.

Hastings route was one of the shortcuts developed. The last immigrant party of the California trail was the Donner Party, led by Lansford Hastings in 1846. A U.S. Army Colonel, John Fremont developed and created comprehensive maps of California and Oregon. This map regarding exploring America's west was the first decent map of California.

The California Trail was full of obstacles, the travelers faced great trouble in crossing the entire span of the trail. Crossing Sierra Nevada was the final obstacle that a person had to overcome to finally reach the golden state. The rugged mountains and steep slopes on the eastern border of California were the final obstacles.

It consisted of a large granite block that was tilted towards the west. Another weather-torn insignificant granite block formed a major obstacle for people to reach the ground. This Granite block was named Carson Range. After crossing the Carson Range, the travelers also had to cross Sierra. This route is yet extremely remote and there are only nine routes that currently cross the region. Most of them remain closed during the winter.

With time, as automobiles and railroads were introduced, the importance of the California Trail decreased. People began to use cars, trains, and highways that replaced the trail. Currently, U.S. Highway 50 and Interstate 80 follow the path of the former California Trail.

The trail was covered by crossing the Truckee Trail, Nevada City Road, Hennes Pass Road, and Carson River Trail. By calculating the present length of the California Trail, it was estimated that it includes approximately 5,665 mi (9116 km) of trails. It was developed for decades. Several routes and cutoffs were also carved along the trail. These routes were tried and tested to see which route was the best in terms of sustaining human life. 2171 mi (3493 km) of the trail crosses over public land which consists of historical marks of the immigrants carved with axes. People can find more than 300 historic sites along the trail and they will be opened to the public soon.

What was important about the California Trail?

The California Trail was the most important route of emigration during the 1840s-1850s. After gold was discovered in California, the California Trail carried over 250,000 gold seekers to the goldfields of the Golden State. This was the greatest migration America has ever seen.

How long did the California Trail take?

The length of the wagon trail was 1950 mi (3138 km). At that time, covering the entire trail by wagon train took around four to six months, at a maximum speed of around two miles an hour.

Who used the California Trail?

More than 2,700 settlers used the California Trail between 1846 and 1849. These settlers were very important in giving California the status of U.S. possession. Pioneers who traveled through the trail were mostly Americans from the Midwest and mid-south.

What were the dangers of the California Trail?

The California Trail was very poorly marked, and the travelers often lost their way while on road. Accidents were commonly caused on the emigrant trail due to bad weather, negligence, guns, animals, and exhaustion. Difficulty in handling domestic animals and being crushed by wagon wheels arose as some of the common reasons for fatalities, on the route.

What was the Oregon Trail?

Just like the California Trail led people to the golden state, Oregon Trail led people to the present-day Oregon City. This 2200 mi (3150 km) long wheel-wagoned route of the United States connected the Missouri River to the valleys of Oregon. It also served as a crucial emigrant route in the mid-1800s for people that wanted to travel to the parts of the west.

How did travelers pay for the journey on the Oregon trail?

The long journey through the overland route from Midwest to Oregon was a costly one. The estimated cost for this six months trip through thousands of miles was around $1000. A family also required a well-prepared wagon that cost an extra $400.

Which two trails could travelers take west from fort hall?

The California Trail and the Oregon Trail helped the travelers to go west from Fort Hall.

Why was the California trail established?

The Calfornia Trail helped thousands of people to head to the west coast from the east coast to a land of opportunities, riches, freedom, and new adventures. It witnessed the greatest and most peaceful American migration, in the 1800s.

Where was the common start of the California and Oregon Trail?

California Trail and Oregon Trail both started in Missouri. It ran parallel to Fort Hall.