37 Clash Of Clans Facts: A Super Game To Enjoy With Friends | Kidadl

37 Clash Of Clans Facts: A Super Game To Enjoy With Friends 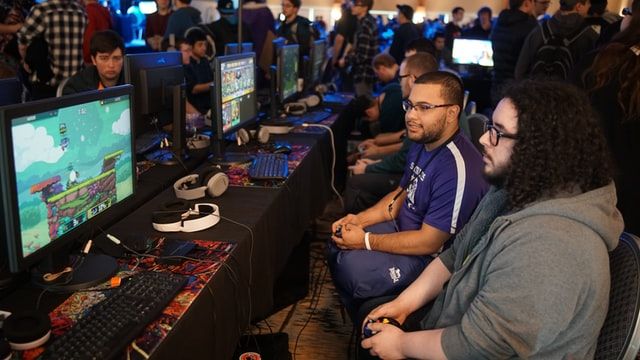 Clash of Clans is a game where players are the leaders of a given village.

Supercell, a Finland based game company, created and released Clash of Clans, a free smartphone video game. On August 2, 2012, the game was launched for iOS platforms, and on October 7, 2013, it was launched for Android platforms on Play Store.

Players must construct their villages using resources obtained by conquering the villages of other players, collecting awards, purchasing them with awards, or manufacturing them at their settlements. Players use resources to train several types of troops in order to attack. Gold, elixir, & dark elixir are the most valuable resources. Players can form clans, which are units of up to 50 people who can compete in clan wars, contribute as well as collect troops, and communicate with one another.

Read about the development of the game below.

Clash of Clans, which is just about three years old, earns more than $5 million per day.

It is consistently in the top three bestselling apps.

However, Supercell, the game's inventor, did not always have a bright future.

The year-old firm realized in mid-2011 that their web-based and Facebook and Instagram strategy never would produce the big title they required.

So they rapidly moved to a touchscreen strategy and destroyed all of their previous games.

Supercell had released one tablet game yet killed two by the middle of 2012, but they were rapidly approaching their goal.

The newly established Hay Day soon proved to be a blockbuster, bringing success in May 2012.

Supercell spent hundreds of staff hours playing their own game after finishing the first edition of Clash of Clans. This low-risk 'soft launch' (also known as 'usability testing') offered an opportunity to identify probable issues.

Clash explored cross-promotional relationships with organizations like GungHo Entertainment as they moved to Asia in 2013.

These types of transactions are quite often inexpensive because you're transferring something that's not money, similar to the famous strategic partnerships in internet marketing when two individuals exchange advertisements to share content with new audiences.

Apart from CoC, Supercell has developed other gaming apps as well like Boom Beach, Clash Mini, and more which are available on the Play Store.

Let's read about the gameplay of this famous game.

Clan games are indeed an event where clan members perform challenges in order to maximize the prizes for the entire clan.

When the clan games begin, the clan games caravan will appear. Involvement means a town hall level of six or higher. Participants are divided into 50 clans.

You enroll in your present clan's clan games when you set a personal challenge for yourself.

One participation space is taken up in this manner.

Panda (CoC player), one of the top 10 CoC players, told Wired about his Clash of Clan town that costs him over $7,000 every month. That seven thousand is only 7% of his total earnings.

As per Wired, the top 10% of users in Clash of Clans as well as other smartphone applications account for roughly half of their earnings.

During the Christmas season of 2012, Supercell launched a spell named 'Santa Spell.'

This game has been played 151741 times and people are still playing it. Also, 60% of players have given it a thumbs up.

Clash of Clans has html5-based gameplay.

Here are some cool facts about the success of CoC and why people love to play it.

The game's backstory is intriguing, and it's detailed on Supercell's official Facebook page.

Ilkka Paananen as well as his coworkers began developing games in a modest office in Niittykumpu, Espoo, in 2010, with much the same overarching purpose. They sought to create 'games that everyone would be playing for decades'.

Supercell made a lot of games, but still, only four of those made it to the marketplace since their designers killed the rest.

Clash of Clans had first been released in Canada under the nickname 'Magic' in July, 2012. Clash of Clans was introduced to the international market in August, after only a month. This became the highest-grossing video game in the United States in just three months.

Other developing markets, such as Japan, Korea, and China, provided a chance for Supercell. This is why supercell worth was able to operate headquarters in Helsinki, San Francisco, Seoul, and Beijing, and they promote intercultural cooperation in their daily operations.

The accessibility of Clash of Clans, on the other hand, was unique. Clash of Clans is a smartphone game that can be installed and played at any time.

It's also a highly convenient game because you don't have to practice it all the time at first.

At the start, you can educate your soldiers, and farmland, and attack some villages. However, after you reach a certain level, your community may be attacked and looted.

As a result, gamers are more inclined to remain online and are prone to safeguard their communities.

Another reason for the game's popularity is that it requires strategy. You must strengthen your military, train fighters, and launch a well-planned attack on other communities.

Clash of Clans is a game that may appeal to everybody.

The game's attack and defense options are shockingly well matched.

It's a multiplayer game and multiple devices game.

You are welcome to play alongside your pals.

Chat is the most enjoyable aspect of the game, and chat plays a significant role in its success.

Also, this game's user base is quite varied.

Who is number one in Clash of Clans?

The player named 'Valentin Rozel' with a total game of $110,951.00 seems to be the very first player, to have won this big game.

Why did CoC get banned?

To shield the country's children from its impact, Iran and some other specific country have banned the mobile game Clash of Clans, which the government believes promotes tribal conflict. A psychologist's assessment said that the game promotes violence, tribal strife, and is highly addictive, prompting the call for a ban.

Who is the strongest in CoC?

The Dragon is the best unit in Clash of Clans. Hit points are high. Attack damage is also high. It has the ability to strike both air as well as land forces.

Is Clash of Clans still popular?

Clash of Clans is still one of the most famous games on iPhone and Android among top players, despite not being as famous as it was during the mid-2010s.

How to get more gems in Clash of Clans?

You can get more coins by completing accomplishments that will earn you gems, clear shrubs, and stones in your community to find concealed gems. Grab the gem chest that occasionally arrives in your community. Keep a keen eye out for other current gem-rewarding events. In the constructor base, rebuild the gem mine.

When did the Clash of Clans come out?

How to get super troops in a Clash of Clans?

Players would be able to utilize a dark elixir or even a super potion to turn their basic-level soldiers into their super troop counterparts. To access extraordinary troops, the player must level up their town hall over level 11 and meet the level criteria for the base troop.