Do Birds Eat Bees? How Do They Avoid Getting Stung By Them? | Kidadl

Do Birds Eat Bees? How Do They Avoid Getting Stung By Them? 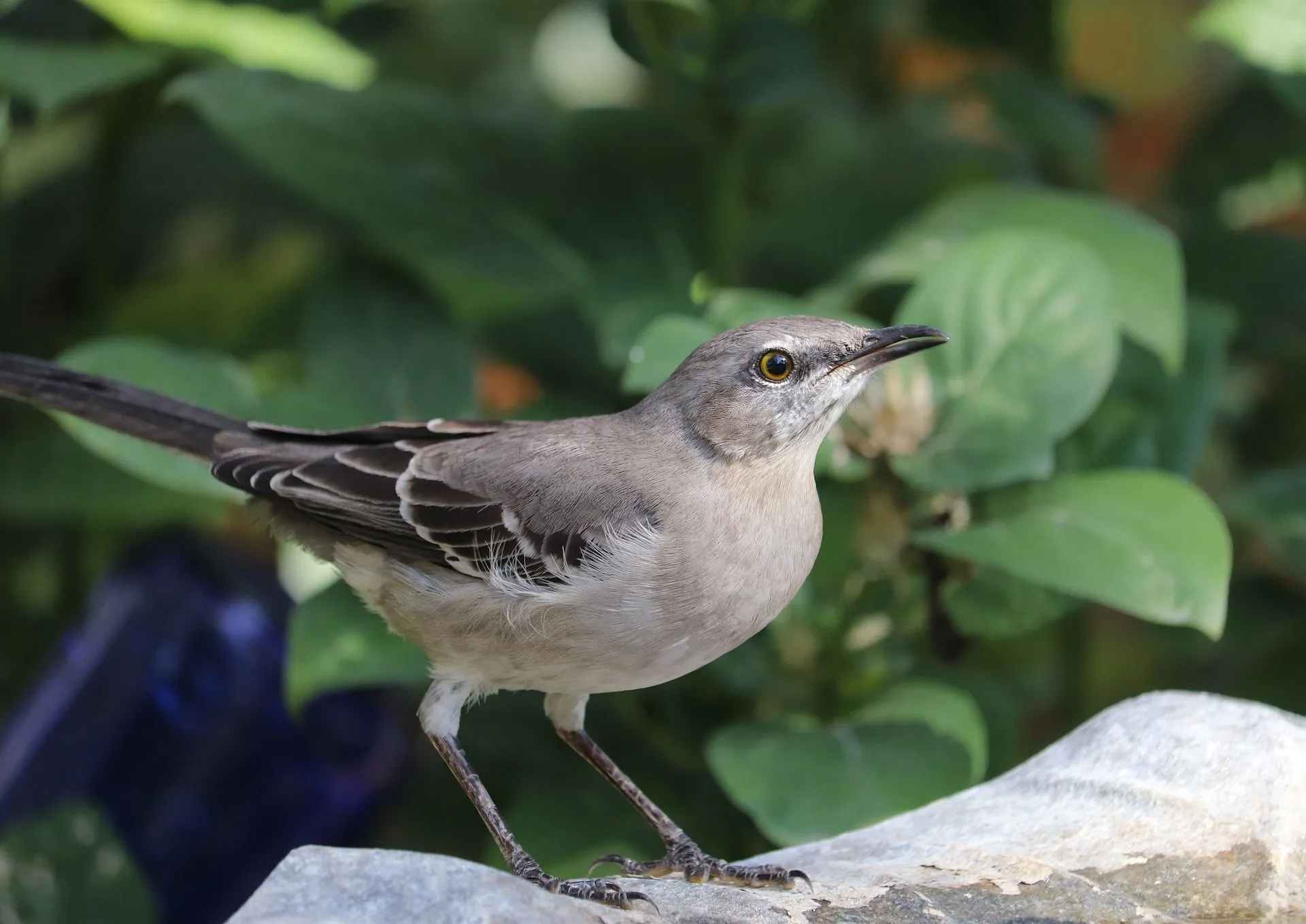 Birds fly around, sit on flowers, plants, and trees and roam around without worries of borders.

They fly across states, countries, and continents without any fear or restrictions. Each of them is prey for another predator. Small birds can be eaten by big predatory birds, snakes, and, in some regions, humans.

Birds are omnivores and tend to eat small animals, insects, and plants, fruits, and seeds. Many species of birds such as mockingbirds are known to eat bees and wasps occasionally. Woodpeckers for instance love to single out beehives and then enjoy the treat that follows. Interestingly, although birds can eat bees and wasps, they prefer to eat insects that are much slower than bees and easier to catch.

After understanding that do birds eat bees, also read about bird beak and biggest bird wingspan.

These omnivores occasionally eat flying insects. However, these are difficult to catch and therefore birds tend to get their protein requirements from other slow-moving insects. This is why birds generally do not attack bees nor destroy their hives. Certain birds like kingfishers have specialized skills. They are fast and love to eat bees and wasps. Kingfishers have great accuracy even at high speed and are therefore among the few birds who choose to eat bees over slower insects.

These birds include mockingbirds, martin, kingbirds, and woodpeckers among others. Woodpeckers tend to intentionally search for beehives occasionally to consume bees and absorb a whole lot of proteins. Martins is also quite active when a bee becomes visible. They act as predators when they see a hive in view. Mockingbirds, martins, woodpeckers, are all fast birds with the occasional desire for adventurous proteins.

When birds eat bees do they get stung?

When alone, bees prefer to fly off quickly instead of stinging their predators. Even if a single bee or a small group of bees decide to attack the bird, the birds usually eat them and their plumage protects them from these stings.

What types of birds feed on bees?

As we have already seen there are different types of bird species, each prefers a different diet constituent. A honey buzzard, on the other hand, prefers to consume larvae over the slow-moving insects.

There are around 22 species of bee-eaters residing in Africa itself. Their sole diet is based on adult bees and occasional plants. Additionally, predators also include summer tanagers. Summer tanagers and others in the species are striking birds that snatch the bees and wasps from their hives and consume them. These birds eat the flying bees and wasps even during the breeding period and winters. Even the scarlet tanagers love to eat bees. A honey buzzard mainly strikes the hives during the breeding season to eat the larvae.

A honey-buzzard moves across borders depending on the seasons. Honey buzzards are found in the United Kingdom in summers and move towards Africa in winter. A honey buzzard is not interested in eating adult bees, however, it follows the adult home to find the hive and waits for its opportunity to grab and eat the larvae.

Irrespective of whether it is a honey bee, bumble bee, carpenter bee, paper wasp, or any other species of bees and wasps, these bee eaters, tanagers, and honey buzzards are always on the lookout. These are vicious predators as they do not let these bees and wasps escape from their grasp and do not spare their hives once they come to know about its presence.

Are bees threatened by birds?

Bees are not threatened by all birds. However, some of them like honey buzzards, tanagers, and bee-eaters are predators of bees and wasps and these flying insects must be wary of them. Apart from this, there is also a possibility of occasional attacks by certain birds like woodpeckers, martins, mocking birds who may just decide to consume bees any day. However, bees and wasps do not need to feel threatened by them as these birds do not destroy beehives or attack the entire group.

If too many bees are threatened by the growing population of bee eaters, their numbers will reduce dramatically and this could lead to a reduction in the pollination process. Bees and wasps are natural pollinators, they provide assistance in maintaining a natural balance and therefore bee eaters and species of tanager birds are not found all around the globe.

This helps maintain a balance in the population of these birds and the bees. These stingers need to be controlled and therefore natural order ensures that birds like the honey buzzard eat away larvae so as to ensure a controlled growth in their population. This is probably why not all birds prefer to eat bees and are not made fast enough by the natural order of being. So, bees are not really threatened by all birds. The majority of the bird species prefer to eat plants and slow-moving ground insect species.

Are bees a big part of their diet?

Yes , bees are a major part of the diet of some bird species, but not all of them. Birds that eat bees tend to fly very fast and maintain accuracy of target while flying. These birds eat bees to get large amounts of proteins from them. Bee eating bird species are most prevalent in Africa and Australia. There are several European countries as well where these stingers are a major diet for birds. Bee eating is part of the natural habitat and process for some bird species.

Whether it is honey bees or other stingers, bee eaters and tanagers tend to catch and eat them. Irrespective of whether it is summers or winters, whatever these bird species find a nest or a hive, all they see is food. They are not big fans of ground insects. They love bees, wasps and may occasionally grab other insects like beetles if no bees or wasps are available. Towards the European side, beetles are not much preferred, they are seen as the last option if no wasp or honey bees are around.

Stingers are the main and major part of the diet for these European, African, and Australian species. They keep feeding on adult bees, both males and females. Female bees tend to be greater stingers than male bees and are also slightly bigger than males. Specific skills are needed to catch and eat prey that flies so fast. Birds that eat bees do not get tempted by seeds or plants as they are focused on their prey.

Can a bird die of a bee sting?

Bees and wasps are called stingers for a reason. These wasps and bees can sting birds when they feel threatened by them. Usually, a single bee is not able to cause much harm because of the plumage of birds. The plumage protects the birds from attacks of a single stinger. However, if a group of stingers attacks a single bird together, it can be lethal. Wasps live in nests and if their nest is threatened or disturbed by a bird intentionally, they can become aggressive and sting.

The best way to save themselves from a bee sting is to never attack the hive directly, instead catch individuals or small groups of bees at a time. This way the plumage and feathers would provide a protective shield to the birds.

If the bees and wasps are of large size or are adult bees then their sting can be very powerful and deadly. If bees are unable to pull back their sting before flying away, they die off. The protector bees do not reproduce as they are worker bees. So they have the responsibility to protect the other reproductive members of their group. Stingers, therefore, become very aggressive when birds try to destroy their hives and eat the bees within them.

Natural Predators Of Bees And Wasps

Since bees and wasps are small flying animals, they have numerous predators. Several birds eat bees. Apart from the fact that birds eat bees, there are many other predators around bees and wasps. Dragonflies, mantis, spiders of various kinds, reptiles such as geckos and lizards, amphibians, and mammals like black bears, badgers, mice, and weasels are all the natural predators of bees and wasps.

European hornets feed only on jacket bees. Similarly, there are other natural predators which focus only on specific species of bees and wasps, but this is not true for all animals out there. The possibility is always heist for a single bee rather than a group or swarm of bees. Geckos, lizards, and amphibians like frogs and toads love to find nests of bees and wasps to consume their larvae. There are certain mammals like black bears and badgers who tend to destroy their entire nests and colonies just to reach the larvae.

These plants are dangerous and can eat small birds and all flying insects. Bees may go in search of honey and end up being caught by these plants. Many times these insectivorous plants are surrounded by flowers with sweet honey. These honey-rich plants attract the bees and wasps, setting a trap for them. This is nature's way of ensuring balance.

Here at Kidadl, we have carefully created lots of interesting family-friendly facts for everyone to enjoy! If you liked our suggestions for do birds eat bees then why not take a look at bird crest, or Rufous Treepie Facts