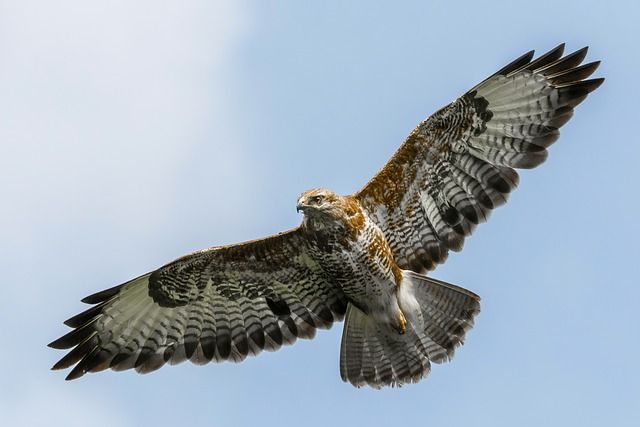 This is a question that has long puzzled scientists and bird enthusiasts alike. And while the answer may not be definitively clear, we can certainly shed some light on the matter.

Raptors like the secretary bird, kite, and falcon prefer to eat small mammals like rodents, rats, rabbits, and squirrels. However, did you know that it is fairly common for different species of hawks to feed on snakes? The most notorious snake eater out of these is the red-tailed hawk. Hawks can fly and attack at an amazing speed, which helps them to deftly attack these creatures and feed on them. With such skills, it's not hard to see why they have so many choices! So, how exactly do they do it? Read on to find out more!

Snakes As Prey For Red-Tailed Hawks

Red-tailed hawks often hunt snakes by flying low to the ground and scanning the area for their prey. Once a snake is spotted, the hawk will swoop down on it and snatch it up in its talons. The hawk will then take the snake to a perch where it will consume it.

While hunting snakes is not common among hawks, red-tailed hawks seem to be especially fond of rattlesnakes. They can be an important part of their diet during certain times of the year. Snakes can be a valuable source of nutrients for red-tailed hawks, and help them to thrive in their environment.

Though rattlesnakes are dangerous animals they can only defend themselves if they are on land. Hawks are quite sneaky, and the snake often won't know that it has been attacked until it finds itself mid-air, caught securely within the hawk's talons. As they do not possess any limbs, there is no way for them to struggle or free themselves from the hawk's deadly grip. They are only able to use their abdominal muscles and move while they are on the ground- in the air, they are completely helpless.

In some cases, the hawk may even confront the snake instead of diving into it from above. It will land right in front of the snake and fan its feathers, trying to distract the snake. Following its carnivorous urges, the rattlesnake will open its mouth wide and lunge forward- in an attempt to swallow the hawk. However, the hawk will take that very moment to move forward and slash apart the snake's face with its deadly talons- and then feast upon the now dead snake. Vicious? Yes. But also highly effective in the case of larger snakes, when the hawk won't be able to support its weight.

Do hawks pick up snakes?

While hawks can kill snakes with their talons, it's more common for them to snatch up a snake by surprise. Hawks have very strong eyesight which allows them to spot prey from a great distance. They will often perch on a high spot overlooking a clearing or meadow where snakes are likely to be sunning themselves. They also have keen hearing which helps them to locate prey in dense vegetation. When a snake senses the hawk, it will usually try to escape by slithering away into the underbrush. However, hawks are very fast and agile flyers and can easily catch up to a fleeing snake. They then grab it by the head or neck and kill it with their sharp talons, and fly away while holding it in their claws. Hawks will also eat snakes that are already dead.

Some people think that hawks hunt snakes as a way to get rid of them from an area, but this is not actually the case. Hawks prefer preying on smaller mammals like rabbits and rodents, as well as lizards. Most hawks will only do so if they happen to come across one while hunting for other prey. In fact, hawks can actually help to keep snake populations in check by preying on the young and weak ones. So if you see a hawk hovering over your yard or garden, don't be alarmed - it's just doing its job!

Some hawks will pick up snakes and carry them around, while others will simply attack and kill the snake. It is likely that the behavior of a hawk towards snakes depends on its environment and prey availability. For example, if there are many snakes in the area where a hawk lives, that hawk may be more likely to hunt and eat them. However, if there are few snakes in the area, a hawk may instead scavenge for other prey items. Thus, it's difficult to say definitively whether or not hawks pick up snakes. However, it seems likely that at least some hawks do so occasionally.

One thing is for sure: hawks are incredibly skilled predators, and they play a vital role in the ecosystem.

Which species of snake are prey?

There are a couple of species of birds that feed on snakes. Some common birds that eat snakes include hawks, secretary birds, eagles, vultures, and owls. These birds are known as raptors, and they have sharp talons and beaks that help them kill and consume snakes. Additionally, some bird species such as crows and ravens have been known to scavenge dead or dying snakes. So overall, there are quite a few bird species that will take advantage of a snake meal if given the opportunity!

There are many different types of snakes, and hawks will eat a variety of them. They typically prey on the snakes that are easiest to catch such as rat snakes, bull snakes, garter snakes, gopher snakes, and water snakes. Red-tail hawks seem to be especially fond of rattlesnakes. In fact, they will also consume venomous snakes if the opportunity arises. Hawks have very strong jaws and sharp talons, which allow them to easily kill their prey. Once a snake is caught, the hawk will quickly tear it apart and swallow it whole. This can sometimes be difficult due to the size of some snakes, but the hawk's powerful digestive system quickly breaks down the flesh allowing it to be digested. While hawks do eat snakes on occasion, they primarily hunt other animals such as insects, rodents, wild rabbits, birds, and lizards. Occasionally, they have also been spotted including the eggs of other wild birds or reptiles in their diet.

So, do hawks eat larger species of snakes? There is some debate over whether hawks eat larger snakes like boas and anacondas or not. Some people say that hawks do eat anacondas while others say that they don't. However, if hawks were to eat larger snakes, it would likely be a rare occurrence. Anacondas are quite large animals, and they would be difficult prey for a hawk to take down. Furthermore, anacondas are not typically found in the same habitats as hawks. Therefore, it is unlikely that hawks and anacondas would come into contact with each other very often.

There are a few different types of hawks that will attack snakes. The red-tailed hawk, Cooper's hawk, and the American kestrel are all known to prey on snakes. These hawks typically attack smaller snakes, but they have been known to take down larger ones as well. Hawks use their sharp talons to kill the snakes, and they often eat them whole.

The harriers are a group of hawks that do not typically attack snakes, but there are a few species in this group that will go after them if they are hungry enough. Coming under the most common hawks in North America is the marsh harrier that will prey on snakes. They typically hunt small rodents, but if they come across a snake, they will not hesitate to kill it.

The bald eagle is a type of raptor that does not typically prey on snakes. This is likely because the bald eagle prefers hunting down insects and mammals like rats, ground squirrels, rabbits, and other small animals. However, there have been cases where bald eagles have killed and eaten snakes, probably due to the lack of other resources. So while it is not common, it is definitely possible for these avian vultures to take down a snake.

All in all, it seems that most raptor species, apart from the dedicated snake eaters prefer other prey and will only resort to eating snakes when absolutely necessary.

When do snakes release venom?

Snakes release venom through their fangs when they bite prey or predators. Snakes use venom to immobilize their prey and to defend themselves from predators. Venom is a toxin that is injected into the bloodstream of the victim. The venom causes pain, swelling, and tissue damage. In some cases, the venom can be fatal. Venom is produced in special glands in the snake's head. When the snake bites its prey, the venom is released into the wound through its fangs. Some snakes also release venom when they are threatened or scared. Venomous snakes are usually easy to identify because they have distinctive markings on their heads. If you see a snake with a banded pattern on its head, it is likely to be poisonous. Some snakes, such as cobras, can also spit their venom at their victims. This is known as envenomation.

However, even this amazing level of defense may not save snakes from being attacked by hawks. Some snakes, like the garter snake, can release a foul-smelling musk to repel predators. Others may coil up and strike out with their sharp fangs. The king cobra is one of the most dangerous snakes in the world, and it can also spit venom at its attacker. However, even a king cobra may not be able to defend itself from a determined hawk! The lightning speed at which hawks carry their prey to the skies leaves them utterly defenseless and unable to fight back. So, if a hawk sets its sights on a snake- you can guarantee that the snake won't live to see another day.

Tanya always had a knack for writing which encouraged her to be a part of several editorials and publications across print and digital media. During her school life, she was a prominent member of the editorial team at the school newspaper. While studying economics at Fergusson College, Pune, India, she got more opportunities to learn details of content creation. She wrote various blogs, articles, and essays that garnered appreciation from readers. Continuing her passion for writing, she accepted the role of a content creator, where she wrote articles on an array of topics. Tanya’s write-ups reflect her love for traveling, learning about new cultures, and experiencing local traditions.