Do People Live In Death Valley? The Answer Might Bewilder You! | Kidadl

Do People Live In Death Valley? The Answer Might Bewilder You! 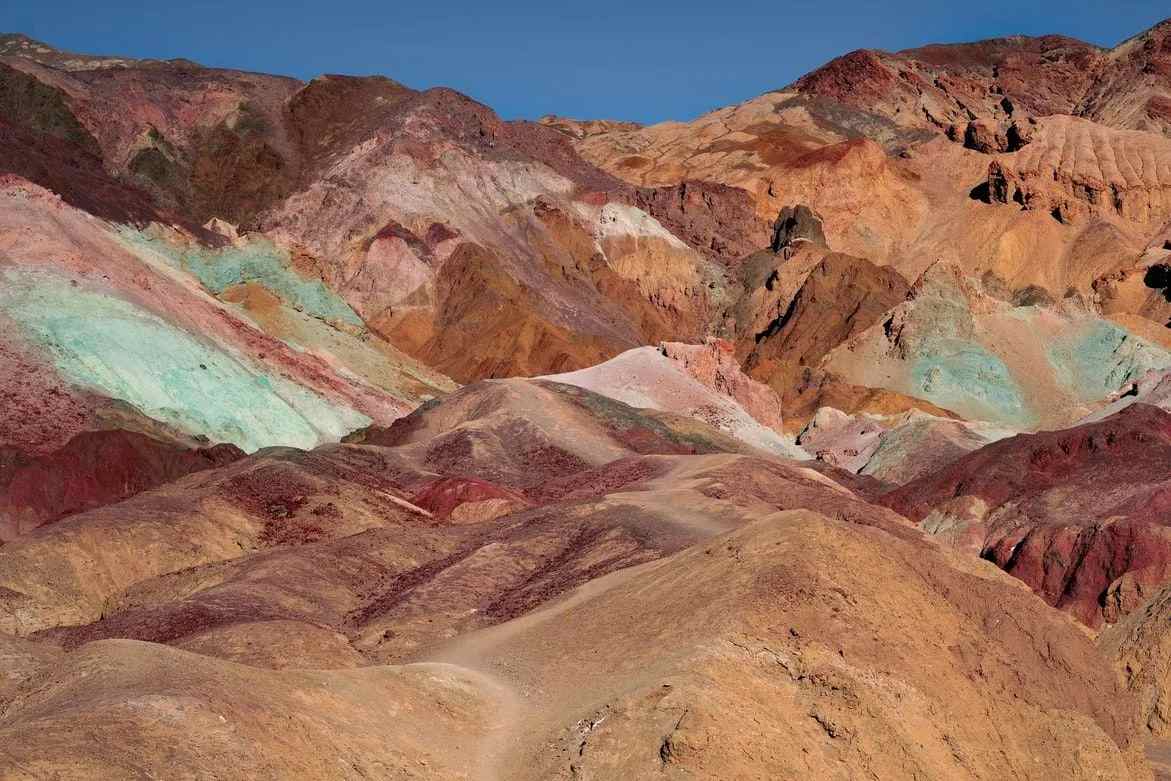 Near the border of California and Nevada is a scorching desert valley known as Death Valley.

Death Valley received its menacing name from a group of explorers who were lost there in 1849-1850. These people who were low on food and water thought the valley would be their grave, hence the name.

In the 19th century around 1880, borax was discovered in the valley. This gave rise to borax production in Harmony Borax Works between the years 1883-1889. 20 mule team wagons were used to haul the borax to Mojave.

Several towns appeared in Death Valley in the late 1880 and early 1990 because of discovered gold, silver, and copper sites. These later became ghost towns soon after the mines depleted in supply. The remains of these ghost towns are still present in Death Valley and can be visited for sightseeing.

The site is a rift valley formed by block faulting of the Earth's surface. Signs of volcanic activity and crustal sinking can also be seen. This is the reason for the varied elevation in the region.

The Geographical Location Of Death Valley

Death Valley is situated in eastern California, primarily in Inyo County. Death Valley is 140 mi (225.3 km) in length, 5-15 mi (8-24.1 km) wide. It runs in a north to south direction. To its east lies the Mountains of Amargosa Range, to the west lies Panamint Range, to its north lies Sylvania Mountains, and to its south is Owlshead Mountains. This area is situated in the north of Mojave Desert, the southwestern part of the Great Basin.

The longest and the only river in Death Valley is the Amargosa River, situated in the south of the region. Most of it runs underground.

Extremely high temperatures with hot summer heat exceeding 120 F (48.9 C); five months of the year the valley experiences higher temperatures in the triple digits, with July being the warmest month.

Unlike the extreme heat of the summer, the spring and winter months are quite enjoyable. Winter temperatures are mild with a cool night. The temperature drops from 27-32 F (-2.7-0 C) during the coldest nights of the year. The sun is present all year round. Spring comes in October, with December being the coldest month. The region is extremely parched as most of the rain is blocked by the mountains in the west. Recently, in August of 2021, rainfall of 1.97 in (5 cm) took place, which is very rare. The extreme temperatures of the region are due to surrounding mountains, which entrap the area from all four sides.

What is Death Valley known for?

Death Valley is well known for being one of the hottest places on Earth. Two high-temperature world records have been set here. The highest recorded temperature on Earth was in Death Valley National Park at a scorching hot 130 F (54.4 C). This was recorded at Furnace Creek in Death Valley on July 9, 2021. This broke its earlier record of 129.9 F (54.4 C) record set in August of 2020.

In 1913, a reading of 134 F (56.7 C), which is the hottest temperature in the world, was also recorded in Death Valley. But this reading was disputed by weather experts and earth scientists.

The current population of Death Valley is approximately 320. In 2001, it saw a huge 28% decrease in its population. There used to be 525 people living here before that. The population has remained almost the same since 2001.

Most people living on the site work for either the national park or resorts. The two primary resorts in this region are The Oasis and The Panamint Springs Resort.

Living in such an extreme climate is not possible for everyone. The residents agree that adjusting to the heat is difficult at first. But, the body adjusts after some time. Scientifically speaking, this is done by sweating more, increasing blood flow to the skin through altering blood vessels, and decreasing the core temperature.

During such scorching heat, the residents stay inside their homes and use air conditioning systems. The heat is described as dry heat, and the humidity is extremely low. This leads to a high evaporation rate, and even sweat dries up very quickly.

Life in this place is no ordinary affair. There are no supermarkets, bowling alleys, fast food centers, or malls. The nearest amenities like schools and shopping center is an hour away. Las Vegas, the closest city, is two hours away. Pahrump is the nearest town in Nevada which is an hour away.

This life of isolation cannot be handled by everyone. The citizens stay in a close-knit community. They connect through their love of nature and their similar stories of leaving the hustle and bustle of city life behind. It is a place for people who can deal with being alone and with a lot of spare time. Common activities include hiking, walking through the national park, and star-gazing at night. The kids and teens also go outdoors for entertainment.

The cost of living is 96.3 out of the American average of 100. In Furnace Creek, a residential neighborhood, housing prices range from $25 a week for rooms to one and two bedroom, hall, and kitchen (BHK), style houses. Few workers live in trailer homes. The resorts offer lodging at $30 per week. Managers and supervisors receive free boarding and rooming privileges.

Because there are almost no distractions to spend money on, even minimum wage workers can save a lot.

Other than humans, the flora and fauna population also flourish in Death Valley. Animals like kangaroos, rats, jackrabbits, coyotes, and kit foxes are commonly found in this region. The largest animal found here is the desert bighorn. These sheep are seen in small herds in the mountains. Reptiles thrive in Death Valley, with 40 species like desert iguanas and snakes being present.

In places with water sources, like Furnace Creek and the surrounding area, there are rare tiny pupfish and Pacific treefrogs. Several birds have also been seen in Death Valley, with some being migratory and some residents. The most common bird is the roadrunner.

Various plants like Joshua trees, bristlecone pines, and creosote grow in this region. Varying levels of elevation of the area cause a lot of varieties of plants to grow. It is home to more than 1000 species of plants.

Death Valley can also be dangerous if caution is not paid. The extreme temperature and hot air of the area have killed people in the past. Even winters are not safe, as storms in the mountains can cause floods in the valley. Animals like scorpions and snakes remain a huge danger. Visitors are advised during trips to carry satellite phones as signals may not be available; extra water is essential, and you should not drive off the beaten path in the vast Death Valley.

The Tribe Of Death Valley

About 1000 years ago, the Timbisha Shoshone tribe lived in Death Valley. Today approximately 50-60 people belonging to the tribe still live in the area. A lot of these people either work for a resort or local organization. Some of them also make an active effort to protect their heritage and cultural practices.