13 Electric Car Facts: Read About This Vehicle That Runs On Batteries 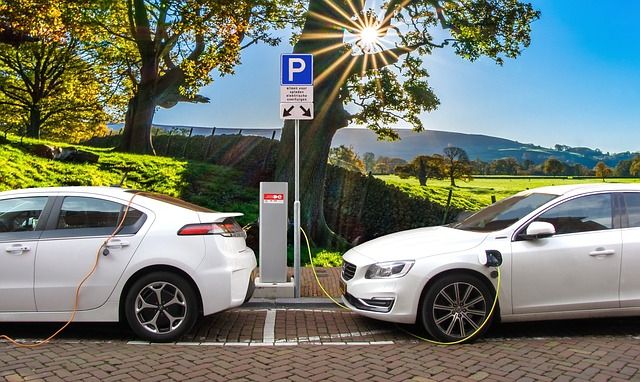 An electric vehicle may be partially or fully powered by electricity.

They have lower running costs as they have less number of moving parts. They are also more environmentally friendly and they do not require non-renewable fuel sources like petrol or gasoline.

Before 1828, Horse cars and bullock carts were predominantly used for transport. During the period from 1828 to 1835, innovators of the USA, Hungary, and Netherlands started designing the first small-scale electric cars. Traditionally electric vehicles used lead-acid or nickel-metal hydride batteries, but nowadays lithium-ion batteries are more preferred as they have more longevity and can retain a higher amount of energy, thus reducing energy consumption. The self-discharge rate of such batteries is also low, at just 5% per month.

In 1832, Robert Anderson developed a crude form of the electric car. By 1870, electric cars were built for practical purposes. William Morrison from Des Moines Iowa, US successfully developed the first electric car. It resembled an electric wagon and sparked interest in electric vehicles.

By 1896, advertisements were published that dignified electric cars.

They were noise-free, easy to drive, and did not emit any pollutants. Thus it was better for the environment than the gas-powered engine.

This made them quickly popular in urban regions, especially among women as electric vehicles were easy to drive.

Around 1900-1912, electric cars became hugely popular all over the USA.

It became the third most driven car around the turn of the century. Choices of designs and technology became available to people, which escalated their popularity as compared to other powered vehicles.

Many scientists began to take interest in the development of electric vehicles. Thomas Edison thought that electric cars had great potential and worked to form better battery quality to be used in the cars. He realized it was a superior mode of transportation.

In the hybrid electric car, the energy was powered by electricity that was stored in batteries. However, the car still had a gas engine.

Model T had made gas-powered vehicles very affordable for the general public. From 1908 to 1912, the cars had an electric starter that eased starting the motor. This increased the sales of gas-powered cars.

However, from 1920 to 1935, the electric vehicle market declined due to the lowering of prices of crude oil and better roads. Gasoline filling stations became very popular and became available in every corner. This led to much high demand and popularity of gas vehicles, leading to gas vehicles growth.

In the next 30 years, improvements in the internal combustion engine coupled with lowered gasoline prices continued the popularity of gas-powered cars. However, From 1968 to 1973, the prices of crude oil increased hugely which led to the need for cars that utilized alternative sources of energy.

In 1971, NASA sent the first manned vehicle into outer space. NASA's lunar rover ran on electricity, which was a testament to the popularity and easy accessibility of electric cars. This international move helped to accentuate the profile of electric cars.

One successful electric car that developed during the period from 1974-1977 was Sebring Vanguard's CitiCar. The cars were wedge-shaped and compact and the company produced around 2000 models. the car had a range of around 50-60 miles. the huge popularity of the car made Sebring Vanguard the sixth largest automobile company in the USA by 1975.

Around 1979, interest in electric vehicles started fading again due to their disadvantages like limited performance and range.

In 1996, GM released EV1 which was designed and developed ground up. It gained huge popularity, especially among the youth. Even today we can see the replica models in the National Museum of American history.

In 2010, GM released the Chevy Volt which was the first commercial plug-in hybrid. This plug-in hybrid utilized battery technology which was developed by the Energy Department.

in December 2010, Nissan launched LEAF which was an all-electric zero tailpipe emission car. In January 2013, It took a loan from the Energy Department and started assembling the LEAF in Tennessee for expanding its market in North America.

Internal combustion technology uses combustion and pressure to propel a vehicle. On the other hand, electric vehicles use electromagnetic energy to propel EVs.

These vehicles use electricity to power the motor that the engines use. The electricity is typically stored in a battery.

In the case of hybrid electric cars, they combine an internal combustion engine with an electric motor to increase fuel efficiency. A small battery stores the electricity. An HEV is normally fueled by gasoline, but the battery also powers the motor.

From the regenerative braking system of electric cars, the electric energy is recaptured and stored in batteries, thus minimizing energy wastage and environmental emission.

This use of recaptured energy from regenerative braking is one of the reasons an HEV is more fuel-efficient than a typical gas-powered vehicle. This reduces maintenance costs for EV drivers and thus paves way for an increase in EV sales.

Like the traditional hybrid models, hybrids having electric plug-ins combine a combustible engine with an electric motor.

Additionally, these have a larger battery pack that can be charged using electric vehicle supply equipment. This makes the car operate in a full electric mode until the battery is almost depleted. After that, the car will run on traditional fuel until that is also depleted. This reduces the need for frequent charging stations as well as gas stations and thereby increasing convenience and lowering energy consumption. It also reduces emissions from cars.

An electric car needs much less maintenance than traditional gas-powered vehicles. There is no friction between any moving part of the car, so it requires no regular incorporation of lubricant. Similarly, there is no involvement of exchanges between liquid and gases, so it also does not require liquid exhaust. A no-oil, filter, or exhaust system reduces the maintenance cost.

There are no wear parts which have to be changed regularly for the car to move properly.

It does not require any timing belt, cylinder head gasket, or cooling base. All these parts if not checked or repaired regularly will cause a traditional car to break down.

Since an electric car uses both regenerative braking and a standard braking system, it reduces the load on the mechanical brake as well as the tires, thus increasing the safety of the driver as well as the longevity of the car.

There is no manual gearbox or clutch, making the transmission of an electric vehicle much simpler than a combustion engine. Upon pressing the accelerator, the battery will generate a magnetic force within a fixed part, which will then enable the mobile part to rotate. Thereby an electric car will deliver a direct drive.

Regular maintenance of the body, tires, steering, chassis, and suspension is required. Other secondary maintenance like the air conditioner, windshield wiper, and overall comfort should also be done regularly to ensure vehicle safety and overall driving comfort.

Brake fluid levels and coolant need to be inspected. Tire pressure should also be monitored regularly to avoid any accidents. These can be done by the owner himself and do not require professional help. Also, another aspect of maintenance that the owner can do without the need for a mechanic is changing the 12-volt battery of the car once in around every two to three years.

Every garage does not have the license or authorization to carry out maintenance of electric cars. These vehicles require qualified professionals. To repair any part, the garage will need access to a high voltage and amperage system which necessitates safety protocols under authorized conditions. This will ensure the safety of not only the car itself but also the driver and the mechanic.

A hybrid car requires much less maintenance than a traditional gasoline car, but more than that of an electric car. This is because the internal combustion engine needs to be maintained along with regular oil changes.

Q: Are electric cars safe in a crash?

A: Electric cars are 'intrinsically safe'. If an accident takes place, the battery will be automatically disconnected from the other high-voltage components, thereby stopping the car and reducing the likeliness of a fire in an accident.

A: Robert Anderson invented the first electric car between 1832 to 1839.

Q: What are the pros and cons of electric cars?

Q: How fast can an electric car go?

Q: What are the bad things about electric cars?

A: Electric cars require maintenance of batteries and regular charging stations. Not all garages are authorized to repair parts of an electric vehicle.

Q: What are some fun facts about electric cars?

A: Electric cars were first discovered by Robert Anderson in around 1834 to 1835. Electric cars reduce emissions and also require less wear and tear repair.