Facts About Christmas In Spain 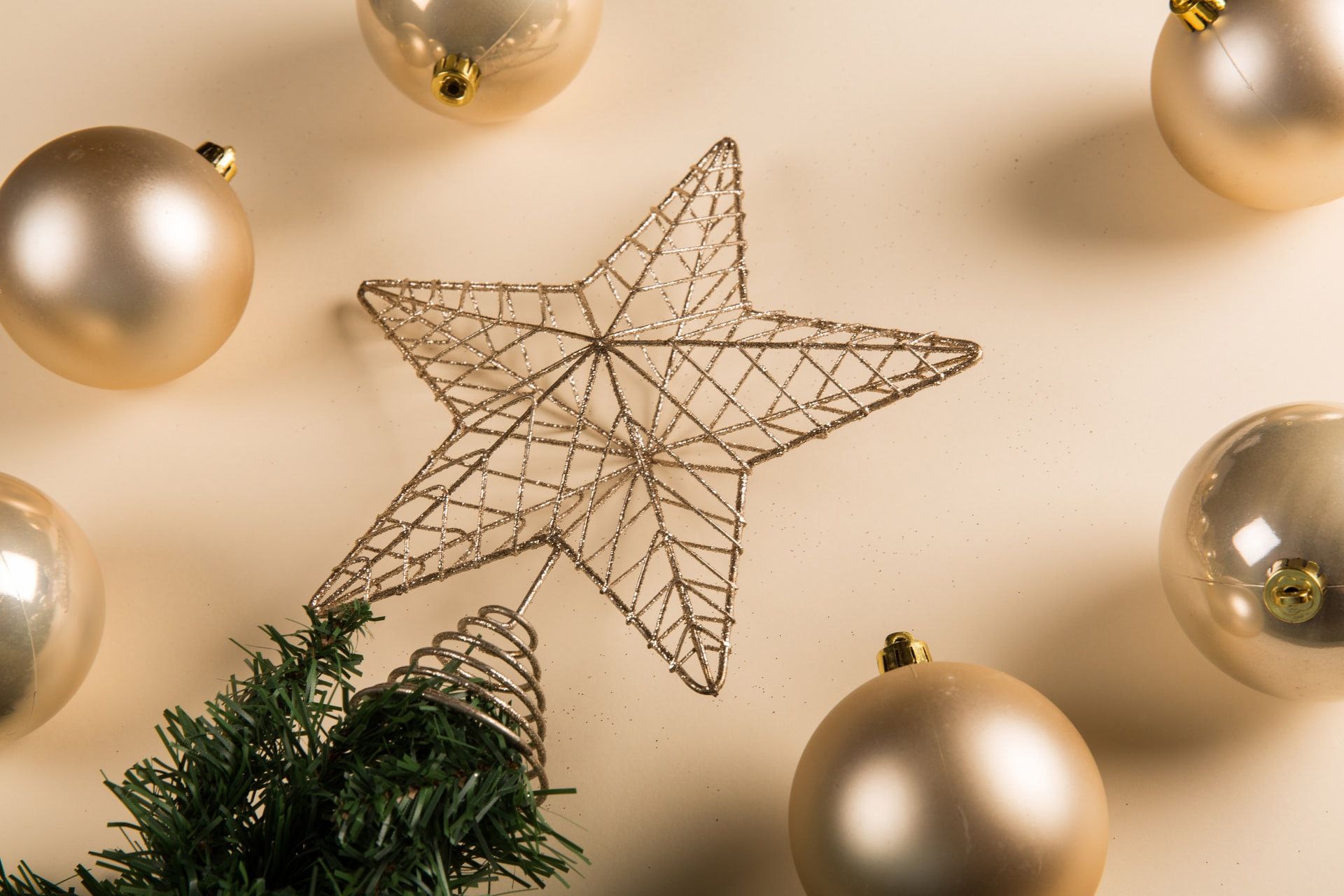 Many people around the world celebrate the Christian festival of Christmas.

Children are often the most excited for this festival as children believe that Santa will come with a gift for them if they behave properly the whole year. In Spain people celebrate Christmas day with their Spanish Christmas traditions, which are often different from what Americans celebrate.

The most famous Spanish Christmas tradition is the portrayal of elaborate nativity scenes featuring baby Jesus by Spanish children. Spanish people attend the Midnight Mass on Christmas Eve, which is known in Spanish as La Misa Del Gallo.

A few days after Christmas, Spanish April Fools Day is celebrated or December Fool's Day, known as Dia de los Santos Inocentes. The Basque Father Christmas is one of the distinct holiday traditions in Spain during the holiday season. Winter solstice is also observed during the Christmas season through bonfires for good luck. One more Spanish tradition is that of Christmas markets that are organized throughout the country.

Christmas dinner in Spain is another interesting event where people bring gifts for children. Well, which kid would complain about a few presents.

Read on to learn more about the Christmas tree decorations, Epiphany eve celebrations, and the tradition of De Los Santos Inocentes. Afterward, also check the origin of Christmas colors and German Christmas symbols.

Fun Facts About Christmas In Spain

Now, a lot of us must be thinking about what might be so different about Spanish Christmas, after all, it is something that the whole world celebrates and there are common things like Santa Claus, gifts, popular jingles and songs, and good food. But a lot of you will agree with the fact that the food one eats is different across the world. What people eat in India is different from what people in China eat, and also from what people in Spain or America eat. It might not be the food that is different in Spain at Christmas, lets explore some more facts now:

What is Christmas called in Spain and when is it celebrated?

In Spain, Christmas day is called Navidad and it starts on December 8 which goes on until January 6 every year. Sometimes, it is also called Castillian.

During Christmas festivities, there is a king’s parade held in January to celebrate epiphany. The parade send the message of peace and solidarity for all.

There is a big Christmas Eve dinner for the Catalan families of Spain.

Even in Spain, Christmas can be different in different areas of the Country. Barcelona is very different from other places. Usually, their school children are given a log as a gift which is hollow and is garnished with smiley faces, known as barretina. This is called Cago Tio. Spanish kids have to keep it warm by placing it under a blanket and feeding it with Turron the whole Christmas month.

In Spain they don't celebrate April Fool’s day but instead, they celebrate All Fool’s Day on December 28 which is just 3 days after Christmas. The tradition is similar to that of April Fool's Day in America.

Kings Day, which takes place on the evening of January 5 each year, a day before Epiphany, is one of Barcelona's most popular events. On this day, you may see a vibrant, colorful, and exciting procession that takes place around the city. This is among the most well-known Spanish celebrations, attracting lots of visitors to Spanish cities every year. Three wise kings arrive in a chariot shaped like a canoe that goes through the city's streets for this procession. This is the key event for children since the three kings are known to give candy and other small treats.

Even though people start the Christmas traditions with the feast of Immaculate Conception on December 8, the full-fledged celebration start on Christmas Eve, which is December 24. On Christmas Eve everyone has a big dinner which has a broth called Carn d’Olla. The main course has soup made of meat and traditional Spanish food which includes pasta and tapas recipes.

As we have just discovered, there is a procession during the Christmas period where the three kings come and even give candies to children. This tradition does not occur in every country. There are certain things that happen only in Spain. So, what are they and how do people celebrate?

In Spain, Christmas is a time to have fun and spend time together with family and friends. There is a national holiday lottery for Christmas, called the El Gordo, which mean the fat one. Its the most poplar lottery daw of the year also helps to raise money for charity. People take to the streets to celebrate the draw and share with each other.

In Spain, Christmas decoration start to go up in the cities and town two months before Christmas and are done by the end of November. Those lights come down only by the second of January. Tourists are sometimes shocked to find fewer Christmas trees and more nativity scenes on windows and streets known as belenismo which is the traditional way to decorate homes, shops, and streets.

There are many Catholics in Spain. Generally, they have midnight mass which is after the Christmas Eve dinner. People go to church and this day is one of the most attended events for the church. Offering prayers is a way for all the people to get together and celebrate Christmas. They thank each other and spend time together in church.

How do they celebrate Christmas in Spain?

First things first, the main Christmas festival is not celebrated on 25th December, instead, it is celebrated on 6th January. People celebrate it with traditional food and drinks which make the event a Spanish Christmas. People eat dishes like Turron, Roscón de Reyes Polvorones and mantecados. People go to church and prey and sing Christmas carols with guitar and drums.

What is Santa Claus called in Spain and who brings the presents on Christmas in Spain?

In Spain, Santa Claus is known as Papa Noel, and gifts are brought by both Papa Noel and by the three kings. So, children write a note about what they want on Christmas and how they have behaved the whole year, and why they deserve the gift that they have been asking for. Then there is a post box where those notes are sent. The names of the three kings are Melchor, Gaspar, and Baltasar. They also give away candies and chocolates to the children and the crowd at large which is gathered to welcome them during the three kings parade.

In some cultures and for some celebrations, parties are held a day before the event. Take, for example, the new year. The party starts on December 31 and gets over by early morning of January 1, the next year. Though the New Year is on January 1, people celebrate it on the December 31, the New Year’s Eve. A similar situation is with Christmas in Spain and some other European countries.

One of the big festivals of Christmas is celebrated on December 24, not Christmas Day, and is called 'Nochebuena' in Castellano. Christmas Eve here is celebrated with the family and they sit around a table and have a meal together. This is followed by a gift for children sometimes, and if this does not happen, then all of them go for midnight mass to church for prayers.

During Christmas, the cities are really beautiful and it's a site not to be missed. During the winter, a number of cities in Spain are famed for their gorgeous markets selling gifts, foods, drinks, and Christmas decorations. For Spaniards, the exhibition of Bethlehem and the cradle is as important as the Christmas tree, and nativity scenes are displayed across the country. The nativity scene includes the baby Jesus, Mary and Joseph, the shepherds and the thee kings. They will also often have the animals found in the barn, such as the sheet, cow and donkey.

Glitter, lights and garland are traditional Christmas season decorations that can turn any home into a beautiful winter paradise. It starts feeling a lot like Christmas once you start witnessing it throughout the towns and cities. From homes to trees and everything in between, the garland is used to decorate almost anything.

Skip the chicken, mince pies, and Christmas cake! Below is a list of the best ten Christmas dinner delicacies to try this year if you want to enjoy Spanish traditional Christmas food. Food is something that is often cherished most during any festival around the world.

Some Spanish foods traditionally eaten include seafood, tapas dishes, lamb, Cochinillo Asado (roast suckling pig) and galets pasta. These can be followed by sweat treats such as king cake, turron, marzipan, entremeses, and of course a glass of cava. Cava is their traditional bubbling white wine, like the champagne of France.

A glass of Cava, Spain's counterpart of French Champagne, is an essential for any Spanish Christmas meal. The finest Cava can be obtained in the Catalan region, and if you want to visit where it is made, go to the Penedès province.