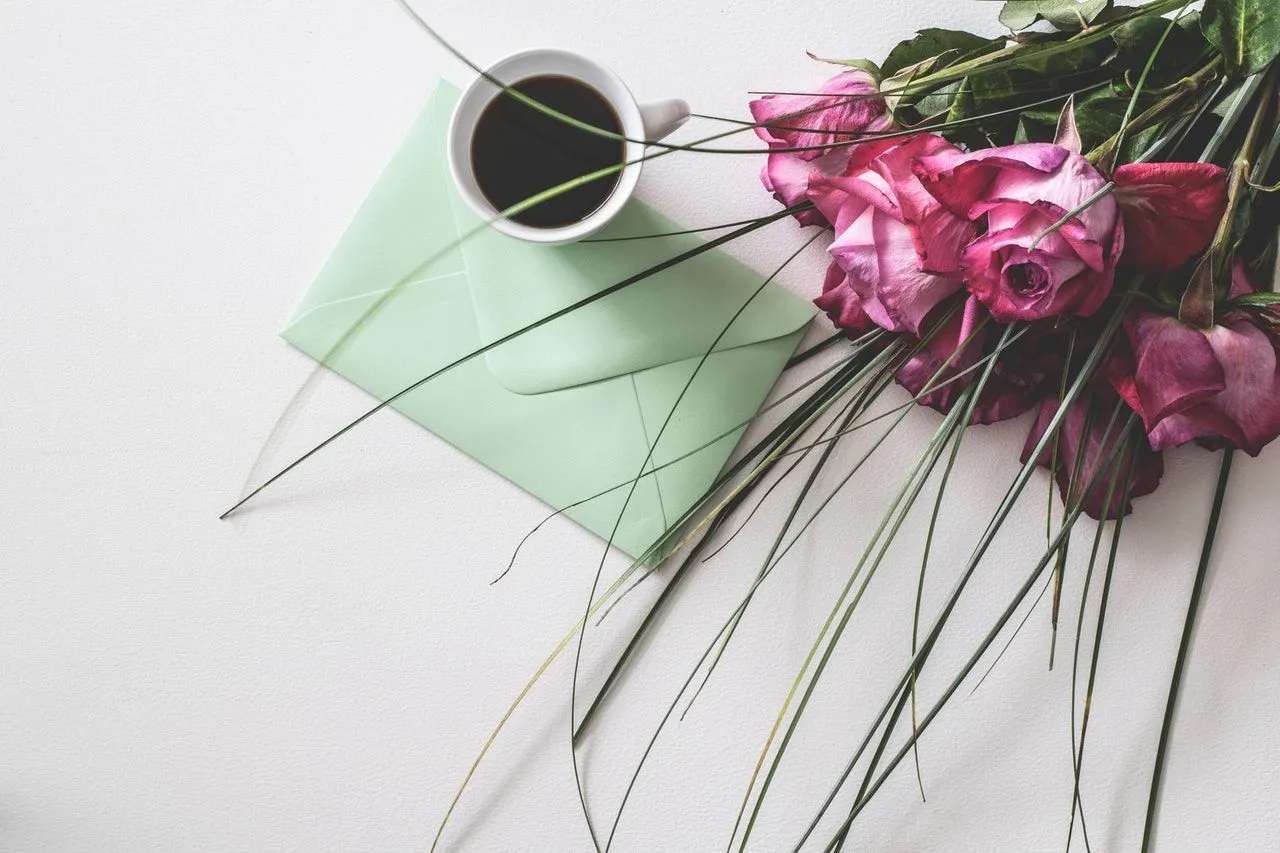 The celebration of Mother's Day is observed to honor mothers, celebrate their motherhood, and their relationships they have with their children.

Mother's Day celebrations take place all over the world across 40 countries annually but the date varies depending on the country it is celebrated in. Most countries celebrate International Mother's Day either in March or May.

In some countries around the world, Mother's Day is associated with century-long traditions such as the Mothering Sunday celebration of Christians or the Roman festival of Hilaria. Historians have found that some of the earliest Mother's Day celebrations happened in Ancient Greece where there were spring celebrations in the honor of mother goddess, Rhea. She is also known as the goddess of fertility and generation. The modern commercialized form of celebrating Mother's Day originated in America in 1907 which is why this modern holiday is often referred to as American Mother's Day. The modernized version of Mother's Day has been celebrated since the early 20th century when Anna Jarvis initiated observing this day with a celebration at Andrews Methodist Episcopal Church in Grafton, West Virginia. Although it wasn't Anna Jarvis' vision or motive to commercialize this occasion, she initially began celebrating it as a religious event. However over time, the occasion became commercialized on its own. Some common Mother's Day gifts include a bouquet of flowers, a pop-up rose card, handmade cookies, and unique salt and pepper shakers.

What is the significance Of Mother's Day?

As of now, we all know that the first Mother's Day was celebrated in 1907 after it was initiated by Anna Jarvis way back in 1905. After its first celebration, some US states began to observe local holidays on Mother's Day. Finally, in 1914 President Woodrow Wilson signed a proclamation declaring the second Sunday of May as a national holiday on the occasion of Mother's Day in order to honor the efforts of a mother. However, little do people know that it was Anna Jarvis' mother, Ann Jarvis who first thought of uniting all mothers amidst the Civil War. It was her idea that later developed into the now widely celebrated Mother's Day.

Ann Jarvis began her movement during the Civil War and her motive was to foster friendship between the mothers of both sides in an effort to reunite families and put an end to the war. Ann Jarvis established a committee to do this in 1868 and it was then called Mother's Friendship Day. Ann Jarvis was a peace activist who took care of wounded soldiers irrespective of the sides they were on, and she had also created Mother's Day Work Clubs to bring light to all the public health issues. Along with Julia Ward Howe and many other protestors, Ann Jarvis urged for the establishment of a 'Mother's Day For Peace' which was aimed at mothers asking their husbands and sons to no longer be killed in the act of war. Julia Ward was a renowned female activist, writer, and poet well known for her piece 'Battle Hymn Of The Republic', and she took strong measures to put an end to the war which took the lives of several men every day.

Later on, after the death of her mother, Anna Jarvis took it upon herself to establish an intimate day of observance in order to honor her own mother and the efforts of all the other mothers as well. In a span of a few years, Mother's Day was recognized as an official holiday in the United States. It is an annual holiday observed on the second Sunday of May, however the date changes around the world.

Celebrating Mother's Day greatly depends on the country and the culture. There are various countries in the world that celebrated the occasion of honoring mothers prior to it being globalized by the American holiday. In fact, the primary reason behind Mother's Day becoming so popular and modernized is that the companies benefit economically from the event. People buy their mothers presents and cards to mark this event, and this holiday has become extremely commercialized.

There are various cultures and countries who celebrated Mother's Day even before it was publicized by the Americans. There have been some changes in recent years due to the influence from other countries but let us take a look at some historical Mother's Day facts.

Various religious groups have celebrated the efforts of mothers in some way or another, whether by a one-day festival or for a period of days, for a while. In some traditional Christian homes, for instance, the Christian holiday is linked with paying respect to Virgin Mary. At the same time, in certain kinds of Orthodox Churches, special prayers are held on this occasion in honor of Theotokos Virgin Mary.

In Hinduism too, you can find a similar kind of occasion where Mother's Day is celebrated as 'Mata Tirtha Aunshi' which can be translated into 'Mother Pilgrimage fortnight'. The dates of this festival are decided according to the Hindu calendar but they usually fall in the months of April or May. On the other hand, countries all across the world follow their own customs and traditions in observing this celebration. In the United Kingdom, for instance, the fourth Sunday after Lent is observed as Mothering Sunday. This tradition is known to have been in place for more than a couple of centuries now. Other countries such as Spain and Portugal celebrate this day and honor their mothers, as well as Jesus' mother, Virgin Mary. Whereas, Japan celebrates Empress Kojun's birthday as Mother's Day but the occasion is now as commercialized as American Mother's Day. A fact about the history of American Mother's Day is that Anna Jarvis was the one who established the concept of Mother's Day and bent Congress to recognize the occasion and eventually founded the Mother's Day International Association and at the same time had the phrase 'Mother's Day' trademarked.

A number of countries in the world observe Mother's Day, however the dates vary depending on the traditions that have been followed for decades.

Some of the common dates on which a number of countries celebrate Mother's Day include March 8 which is officially recognized as International Women's Day, the fourth Sunday in Lent, Mothering Sunday on March 21, the second Sunday of May, or last Sunday of May. Countries such as Russia, Bulgaria, Vietnam, and Serbia celebrate Mother's Day on March 8 every year. On the other hand, countries including the United Kingdom, Ireland, and the Isle of Man celebrate the occasion of Mothering Sunday on the fourth Sunday of Lent. In 2021, it was celebrated on March 14.

Most Arabic countries don't have a tradition of celebrating Mother's Day but due to influences from western countries, they celebrate this occasion as an urban festival on March 21. The majority of countries celebrate Mother's Day on the second Sunday of May, and this tradition began in the early 20th century in the United States. A number of countries who celebrate the occasion on this day enjoy the commercialized version where there is no traditional gift giving or church services, rather there are fresh-cut blooms and other gifts which are a result of the commercialization of this occasion.

There are several interesting Mother's Day facts and one fact is that it has been recorded that Mother's Day is the busiest day for restaurants all over the world. This day of the year is a very special moment for a first-time mother as she begins a new chapter of her life. It is a fact that there are large numbers of flowers purchased on Mother's Day, and you must be wondering why flowers? Well, several studies have been conducted and in the end, it was concluded that flowers have a positive effect on human behavior. It was found that when you give flowers to other women, it makes them feel happy and is a way of showing your love.

Various countries in the world have their own way of marking the Mother's Day. Some cultures have been celebrating the presence of mothers for centuries, whereas others have just started to in the past few decades. In Japan, Mother's Day only became popular after the Second World War to comfort mothers who lost their sons in the war. Ever since, children in Japan give red carnations to their mothers if they are alive and white ones if they have passed away.

In the United Kingdom, there is a church custom on Mothering Sunday which has evolved from the past. On this day, churches hand over daffodils to young children so that they can give them to their mothers at the same time, and some kids also bake fruit cakes for their mothers. The fact that Mother's Day is largely celebrated on Sunday, pastors have recorded that the attendance in churches on Mother's Day is the third highest in the year after Easter and Christmas. In France, the tradition of Mother's Day originated after the First World War when the Government began to hand over medals to the mothers of families whose children and husbands lost their lives in the war and helped rebuild the nation. Today, Mother's Day in France takes place on the last Sunday of May and the traditional gift is a flower-shaped cake.