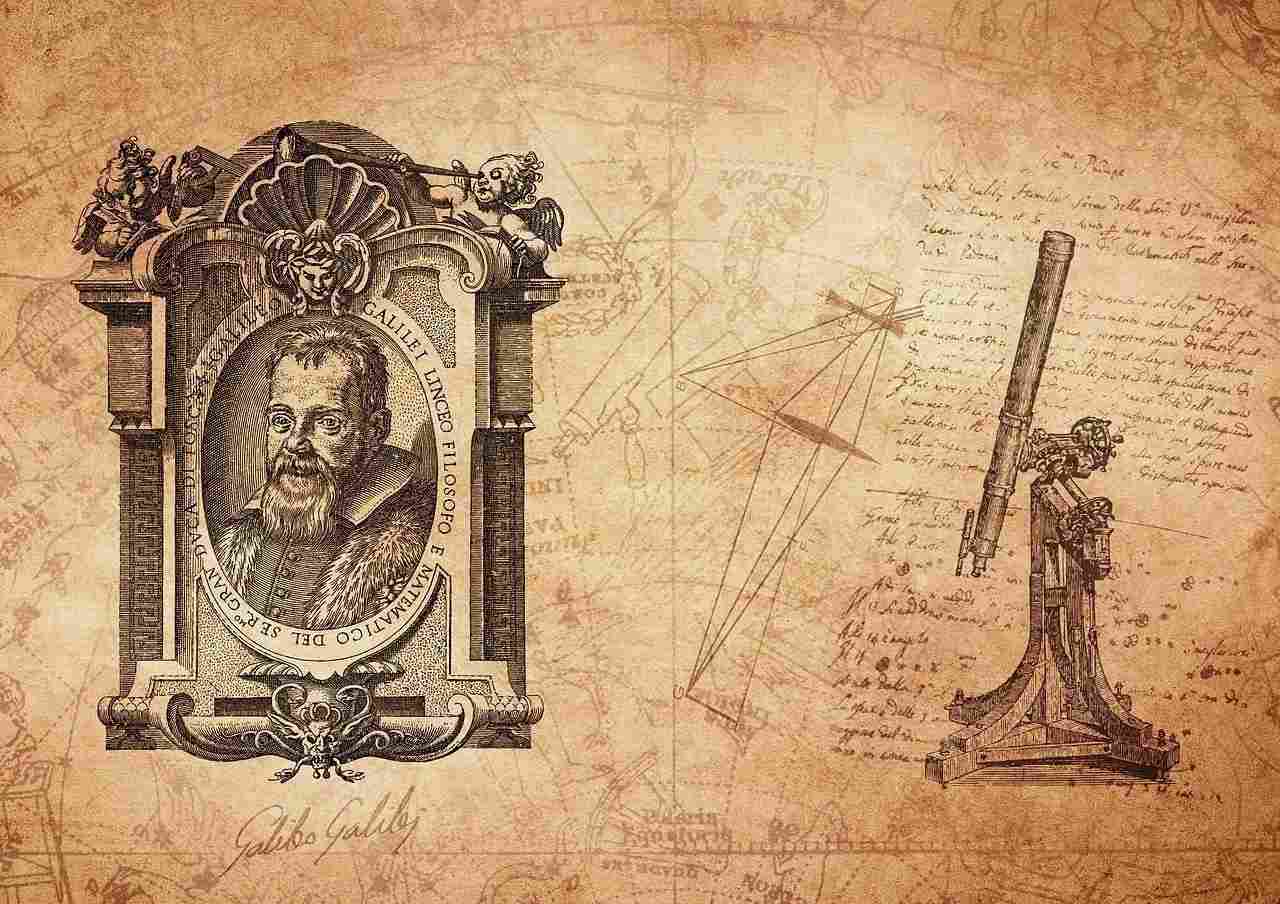 Galileo Galilei was able to work under the blessing of the Church for a long time.

In his early 70s, Galileo Galilei lost his eyesight completely. Currently, it is believed that the cause of blindness was either chronic glaucoma or a complicated cataract.

Galileo Galilei's full name was Galileo di Vincenzo Bonaiuti de' Galilei and was from Pisa, Italy. Galileo was born on February 15, 1564, the first child of Vincenzo Galilei, a music theorist, lutenist, and composer, and Guilia Ammannati. They had six children. Galileo was an engineer, physicist, and astronomer and sometimes referred to as a polymath. He studied the principle of relativity, free fall, gravity, velocity, speed, projectile motion, and inertia. He also worked on hydrostatic balances, properties of pendulums, and applied science and technology. Galileo Galilei invented several military compasses and thermoscopes and made use of the telescope to observe celestial bodies, scientifically. He observed Jupiter's four largest moons, rings of Saturn, confirmed the phases of Venus, and analyzed sunspots. Although he considered taking up the priesthood, Galileo enrolled for a medical degree at the University of Pisa in 1580 due to insistence from Galileo's father. Ealy works of Galileo Galilei on scientific instrument description includes 'La Billancetta' or 'The Little Balance' in 1586 and 'Le Operazioni del Compasso Geometrico et Militare' in 1606.

Galileo's family moved to Florence when he was eight years old, however, for two years, Muzio Tedaldi took care of him. He moved to Florence to live with his family when he was 10. He was particularly educated in logic in Vallombros Abbey between 1575-1578. Galileo Galilei usually only referred to himself by the given name. Both his family and given name were derived from his ancestor, vital professor, politician, and physician of France called Galileo Bonaiuti. Young Galileo kept away from studying mathematics because a physician earned a lot more than a mathematician did. He later attended a geometry lecture accidentally, after which he talked to his father to not only let him study mathematics but also natural philosophy rather than medicine.

The scholarly world first got to know about Galileo Galilei when he made the forerunner of a thermometer, a thermoscope, and then published the hydrostatic balance design book, in 1586. Galileo studied 'disegno', a word that included fine arts. He got the role of an instructor at the Academy of the Arts of Drawing or Academia Delle Arti Disegno of Florence and taught chiaroscuro and perspective. He was selected to lead mathematics in Pisa in 1589. In 1604, Galileo observed Kepler's Supernova. He then concluded that Supernova was a distant star. Based on the ambiguous descriptions of Hans Lippershey's first practical telescope that he first tried to patent in 1608, Galileo created a telescope that had three times magnification. He again updated this version up to 30 times more magnification.

Galileo Galilei contributed a lot to the scientific community. He observed many celestial objects of the solar system. Galileo was first to infer that the uneven waning on our moon was light occlusion caused by craters and lunar mountains. Galileo's observations of Jupiter's moons created a revolution in the field of astronomy. In 1611, he continuously observed satellites for 18 months and gave a remarkably precise estimation of their periods. Galileo observed Venus from September of 1610 and noted that this planet exhibited phases identical to that of our Moon. He then observed Saturn, however, he first thought that Saturn's rings were a planet. In 1612, Galileo Galilei observed Neptune. He also studied sunspots with his naked eye and his telescope. Some of his famous quotes include:

Galileo wrote mainly about the description of scientific instruments. In the last years of Galileo's life, he kept around 598 volumes at the Villa il Gioiello, Florence. Although he was restricted to writing and publishing his ideas, he received visitors until his death, and through them he constant supply of Nothern Europe's lastest research. Two of his visitors under house arrest were Thomas Hobbes, the philosopher, and poet John Milton. His early written works on mechanics, the science of motion, and dynamics were recorded in his Le Meccaniche circa 1600 and De Motu circa 1590. It is believed that Galileo dropped two balls of different masses but the same material from the leaning tower of Pisa to demonstrate how the time of descent was independent of the mass of an object. However, Galileo Galilei himself did not include this incident in any of his works.