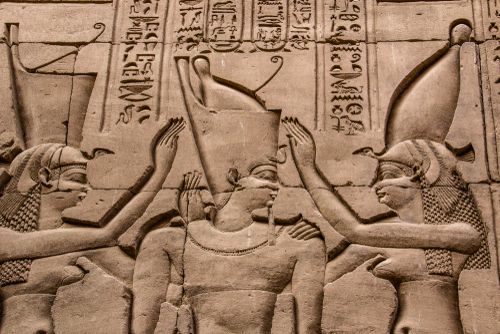 Ptolemy was a great mathematician, astronomer, and geographer.

While his most famous work is in the field of astronomy, he was more successful as a geographer. His world map was the most accurate point of reference for many years.

Not much is known about Ptolemy's personal life and achievements apart from the fact that he lived in Alexandria, Egypt. Egypt was under Roman rule at the time of his existence, as indicated in several ways through his works. At the same time, his world map also shows the extent of knowledge of the world during the height of the power of the Roman Empire.

Since not much is known about his life, when he was born, or when he passed away, the timeline of his life is entirely based on assumptions. These assumptions, in turn, are based on his works and the works of people that came after him. According to these estimations, Ptolemy lived somewhere between 80 and 165 AD, and he passed away around the age of 84.

Throughout his life, he provided several theories, more than half of which have now been disapproved. If you are wondering why he is important when his works have been disapproved, the answer is simple. Ptolemy and his perception of the world and the solar system created a foundation upon which his successors could work and build their own worldview. Please keep reading to learn more about Ptolemy, his life, and the many books he wrote.

Ptolemy was born in Alexandria in Egypt around 80 AD. His full name was Claudius Ptolemaeus, and he is often known as Ptolemy. Not much is known about his early life, but it is thought that he received an excellent education.

Ptolemy studied mathematics, astronomy, and geography, and he soon developed a reputation as a brilliant scholar.

Around 150 AD, Ptolemy began working on his most famous work, 'Almagest.'

This treatise contained detailed mathematical models of the universe, which were based on observations made by Ptolemy himself.

'Almagest' remained the standard model of the universe for over 1,400 years until the work of Copernicus finally superseded it in the 16th century.

Ptolemy's other major work was 'Geography,' a detailed study of the world's geography and climate.

This work remained the most authoritative text on the subject for over 1,500 years.

Ptolemy died around 168 AD, but his legacy lived on through his works.

He remains one of the most famous astronomers in history, and his contributions to science are still studied and admired today.

There is a serious lack of documentation of Ptolemy's life. His mode of education, the degree to which he was trained, and how he came to develop such complex theorems are all unknown, even though specialists have been trying to find out such details about this great thinker.

In which area was Ptolemy an expert?

Ptolemy is predominantly known as an astronomer. However, his expertise lay in mathematics and geography, which is visible in how he successfully found correct estimates of the world and its latitudes and longitudes. Many specialists believe that Ptolemy himself was not confident in his estimations and theories in astronomy.

It is a common perception that Ptolemy merely created the astronomical treatise to be able to create a basis for his geographical theories, which he was pretty accurate about.

This Roman citizen was successful in terms of understanding Earth and where its significant landmasses lay.

His theories and world map show us how much people knew about the world during the height of the Roman Empire.

Some of his estimations of Asia were quite flawed, which is understandable given his exposure to such places on Earth.

However, it is assumed that Ptolemy's model of Asia inspired Christopher Columbus to travel to the Western Hemisphere.

Ptolemy's estimation of where India lay was deeply flawed.

In fact, he estimated that India lay far towards the east of where it is.

It wasn't until Christopher Columbus set out for a journey of the world that we learned about the exact locations of different landmasses.

There was very limited knowledge about the large heavenly bodies such as planets at his time.

In ancient times, people only knew of the existence of five planets other than Earth. Early history had no perception of planets such as Neptune, Uranus, and Pluto.

Hence, Ptolemy's theories and estimations were all based on these planets and the Sun. It was not until centuries later that the heliocentric model was introduced.

After this, it took many years for the other three planets to be discovered and named.

However, other heavenly bodies such as stars have been intriguing humankind for a long time, even before Ptolemy. His calculations of stars and their positions were entirely accurate.

Ptolemy was a great mathematician as well. His most notable work is regarding the mathematics of music, which is a refreshing and rich theory.

He provides mathematical ratios of the intervals of music.

These ratios and calculations are all backed up by empirical observation, which exemplifies the range of topics in which Ptolemy was well versed.

This thinker from Egypt was quite diverse in terms of his work and knowledge.

Who was influenced by Ptolemy?

Ptolemy was an inspiration for many astronomers and mathematicians that came after him, even though most of them ended up proving that Ptolemy's work was flawed.

We must acknowledge that Ptolemy was the one who laid the foundation for these thinkers to thrive in their ideas.

Some of the people influenced by Ptolemy's life and work were Theon of Alexandria, Abu Ma'shar, and Nicolaus Copernicus.

Nicholas Copernicus was a very famous astronomer who successfully proposed and proved the heliocentric model of our solar system.

According to this theory, the Sun was at the center of our solar system and not Earth. He came way after Ptolemy, in the 16th century.

Q: What did Ptolemy discover?

A: Ptolemy is known for several things. He is known for proposing a geocentric view of the solar system. He suggested that the Earth was the center of the solar system and that all five planets known back then and the Sun revolved around Earth. This essentially put humans at the center of the universe. His theory was not disapproved until the 16th century. He also created an elaborate model which proved his theory of a geocentric universe. This model was quite complex and nearly impossible to comprehend due to its abundance of concentric circles.

Q: How many years did Ptolemy live?

A: According to estimations, Ptolemy lived for around 84 years between 80 and 165 AD. Unfortunately, there is a pronounced scarcity of information regarding his personal life, birth, and death due to limited documentation. The information that we do have comes from studying his works and the literature generated by his successors.

Q: What is Ptolemy best known for?

A: Ptolemy is best known for Ptolemy's mathematical model. He was known for calculating the positions of planets and also creating a world map based on these estimations. He was a famous geographer, astronomer, and mathematician. His expertise was vast.

Q: How did Ptolemy impact the world?

A: Ptolemy's mathematical equations and models were the only points of reference for several centuries until people like Copernicus came along and disapproved of them. He proved that the Earth was spherical in shape, which is something that was considered a radical thought in the first and second centuries.

Q: What were Ptolemy's achievements?

A: Ptolemy wrote numerous books, out of which the 'Almagest' and 'Geography' are the most famous. Even though his estimations and theories have now been disapproved, he was a significant influence on the critical thinkers and astronomers that came after him. His astronomical treatise became the basis on which medieval astronomy flourished, and even its disapproval was a very important part of development in this field of studies.

Q: Who developed the first predictive model of the solar system?

A: An astronomer named Eudoxus was the first to create a geocentric model of the solar system. Ptolemy further added to this theory by attaching mathematical equations and calculations, which would allow him to explain the model in a better way. However, in the process of making the model more defined, Ptolemy ended up creating a model that was essentially more complex. The first person to correctly claim and prove that the solar system was, in fact, heliocentric and not geocentric was Copernicus.

Q: What did Ptolemy discover in the field of optics?

A: Ptolemy's field of study was anything but limited. He created a set of ideas that were radical for the time period when he was born. In the field of optics as well, he made significant contributions. He was the first person to propose and prove that an object and its mirror image needed to be at the same angle as the mirror. Apart from this, he also studied light, its color, and its refractive properties.

Q: Why is Ptolemy important to the history of astronomy?

A: Ptolemy is important in the history of astronomy since he proposed that planets revolved around the Earth. Even though his geocentric model was entirely false, the way he used this model to talk about the world map was commendable and nearly accurate, except for some calculations. The later theories and ideas were mainly based on Ptolemy's theories.

Q: What was Ptolemy's most significant achievement?

A: Ptolemy's most outstanding achievement was the creation of a world map that outlined over 8,000 places on Earth. This world map was not too flawed and was only corrected centuries later by Christopher Columbus.

Q: How has Ptolemy's theory been disproved today?

A: Ptolemy suggested that the Earth was the center of our solar system, which is not true. Even though he had presented it in a great way, his geocentric model was deeply flawed, and its very basis was incorrect. This was disapproved by Copernicus, who proved that the solar system was heliocentric and revolved around the Sun instead of the Earth.