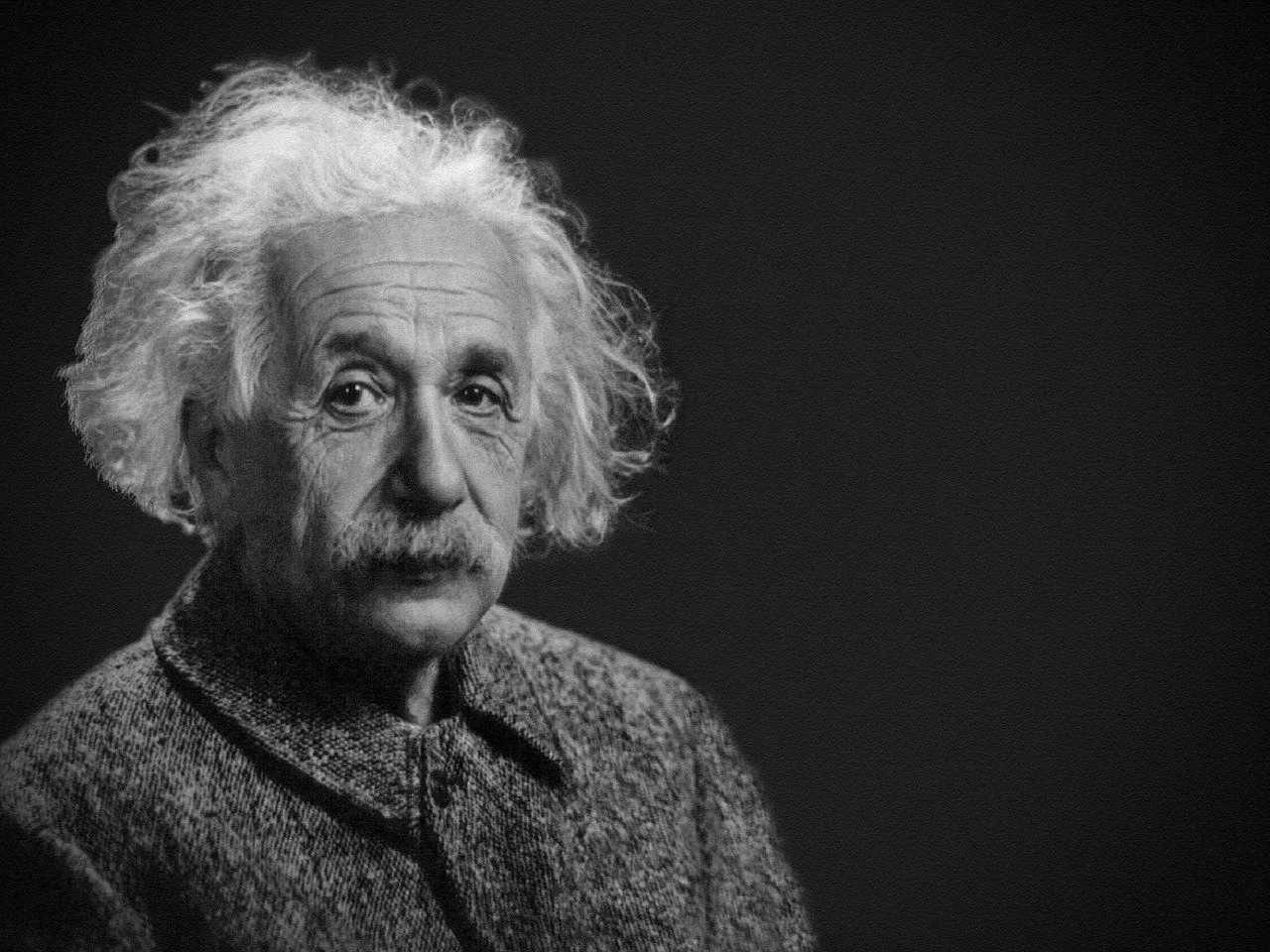 One of the greatest and most-renowned thinkers of all time, Albert Einstein, was a Nobel prize-winning, German-born theoretical physicist.

Albert Einstein was born on March 14, 1879, in Ulm, Württemberg, Germany. He is known for developing the general and special theories of relativity, and he won a Nobel Prize in Physics for his explanation of the photoelectric effect in 1921. Not only that, Albert Einstein is considered the most influential physicist of the 20th century, and he is still swaying the minds of the next generation.

The parents of Albert Einstein were secular, middle-class people. His father, Hermann Einstein, was a businessman but only achieved moderate success in all his endeavors. Originally a featherbed salesman, he also ran an electrochemical factory. His mother, the former Pauline Koch, was a housewife and took care of the house. Albert Einstein also had a sister who was born two years after him. She was named Maria and also went by the name Maja. Einstein has always stated that he was deeply affected by two wonders in his early years. The first was a compass which he encountered at the age of five. He was mesmerized by the workings of the compass and the fact that some invisible forces could deflect the needle. He became obsessed with magnetism. This made him become fascinated with the theory of invisible forces and set the course of his whole life.

The second wonder was a book of geometry that he got when he was 12 years old. Additionally, Einstein was religious at the age of 12 and composed his own songs in praise of God and sang them while going to school. However, once he started reading science books, the young Einstein came to a different outcome, as he felt that science contradicted his belief in God. Einstein did not like the way the grammar school taught him. Due to a lack of discipline and no regard for authority, he was soon expelled from school. At the age of 15, he left school, but while at school, he did excel at physics, maths, and philosophy. He, however, struggled with other subjects related to languages. He wrote his first scholarly paper when he was 16 years old, and his paper focussed on his inspiration of the magnetic compass.

Max Talmud, a young medical student that often had dinner with the Einstein family, introduced Einstein to mathematics and philosophy and was his informal tutor. He gave Einstein a children's science series in which the author imagines electricity traveling inside a telegraph wire. Einstein was fascinated by this, and this became his focal point for the next few years. Albert Einstein's childhood was full of uncertainties due to his father's repeated failures in business. After failing in Munich, his father left for Milan to try his luck there. Einstein lived in a boardinghouse to complete his education. He soon came back to his mother, who ran the family household. Einstein then applied to Swiss Federal Polytechnic school where during the entrance exam, he excelled in maths and physics but failed chemistry, french, and biology. Due to his exceptional maths score, even after being a school dropout, he was allowed to join the school if he completed his formal education first. He graduated high school in 1896. He renounced his German citizenship and was granted Swiss citizenship in 1901. During his time in Zurich, Einstein met many students and friends, including his future wife, Mileva Maric, a physics student from Serbia.

After attending the Swiss Federal Polytechnic, Einstein spent two years looking for an academic position but got a job at the Swiss patent office in Bern instead. This gave him enough time to write and conduct research outside of office hours. After becoming a successful academic, Einstein grew apart from his first wife Mileva. He had two sons with his first wife.

He married twice. His second wife was his cousin, Elsa Löwenthal, and she died before Einstein in 1936. Albert Einstein's death was a true shock to many, and his research is still important to this day. People are still inspired by Albert Einstein's ideas.

Einstein was so mysterious and smart that, after the autopsy was performed on his body, Thomas Harvey, a pathologist, kept Einstein's brain. It was against Einstein's wishes, but the pathologist somehow convinced Einstein's son to allow it. Princeton fired Harvey, but the brain was kept for 40 years for further experimentation. Some scientists had a special theory that suggested that the tissue was denser in his brain, and the inferior parietal lobe was bigger. The brain is now kept at the Princeton University Medical Center.

If you enjoy this article, why not also read some Barak Obama facts and facts about Cuba here on Kidadl?

Where was Albert Einstein born?

Albert Einstein was born on March 14, 1879, in Ulm, the Kingdom of Württemberg in the German Empire. He was born into a family of Ashkenazi jews.

Although he was born in Germany, Albert Einstein's nationality had its origins in Italy, Switzerland, and Czechia (a part of the Austro-Hungarian Empire). He later moved to the United States in 1933 and never returned to Germany due to the condition of the country during World War II. In the US, he moved to Princeton, New Jersey. Albert went to high school and finished his formal schooling there.

Do you know how Albert Einstein got his famous curly hair? Well, it is believed that fatherhood gave him his iconic hair. When he was a young man, Einstein had neatly combed hair, but when his son Hans was born, he became busy trying to support the family and ignored combing his hair. Additionally, he never wore socks.

At the age of 16, Albert Einstein renounced his German citizenship, and he became a Swiss citizen in 1901.

There are a few theories that Einstein established which changed the world.

His quantum theory of light states that all light is composed of photons, which are tiny particles of energy. These photons were particles but also had wave-like properties, which was unheard of at that time. He expanded on his theory by outlining the emission of electrons from metals when they were hit with large electric pulses.

His special theory of relativity touched on electromagnetism properties. His paper at that time changed the way people saw physics. He developed the theory of general relativity too. It helped to expand and complicate upon theories made by Isaac Newton 200 years before that. The general relativity theory helped in the accurate prediction of planetary orbits around the sun, which was not given in Newton's theory. This theory also describes the birth and death of stars, black holes, and how the universe evolves.

Everyone must have heard about Avogadro's number. The number of atoms in one mole of a molecule is Avogadro's number. Einstein was working to develop the mathematical model to explain Brownian motion and, while doing that, he proved the existence of atoms. This helped in the calculation of the number. This theory about the presence of atoms was later proven by Jean Perrin, who verified Einstein's mathematical work and carried out experiments using a high-precision microscope. Perrin won a Nobel Prize in 1926.

The Bose-Einstein condensate is something that many people do not know about. It is basically a group of atoms that are cooled to almost absolute zero.

The Photoelectric effect is probably the most important invention of one of the most influential scientists of the 20th century. It finds the emissions of electrons from metal when light shines on it.

What is Albert Einstein famous for?

He is known for winning the Nobel Prize for Physics in 1921 for his explanation of the photoelectric effect. He made the special and general theories of relativity. He published his paper on the general theory of relativity in 1916.

Did you know that Einstein was offered the chance to become the second president of Israel after the death of Israel's first president, Chaim Weizmann? Einstein did not accept this and stated that, at 73 years of age, he was too old for the job and lacked the experience and natural aptitude to deal with people.

Einstein became proficient in differential and integral calculus at the young age of 15.

Albert Einstein signed a letter that sparked the Manhattan Project. He was not part of it but was instrumental to it. During the 1930s, German scientists found nuclear fission of uranium, which was a step forward in the development of the atomic bomb. The world's uranium was kept in the Congo, and physicists Leo Szilard and Eugene Wigner asked Einstein to write a letter to the Queen of Belgium.

A fun fact is that Einstein was also a civil rights activist.

Einstein married twice, first to Mileva Maric in January 1903 and then to his cousin Elsa Löwenthal in 1919.

Maric was a Serbian mathematician and physicist, and she and Einstein had two sons. They also had a daughter who either died of scarlet fever or was given up for adoption. The family moved to Berlin in 1914, but Maric and their sons returned to Zurich when she found out about Einstein's relationship with Elsa. They divorced in 1919 after living apart for five years.

Elsa married Einstein in 1919, but she was diagnosed with kidney and heart problems in 1935 and died in December 1936.

Here at Kidadl, we have carefully created lots of interesting family-friendly facts for everyone to enjoy! If you liked our suggestions for 'Albert Einstein facts', then why not take a look at 'Christopher Columbus facts' or 'facts about Rosa Parks'?