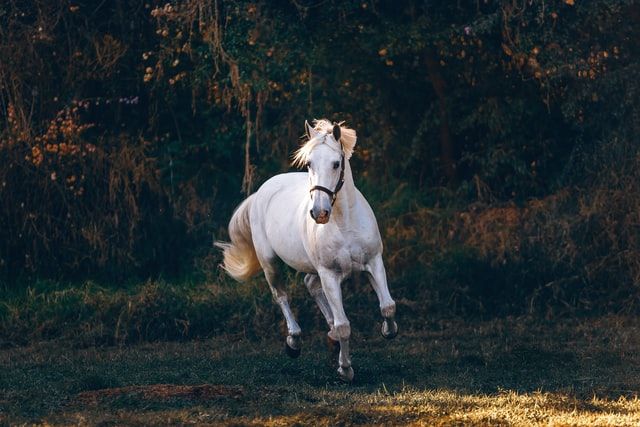 Stories always have a poetic element that is not fully understood by many viewers.

The original film version of the story is an adaptation of the book. 'The NeverEnding Story' book is written by Michael Ende and soon after seeing the popularity of the book, director Wolf Gang Petersen made a movie out of the book. The readers first got the chance to read the book in the year 1979. Since then, his 'The NeverEnding Story' continued to win hearts. In the year 1984, the director and screenplay writer, famous Wolfgang Peterson started showing interest in the story. According to Peterson the book is full of potential and can gain global attention. Thus, he started writing the screenplay of the book. The screenplay of the book is written in such a way that it fits the American audience and their likes. Actors such as Noah Hathaway successfully created a magical world that goes parallel with the book's story. A lot of people first thought the film is a children's film, however, after the gripping thriller and the popular sadness scene, the movie seems fitting for any age group. In order to make the film as captivating as possible, special attention was given to the music and composition department of the film. There are theme songs and musical notes in the film, which makes it a perfect fit for both American audiences and german audiences as well. The film is also very close to the German population. This film is one of the most expensive film which has been made out of the United States. The film, however, doesn't cover the entire story of the book. The director focuses more on the entertainment part. Warner bros together with Wolf are responsible for making one of the memorial films ever.

Actors & Characters In 'The NeverEnding Story'

The movie manages to follow the storyline of the book pretty closely. However, relying on the reviews of many readers the place and the city in which the characters live in the book is never spoken of. Thus, in the movie, there are a few scenes of British Columbia and of other parts of the world as well.

The characters of the movie are very carefully picked in order for them to be as similar to the book characters as possible.

Noah Hathaway plays the role of Atreyu in the movie.

Barret Oliver plays the role of Bastian Balthazar Bux in the movie. According to him, the role of such a complex and at the same time easy-going character was a task.

The director Wolfgang Petersen has also seen in the movie a number of times.

Apart from Noah Hathaway, actors such as Patricia Hayes, Sydney Bromley, and Thomas Hill can also be seen in this wonderful film.

During that time, the directors and producers thought its best to portray the book's giant spider and giant creatures through clouds.

The music of the film has its very own melody. During that time the budget allotted for the music was less since a lot was already spent on the movie.

With the help of Giorgio Moroder, the theme song of the film was composed.

The theme song of the movie is still a hit. It is known to remind people of their childhood, carrying just the right sparkle of nostalgia.

The movie is seen to give voice to the ivory tower scene of the book. Despite that, a lot of people believe that the film didn't do any justice to the original storyline.

According to the author of the book, Wolf and his team didn't understand the book at all. Michael Ende believes that for the directors the film was a money-making project and they didn't stand up to his expectations.

During that time the director of the film didn't get along with Noah Hathaway, Although, the performance of Barret Oliver was excellent, they found Noah Hathaway very problematic.

According to many other actors in the movie, the director did stretch the shooting of the movie. The sad scene took around two months to finish.

A lot of souvenirs of the film are still with Steven Spielberg in his personal collection.

The film began its shooting in the year '80, during that time the special effects weren't so good. Hence, this became a big problem for the movie.

There are a lot of scenes in the book, which needed help from special effects. However, in the year '80, the directors simply couldn't get that kind of technology to make it possible.

There were a lot of times when Noah got injured on the set.

Behind The Scene Facts Of 'The NeverEnding Story'

A lot of people know about 'The NeverEnding Story' movie directed by Wolfgang Petersen. Nonetheless, a very small fraction of people are actually aware of the behind-the-scenes stories of the film!

Noah Hathaway once became unconscious during the shooting of one of the horse scenes for the movie. He however pulled through it and showed for shooting later!

For Noah acting for Atreyu resulted in serious injuries from time to time. During one of the scenes when he was fighting with Gmork, he nearly lost his eyeball.

During the year '80, the film had a budget of 27 million dollars, which was a big thing back then.

The readers of the book will argue about how the original Atreyu is green in color. This is true, in the book Atreyu is green. However, the reason Noah Hathaway wasn't painted green was that he didn't look so good in front of the camera.

The directors also believe that after coloring Noah green, he looked like fungi and not believable at all.

Tami Stronach is also one of the few actors who did have to go through their fair share of struggles while shooting the film.

The young actress had lost her front teeth before the shooting of the film began. Thus, to make up for that, she was given fake teeth. These fake teeth gave her a lisp.

Michael Ende was furious with how the film turned out. The writer was not happy with the film that he even tried to get it canceled.

Micheal didn't like how Wolfgang Petersen portrayed his film and thought they should rename the film.

During the making of the movie, Noah and the horse got along very fine. Thus, once the movie was completed, the producers gifted the horse to Noah.

Sadly Noah couldn't take their horse with him due to many transportation complications.

Noah had a strong accent and due to this his own voice couldn't be used for making the movie.

Many people believe that the producers didn't credit the voice actor who gave voice to Noah's character.

If you have seen the movie with a fine eye, you can see that the initial ivory tower scene is way more than what meets the eye.

In the initial scene, you can see many other characters such as Gumby, Mickey Mouse, and also the famous Yoda as well.

The directors of the film did have big plans for the shooting. However, they had to scrape a lot of scenes out, since the technology of those times was behind and unable to support some special effects.

The film has two original versions. One of the versions is known as the US version and the other version is the german version.

The German version of the film is different than its US version.

The shooting place of the movie was Germany. Thus, a lot of actors in the movie are from Germany. Due to this, the director thought its best to have them speak their dialogues in german. The german dialogues were later dubbed into English.

According to the author, the book was a children's book and he found the film does not respect that. There were many scenes that disturbed the author.

The author believed that the sphinx statues were not needed and they spoiled it.

For the directors, it was very difficult to shoot the sadness scene. The horse was not trained enough to act like its drowning.

The horse was trained for around two months in order to do that scene.

According to the author, the giant lucky dragon was similar to a dog in appearance. The author said it looks a lot like a dog and less of a dragon.

The making of the film was another challenge that the director and producers had to withstand. The assumed time for the film was far lesser than the time it actually took to make this film.

The directors shot the film in three different countries. The initial shooting began in Germany and then Spain and Canada.

The film is famous for its budget and is known to be one of the most expensive films ever made in Germany.

The making of this film was indeed a challenge. From the author of the book not being happy with the movie to the lead actor facing injuries. There were many troubles faced by the makers of the film.

The film attracted both positive and negative reviews.

The movie also won many awards and one of them was the 'Best Performance By A Child Actor Award'. Which was given to Noah Hathway.

The film was also on the nomination list for 'Best Fantasy Film'.

'Best Music' award nomination also counted for the theme song of the movie.

The film did win the 'Bambi Award', the director, producer, and composer of the film received the award in the year 1984.

The 'Bavarian Film Awards' were also won by this wonderful film.

Since the genre of the film is fantasy, it won the 'International Fantasy Film Award' as well. This award was received by Wolfgang Peterson.

The movie was successful in fulfilling the wishes of the fans to see some of the scenes of the book visually. However, like any other movie, it failed to depict the book's original storyline.

What is the message of 'The NeverEnding Story'?

The book is a children's storybook and hence the author made sure to add a lesson for children. The moral of the story is to never belittle children and not consider them not capable of anything just because they are young. Children have great potential, and they can do anything.

What name is yelled in 'The NeverEnding Story'?

Bastian gives a nickname to the childlike empress and yells at her with the name 'Moon Child'.

Did the horse in 'The NeverEnding Story' die while filming?

No, the horse didn't die while filming the scene. He was trained for a whole to months to do the scene properly. He hasn't been harmed in any way.

Were any animals harmed in the making of 'The NeverEnding Story'?

No, any animal or horse which was used in the film didn't experience any kind of injury.

Is falkor a dog or dragon?

The falkor is a dragon, nonetheless, it does look very similar to a dog. The author of this book also commented on that and said it looks a lot like a dog.

Does falkor have wings?

The falkor has a winged body and it does have paws as well.