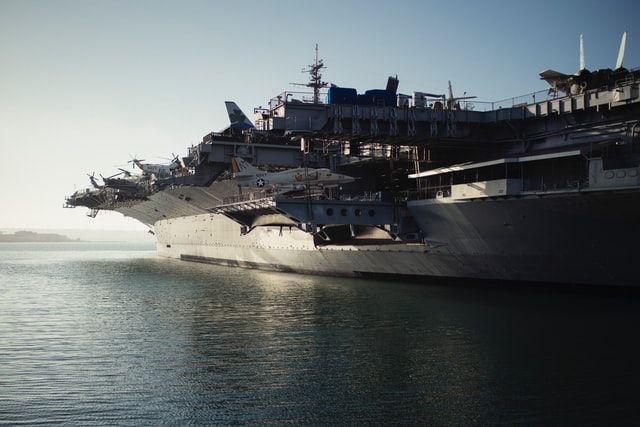 The USS Monitor was an ironclad warship.

During the middle of the 18th century, this warship was created and considered to be the first ironclad warship of the union navy. The ship was specifically made for the war and was majorly made of iron, and was known to be armored.

During the 18th century, when the American Civil War was going on, this union vessel was created for the union navy. The complete construction of the ship was completed in the year at the beginning of 1862. Once completed, this ship was considered to be the first of its type that was made for the Navy. The ship was launched in the month of January 1862 and was commissioned in February of the same year. Under the command of Lieutenant John L. Worden, the ship played a historic role in the Battle of Hampton Roads that took place on March 9, 1862. During this battle, the ship was sailed against CSS Virginia, which was an ironclad warship as well. The fight between the two ironclads still remains one of the major incidents to have taken place in the history of the Navy. John Ericsson partially designed the USS Monitor. He was a Swedish engineer as well as famously known for the invention of the Monitor Warship. It took the inventor and laborers a fair amount of time, around 110 days, to build the ship. The ship was built in Brooklyn and was by the end of 1861. Due to the application of modern technologies and ideas, the ship gathered a lot of attention towards itself. The ship was built in such a way that it could fight and survive in different water conditions like shallow water as well as in rough seas.

The idea of planning and creating the USS Monitor goes back to the middle of the 18th century. The ship was designed and created by a Swedish engineer named John Ericsson. The ship was not any common ship or even equal to standard warships. The ship was a huge raft-like ship made for the war.

While creating the ship, John Ericsson was given patents for the different pieces of equipment that he created along with the ship. He received around 240 patents for all the pieces of equipment, and of these 240 patents, 45 patents were only for the turret. The turret was a distinctive part of the ship as it was revolving in nature. This revolving feature was first invented by an American engineer named Theodore Timby, but the idea was soon copied and was implemented in several warships after that. The ship was built within 101 days, after which it was set for Hampton roads. The entire motive to build the Monitor was to fight against Virginia that the Confederates built in Norfolk. On the day of the fight, before the arrival of the Monitor steam frigate USS Minnesota, and sail frigate USS Cumberland and USS Congress were already down. With the arrival of the Monitor, a four-hour-long fight took place between USS Virginia and USS Monitor. Both the warships could damage each other or other ships massively. Still, this encounter with the union forces was a very incident that is considered to be a turning point in warfare as well as for the development in the sector of warships.

The key features of the USS Monitor are not only in terms of its length or its width but also in terms of the equipment which were used to build it. The ship is the first of its kind and holds immense history when it comes to the history of the Navy.

As we know, the ship was built to offer services during the American Civil war, and historians have claimed that the ship has rightfully served in the battles. The ship was immense in terms of size and with a historic steam engine. When it comes to the length, the ship had a length of about 179 feet (54.6 m). The ship had a beam, and it was measured to be around 41 feet 6 inches (12.6 m), along with a draft of around 10 feet 6 inches (3.2 m). The displacement of the sip was around 987 long tons, and it also had 776 tons worth of tonnage. The revolutionary turret of the ship was located right at the center. The ship's center gave it the ideal space to make room for two cannons that were around 11 in (0.3 m ) tall. The turret itself was about 108 in (2.7432 m), and the diameter was around 264 in (6.7m ). The two cannons that were located on the turret were Dahlgren smoothbore cannons. Another smart feature of the ship was that a thick belt hat was sput right in front of the ship. This belt was an armor belt that was being put down to protect the ship from the attackers during the time of the fight. The ship had a proper ventilation arrangement with the steam engine's help. There were two steam engines present within the ship. One steam engine would bring fresh air within the ship, and the other one would push the hot air outside the ship through boilers.

It was basically created for the American civil war, and after its creation, the ship took part in various battles. As we know, the major purpose of creating this ship was to fight wars. It has been noted claimed by historians that the ship could live up to that expectation.

The major event that the ship took part in was the battles that took place during the American Civil War. The ship was made with sufficient equipment like cannons, turrets, and especially iron. The ship was the first iron-made warship. This quality gave the ship an upper hand. The most significant incident revolving around the ship was its encounter with CSS Virginia. In the year 1862, CSS Virginia was destroying ships on the Hampton roads. Virginia had taken down multiple warships until the arrival of the USS Monitor. On the second day of the fight, CSS Virginia reached the Hampton Roads harbor and faced Virginia. After this encounter, a prolonged fight continued for around four days, after which USS Monitor gave the USA a strategic victory. According to reports, no major or serious damages were caused to other ships, but this encounter is to date considered an important event in the history of the Navy. Before this event, most warships were made of wood. But this event ensured the era of iron made warships. Even after the victory, the Monitor was towed by the USS Rhode Island. The USS Rhode Island brought the ship to North Carolina. Here, at Cape Hatteras, the ship was believed to have sunk. In 1975 the shipwrecks were discovered by NOAA, and then the wrecks were declared the First Marine Sanctuary of the Nation.

Q: What was unique about the USS Monitor?

A: A unique feature of the USS Monitor was its turret.

Q: How many guns did the USS Monitor have?

A: 2 cannons were known to be present on the ship.

Q: Who built the USS monitor?

A: John Errickson, a Swedish engineer, had built the ship.

Q: When was the USS monitor completed?

Q: What type of class ship was the USS monitor?

A: USS Monitor was an ironclad warship.

Q: Who won the comparison between USS Monitor vs. CSS Virginia?

A: In terms of the comparison of the structure between USS Monitor and CSS Virginia, it would be difficult for one to state. But when it came to the encounter, USS Monitor made a massive impact and won the battle.

Q: How heavy was the USS monitor?

A: Considering the fact that the ship was made of iron instead of wood, it had a weight of around 987 tons.

Q: What could have made the USS monitor more effective?

A: The ship was a masterpiece in itself, and there has been no specific fact to answer this question.